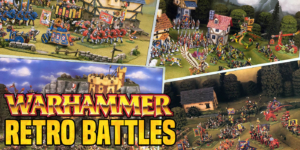 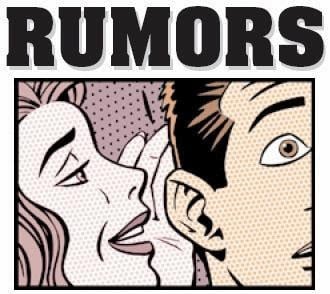 An interesting rumor bubbled up the day after Christmas – but the closer you look, the odder it gets…

First of all the rumor in question:

40K Radio announced this short blurt on their Facebook page:

The big 40k rumor is: This summer GW will release 7th edition 40k and 9th edition Fantasy has been shelved, for now… From what we understand the new Rulebook with incorporate data slates, escalation, stronghold assault, and some tweaks.

and regarding the source:

…same guy who gave us the marine stuff, dark elves, sentinels of terra, sisters dex, said there would be no Inquisitor game in November, and Tyranids in January, seems pretty damn creditable to me. In fact we are the only ones that have been correct for the last 6 months. But don’t let facts get in the way of your assumptions. (Kyle)

And that got folks off and running.
Folks right off the bat divided up into three camps:
– Some said, hey this is just GW mining the white hot 40K community for ever more money.  The codices and books have been coming down so fast, the game is getting to complicated already.
– Some said, this has got to be a bunch of BS.  There was no way GW would ever push off the much needed WFB 9th book which could a shot in the arm of that system’s ailing 8th Edition.  Why on Earth would a company put off that to push an unneeded and unprecedented 3-year edition change to a leading system that is already selling like hotcakes.
-Some noted that several weeks back 40K Radio announced that they had received a C&D from Games Workshop Legal regarding the release of all those Space Marine rumors and that this may in fact be a GW orchestrated “Canary Trap” to ferret out the leak.
Then it started getting weird…

By late afternoon, after completely dismissing this rather shocking rumor as complete bunk…  multiple sources sheepishly came forward and said that while they couldn’t exactly confirm the story, that they have heard similar product rumblings to that effect.  The general tone was not so much along the lines of a “New 7th Edition”, but more of a tweaked, cleaned up omnibus edition of the rules to codify all the new stuff and FAQs into a new book.  So really something more akin to a V6.1 updated and complete edition.

And to honest, with the machine gun releases we have been seeing from GW over the last few months, I can’t see them turing down any reason to crank out big thick high priced books that might appeal to a majority of their customer-base if they can pull it off.  We’ve already seen them cranking out those mini-rulebook hardcovers for both 40k and WFB that seem to be hits after all.
So where do I stand?
-A full new 7th Edition (after 3 years) – I still call BS
-But a “new fangled V6.1″edition rulebook that you can impress all your neighbors with… I’d give that a decided “Maybe”
-Anything that would delay WFB 9th: A truly lamentable occurrence if true.
Just before this article went to print, 40K Radio who had kicked off the entire affair was offering some clarifications.  I’ll let you read between the lines of this and tell me what you think it means:

First things first…..this is only a RUMOR. Albeit from a very reliable source. He has given us great info for the last few months. We only release info that our source says is ok for us to talk about. He initially gave us this rumor quite a while ago and we kept quiet on it until he gave us the go ahead. At this point it could be totally bunk and we will be the first to admit we are wrong. That is why at this time we are calling it a rumor as opposed to the facts we gave out about Space Marines, Dark Elves, Sentinels of Terra…etc. …

Warhammer 40,000 7th Edition Thread
~Everyone loves a mystery. So what’s your take on what’s really going on?