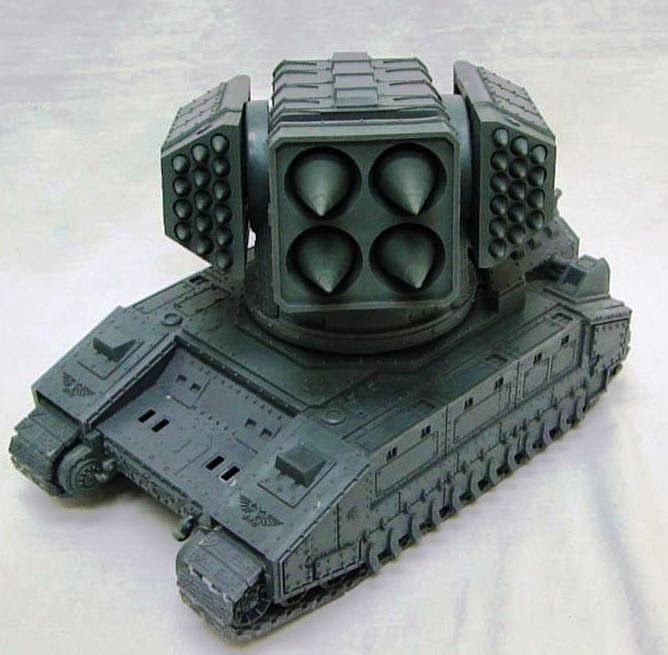 Have you seen this super heavy yet?

Introducing the World Ender Missile System by Blood and Skulls Industries (the guys that did that Dark Angels Angelus Redemption for charity over the break).

It consists of TWO different missile launch systems, both of which are pretty useful in larger scale games of 40k.  Plus it’s probably the biggest head turner I’ve ever seen, as nothing seems to attract more attention that four HUGE missiles on a Baneblade chassis.

~I think it’s compensating for something…