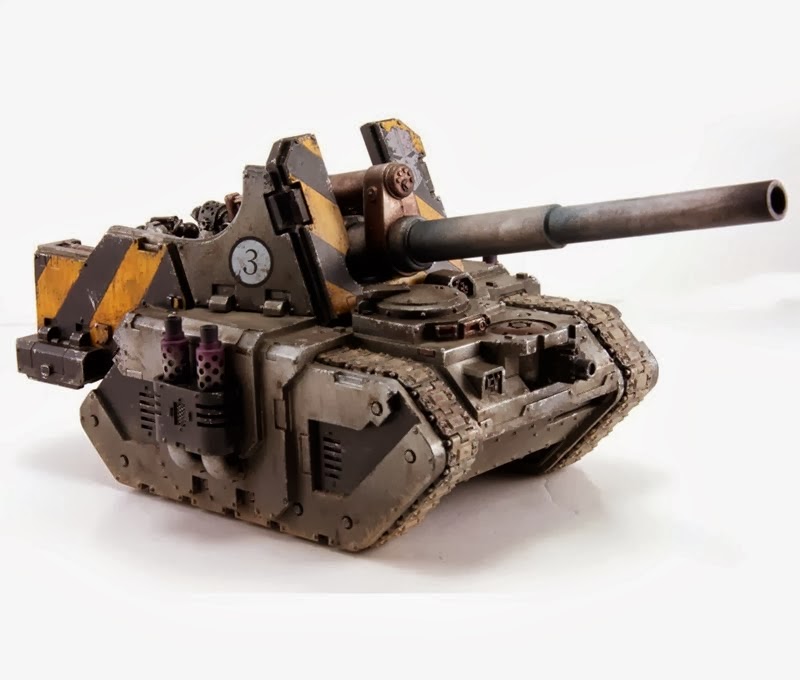 This new kit features a fantastic never before seen Chimera class chassis that could prove to be the basis for a ton of new “Imperial Army” kits, as well as Legion variants, for years to come.

It’s both highly detailed and extremely easy to assemble at the same time, plus features a movable turret and positional crew models as well. If this is a sign of how Forge World will be designing their vehicle kits from now on, I’m stoked for whats next. Legion Basilisk is available for 59 pounds (~$95) from Forge World.

As cohesive fighting forces able to operate and conquer in any theatre of war, the Space Marine Legions maintain their own mobile heavy artillery units. The long-range cannon armed Basilisk is one of the most common artillery units used by the Legiones Astartes and has proved its effectiveness both for protracted bombardments and as a defensive weapon against enemy armour.

Author: Robert B
Robert is a veteran tabletop and miniatures gamer, and writer with over 20 years of experience. His specialtiesies are the worlds of Game's Workshop's Warhammer. He began writing for BoLS In 2010.
Advertisement
Forge World Horus Heresy Miniatures Unboxing Videos
Advertisement

40K: Common Forge World Units and How to Defeat Them