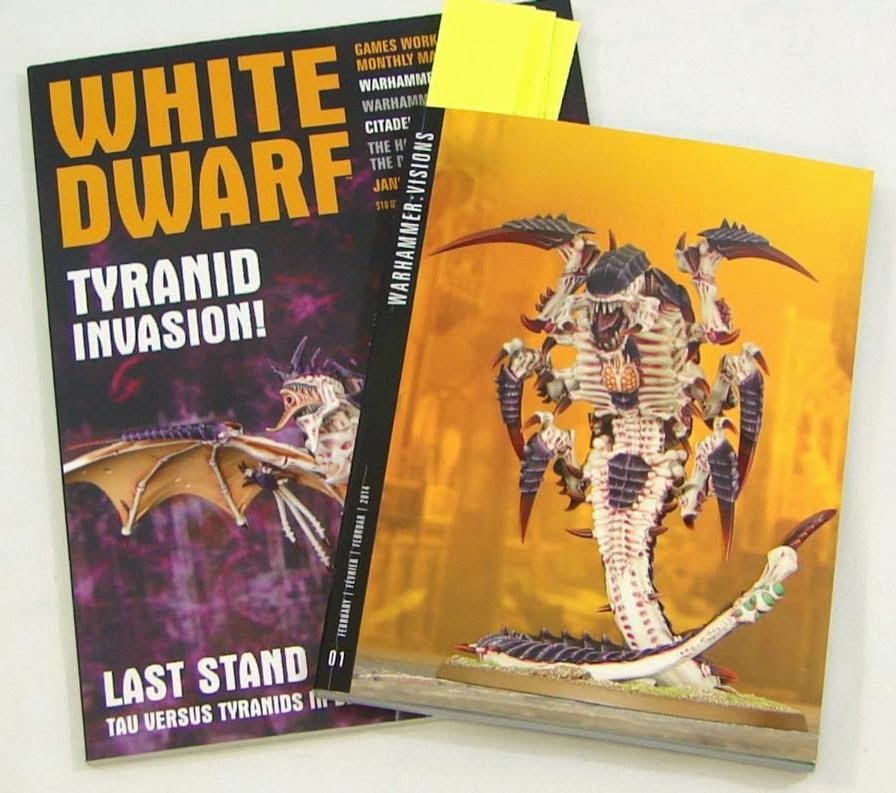 Y’all ready for this? I’m sitting down with the new White Dwarfs, a video camera, and a strong opinion.

In case you haven’t heard yet, there are basically TWO White Dwarf publications now.

One is $4 US and will come out weekly to showcase new releases etc, and the other will release monthly for $12 US and contains all the content that the other does not. Why the change? Good question.  No one seems to know for sure, but the rumormongers seem to think it was to control all the leaks that seemed to be coming from the old White Dwarf.

So where does that leave us? Does anyone even care?  Is there a power struggle between the White Dwarf Studio and Games Workshop HQ?

Heck I don’t even know anymore, and honestly I’m probably the last person to ask.

Regardless let’s take a look at the “new format”.

It’s basically written by the old White Dwarf staff, and contains most of the same articles that it’s featured since the last format change back in September 2012.

Out is Jervis Johnson’s mailbag and other gabby articles.  In are all the short, picture heavy features that are ideal for this new format. Kit Bash, Paint Splatter, Army of the Month, Blanchistu, and Parade Ground are all back, as well the monthly Battle Report. Let’s break down by the numbers.

The White Dwarf (Warhammer Visions) is 220 pages, comes in a smaller format, and contains no new release material / ads.  It costs $12 US. The old White Dwarf was 150 pages,  contained about 100 pages of actual content and recently began to cost $10 US.

If you compare them on a page by page basis, the new one costs about 19 cents per page compared to the old one at 15 cents. You can of course make several more intelligent comparisons based on the physical page size reduction of Warhammer Visions and the fact that it’s printed in three languages now as well.

However you look at it though, Warhammer Visions is basically a White Dwarf minus new release features, and lengthy articles.

I for one welcome our new White Dwarf overlords -MBG
Advertisement

Author: Robert B
Robert is a veteran tabletop and miniatures gamer, and writer with over 20 years of experience. His specialtiesies are the worlds of Game's Workshop's Warhammer. He began writing for BoLS In 2010.
Advertisement
Games Workshop Review Videos
Advertisement 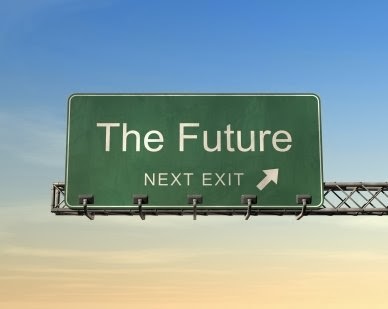