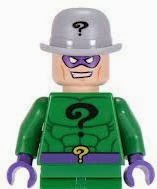 Where do you stand? Checkout these mind-twisting Imperial Knight rules conundrums!

The first seemingly obvious question has to do with a previously obscure Universal Special Rule, but there are a few more small things that you may find perplexing as well when it comes to piloting a Knight Titan.

Strikedown
According to the Super Heavy Walker rules, all the Knights attacks have Strikedown. However when you read the actual rule in the main rule book (pg.43) there is some ambiguity as to just what “an attack” is.
The only specific place in the rule book that mentions what “an attack is” is in the Close Combat rules section, and while attack values are listed in almost every model’s state line, their only use is in close combat.
However some Universal Special Rules refer to attacks as being in both the assault and shooting phase (such as Preferred Enemy pg. 40). Ion Shields are great at deflecting enemy fire, but don’t forget to turn them on when striding into battle.
Keeping your knight in reserves may seem like a good idea, (especially if you roll the warlord tactic that lets you outflank them) but remember that your Ion Shield is not set to a facing until your opponent’s shooting phase.
So you may want to be careful of your Knights final position when arriving from reserve, if your opponent has interceptor fire, as your Knight will not benefit from it’s Ion Shield until your opponent’s actual shooting phase.
Leaving your Knight in reserve, does not count as “being deployed” (BRB pg. 121 and 124), and thus you do not get a chance to set it’s shield (IK Codex pg 62, 63). Hips Don’t Lie
Super Heavy Walkers can target their weapons at separate units when they fire. Most weapons on these models can be moved independently of each other and rotate freely on some sort of axis (unless they are fixed to the hull).
They also follow normal shooing rules for vehicles as well.  So according to the main rulebook, a walker model can pivot on the spot in the shooting phase, for free, to direct it’s fire at the enemy (pg. 84 BRB), however this will determine it’s facing to enemy return fire as well.
This can make deciding how to position your Knight Titan tricky, as most likely you’ll want your front armor pointed at the enemy, as well as your Ion Shield.
However you can use the Vehicle Weapons and Line of Sight guide (pg. 72 BRB) to determine what each weapon can really see on the Knight, as they move much like an axial sponson mounted weapon does.
Who’s on First?
Barrage is very effective and highly demoralizing weapon in the grim dark future, and it’s great for trying to snipe characters as well.
When they hit vehicles, you roll against weaker side armor values for armor penetration, which was pretty cut and dry as far as rules goes…. until now.
How do you penetrate a vehicle that has the same side armor values, but one of those side facings *may* have invulnerable save due to the Ion Shield being set to it?
According to the main rule book rulebook hits against vehicles are always resolved against their side armor (pg. 34)
Big picture question; does the Knight get an Ion Shield save against Barrage attacks, and if so how would you apply it? All Your Base…
If you take some of the new Knight models as their own main detachment, they become scoring units and make having an army of them viable right?
Yes… sort of?  Sure they score and that’s great for holding objectives and all, but even if a vehicle can hold an objective it still can’t contest one (denial units BRB pg. 123).
Vehicles are not denial units, so literally if an Ork Gretchin walked up next to a Knight titan on the last turn of the game, and it could maneuver within three inches of an objective, the Grot would score the objective. Now there is several caveats here; one being the gi-normous base the Knight is on.
2.) Clever players should be able to angle the base to safely keep even models in base to base with it more than three inches away from an objective.
3.)  It’s a titan. In general it kills things pretty easily, so most models will not try to sneak up on it to score said objective.
4.) This is easily fixed with an FAQ update.
But alas, it seem like the last real FAQ update from Games Workshop was almost a full year ago..  (Sorry but updating the Techmarine’s servo arm to be the same in all Astartes books last September doesn’t count as a real FAQ update either.)
So what do you think? Have you found any other rules conundrums for the Knight Titan?
-MBG

Author: Robert B
Robert is a veteran tabletop and miniatures gamer, and writer with over 20 years of experience. His specialtiesies are the worlds of Game's Workshop's Warhammer. He began writing for BoLS In 2010.
Advertisement
Imperial Knights Rules Warhammer 40k
Advertisement

Top 8 Things I Learned About Knights in the Compendium 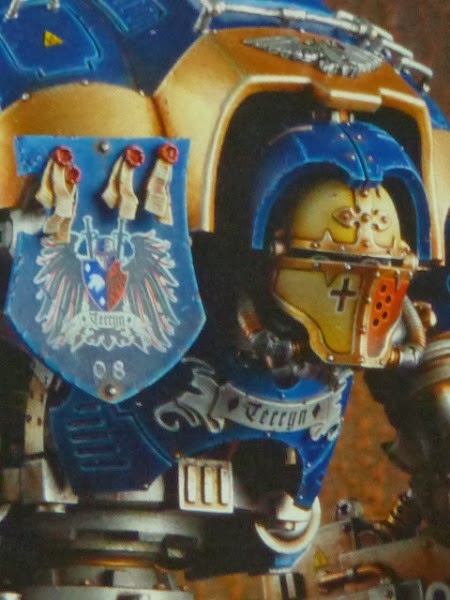