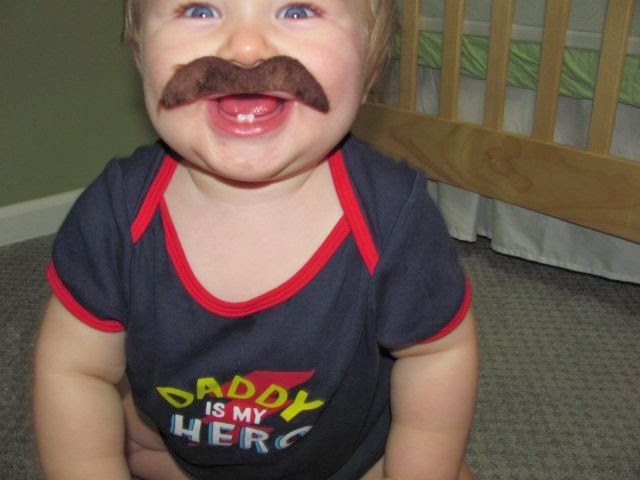 You know the Goat – he just can’t follow directions.  Here are some awesome kit mashups you WONT believe!

Goatboy here again and I have had an interesting couple of weeks.  A few of you are friends on Facebook so you know that I had amazing news as well as sad news.  Will start with the sad – I had to put down a beloved pet.  The very same day I found out my wife is pregnant too.  So a very hectic week that left little time to try and break down some kind of 40k strategy, lists, or ideas.  So with that in mind – look for some Knight stuff next week.

So yeah – then what the heck am I going to talk about this Monday?  I think I have been a bit burnt out by the overall feeling of dread when playing competitive events and have slowed rolled back into thinking of the modeling aspects of the game.  Really that is the biggest thing that keeps me knee deep in expensive plastic kits.  It is why I haven’t switched to another system because I really don’t like most of the other games models.  They ones that I feel are designed well end up being in metal and that is just something I don’t want to deal with.  Even if they are plastic the designs just feel weird for no reason and the fluff does nothing to excite my inner evil.  So that leaves me with 40k for now.

So with that in mind my plans for the coming weeks is to hopefully get an interview done with this amazing modeler, build out some of my Goat Knights and maybe even get more commission work done.  It never ends for the Goat haha.  I want to go over some of the newer models I built up in the last few weeks and showcase some of my crazy Daemons.  I don’t know why but I just love to build evil looking models.  You can see it when I play video games too.  I just like to be the bad guy.  I think they look cooler and design wise seem more fun to draw, build, or paint.

Onto the Kits!
The first new model is a combo kit based off the Slaughter Brute, Vengeance Weapon Battery, Green Stuff, and Defiler/Soul Grinder parts.  I have a lot of bits if you haven’t figured that out yet. I originally use the pars of the Slaughter brute to make a Daemon Prince so I had Greenstuff plus the Mutalith parts laying around.  I glued it to the start of a Defiler and just left it half built for a long time.  I finally got around to building it up again a few weeks ago and thought – screw it I need a 3 “new” grinders got this guy together.  I was trying to think how I could get the “Harvester Cannon” to look right and found the Punisher cannon from the Vengeance battery kit laying around.  As usually I get a little crazy with the Tentacle Maker.  It is just super easy to make those things and you can’t leave Greenstuff to waste right?
I’ll probably end up adding more to this paint wise as I couldn’t find my gloss to make the tentacles shiny.  It is frustrating to have all these paints there but not your dang gloss hah.  I usually run him as a Mark of Slaanesh Grinder with the Baleful Torrent weapon.  He breathes goo all over your business and doesn’t call you the next day for brunch.  What a Jerk. This next one was due to buying a lot of Daemon stuff from a local guy.  I ended up having another Daemon Prince in the box and thought – I have some random bits let’s make a running DP trying to get to the bus.  Again this guy was based off the regular Daemon Prince model, Forge Fiend/Maulerfiend arms, legs, tentacle and as usual Green Stuff.  I usually use hims as the final Daemon Prince of Slaanesh named Bubbles.    Just a quick build/paint to satisfy my desire to not paint client stuff one night. This isn’t a conversion as it is just the top from the Dark Elves Blood Cauldron.  I just really wanted to paint this model and use it as a Keeper of Secrets.  He knows what you do at night and your secret Live Journal Page.  He was fun to paint up and just has that – come at me bro look. I made these “Fiends/Chaos Spawn” out of Crypt Horrors, Crypt Ghoul Arms, Greenstuff, and Plastic bee bees from airsoft guns.  I wanted to try out Fiends as an answer to all this 2++ nonsense so will see.  Plus I wanted some creepy looking models.  I will end up goofing around with a Spawn nonsense using Chaos and Friends.  I think it might work so will see haha.  Plus – these guys are super creepy hahah. I saw that crazy Chaos Chariot thingie and thought – this would be a great Herald of Khorne.  Thus this guy was borne.  I haven’t used him yet but I need to finish more Dogs to make it a worth wile unit.  Still he was fun.  I think the Letter was from an old Metal Juggernaut boxed set.  I had a bunch of those back when I ran Thunder Wolf Lord Armageddon.
Finally I have something non daemon with my custom Cypher.  I figured people would want to mess with him locally and having model makes it easier to play with.  In fact having painting models on the table makes even getting your butt kicked by stupid armies somewhat ok.  Meh… but that is another rant for another day eh? I wish I had some doves to fly out around his feet.  But I am still looking.  I can find bats?  Maybe that is just the perfect amount of grim dark eh?  He is a Dark Angel kit bash with lots of random bits and pieces.  I think the Plasma is from the Bezerker box and he has a sword combed from lots of random bits to get a decent shape.
So that is it for now – look for an interview coming up with an modeler that just kicks the crap out of me.  Heck I blame him for my constant desire to make more Daemon Princes and random models.  I still want to write up a quick “Inquisition” style Kill Team game.  Just figure out a way to run actual Inquisitors and bad guys in a game that works.  Will see if I get the time (probably not).  Until then keep rolling 6’s.
~Which one is your favorite?