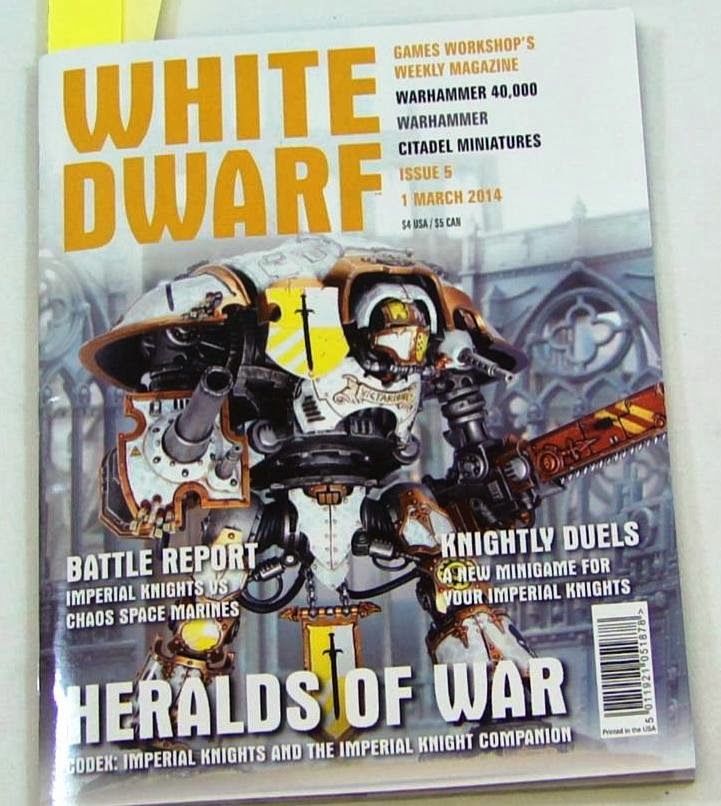 The Knights are coming, and they’re bringing their own codex too!

The newest Weekly White Dwarf is here, and the yet again the rumors were true and the Imperial Knights are getting their own book!

Clocking in at about eight inches tall, the new Imperial Knight kit has got everyone buzzing.

As for the White Dwarf itself, once again this issue was 32 pages long, and of course showcases the new Knight model, and all sorts of fluff and hobby related articles on it.

In case you missed the news last month, White Dwarf is now $4 an issue and is released weekly four to five times a month.

This issue is numbered #5 and dated March 1, so it appears they will keep moving forward with their numbering nomenclature from the reboot of the magazine in the first week of February. I think so far the changes has been a boon to both independent retailers and Games Workshop stores themselves as great way to deliver content, and get more hobbyists in the door weekly!

Jervis Johnson once again returned to weave a fantastic tale about new digital releases, and hiding things from GW management. Another great reason to pick up this issue is another fantasic Paint Splatter article,  this time by Duncan Rhodes (my favorite studio artist) and a really cool painted showcase on the Imperial Knight itself. While there was no “official” rules section (that showcases the rules for that weeks releases ahead of the main book release for that faction) this issue,  there was a great article on applying transfers (decals) that is very relevant now that the Knight comes with a HUGE sheet of designs to choose from!

I’ve noticed that besides Airbrushing, applying decals seems to be one of the most mystifying aspect of the hobby out here, and I am glad they address it in this issue.

Overall I think this is a GREAT supplement to the new Imperial Knight release, and I am definitely recommending this issue as a must have for anyone buying the new model kit!

Is the new Knight Model for you?-MBG
Subscribe to our newsletter!
Get Tabletop, RPG & Pop Culture news delivered directly to your inbox.
By subscribing you agree to our Terms of Use and Privacy Policy. 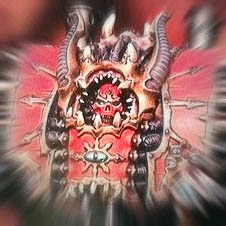