40K: Commissars & Bullgryns are on Shelves! 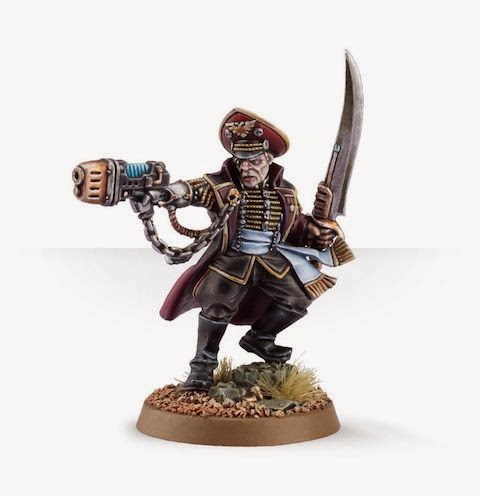 It’s been an exciting 3 weeks but the final bits of the Astra Militarum are on shelves.  Let’s take a look: The abhumans known as Bullgryns are a formidable sight to behold. Clad in custom-made carapace armour made from the discarded tracks of a Leman Russ, they carry crude assault weaponry that capitalises on their stature and resilience.

This multi-part plastic kit makes 3 Bullgryn miniatures which can be armed with either grenadier gauntlets and slab shields or battle mauls and suppression shields. Why not make one Bullgryn into a Bone ‘ead? These natural leaders have distinctive metal plated heads so they really stand out in the unit.

These miniatures can be assembled with bare head or with gas mask as either Militarum Auxilla Bullgryns or Ogryns. You also have the option to make the special character Nork Deddog. Standing proud amid the blood and thunder of the front lines, a battle-scarred Commissar sets an unfaltering example to the men he leads. To the masses of humanity, these men are symbols of Imperial authority whose sole remit is to ensure that all do their duty in the Emperor’s name.

This kit makes one plastic Officio Prefectus Commissar who can be equipped with either a bolt pistol or plasma pistol at the end of his bionic right arm and while his left hand wields a power sword. And for the truly rich among us… Who’s picking up what?  It sure looks like we have another top tier army on our hands – so get ready to see AM all over the place.