Wood Elves are all the rage this week.  Some Forge World and more. The Treeman Ancients are the oldest of all the Treemen of Athel Loren, and it is their magic that nurtures and shapes the forest’s growth. Slow to anger, they only answer the call to war when times are dire, when their leadership can rouse the forest of Athel Loren to its full fighting fury.

Customise your Treeman by adding ethereal spite-creatures to the base, branches or roots. There are eight fantastical little spites in this kit to choose from.

This multi-part plastic kit makes one of three miniatures: the Treeman, the Treeman Ancient or the special character Durthu. Each variant has a unique pose, a different head and its own weaponry options. The guardians of Athel Loren care little for the outside world. Theirs is an existence shaped by the passage of the seasons, by ancient magic and by folklore.

Warhammer: Wood Elves is a 96-page, full colour hardback army book. Inside you will find:

– The history of the Wood Elves and the tale of the founding of Athel Loren.
– Detailed descriptions of all the Wood Elf characters, units and monsters.
– The full lores of High and Dark Magic, and the magic items available to Wood Elf armies.
– A showcase of Citadel miniatures from single models to vast armies.
– The Wood Elves army list. Araloth, the lord of Talsyn was once a feckless coward who allowed others to go to battle in his place. Transformed by an unforeseen encounter he is now a fearless hero of Athel Loren and his triumphs in battle are the inspiration for many songs. Armed with a spear, shield and his flying companion Skaryn “the eye thief”, Araloth defends the forest when the spirits slumber. Shadowdancers form the devoted priesthood of the Trickster God, Loec. Only they know all the paths through Athel Loren, as they tread the paths of the Dreaming Wood as surely as they do the mortal world. In battle these wizards are the most dazzlingly swift and most feared of all the Wardancers. They prefer to confound their enemies with deceptions of the mind, but when required they can deal instant death.

The Shadowdancer is a Citadel Finecast miniature that is armed with a spear and sword.

Wood Elves neither covert nor embrace anything that lies beyond their borders. Nor do they favour one lore of magic over another, they happily use whichever best serves their needs.

Other items:
Wood Elves Army Book Limited Edition $90
Advertisement
Wardancer Troupe $62
WOOD ELVES WEEK 2 RUMORS
-Giant hawk based triple unit-combo kit
-Mounted unit (stags)
Todays batch of gamer magnifying glass examination reveals:
The various pictures going around have shown what appears to be 2 distinct types of mounted deer/stags of some type, so it seems a safe bet we can pencil those in (almost certainly a combo-kit).
A new character with two axes
The Eternal Guard box looks to be are a dual-kit with Waywatchers.
Full Wood Elves Rumor Roundup
FORGE WORLD NEW RELEASES Originally Posted by Forgeworld
The Krios Battle Tank is a vehicle of arcane and ancient design that fulfils a tactical role within Mechanicum armies similar to that of the Predator tank more widely used by other forces of the Imperium. Its durability is provided by interlocking defensive energy fields, rather than physical armour, lending it a deceptively skeletal appearance.The most common armament mounted upon the Krios is the lightning cannon. This configuration takes advantage of the tank’s powerful on-board reactor’s vast energy capacity to create a laser-path guided electromagnetic beam, able to vaporise flesh and rupture heavy armour with ease.The Mechanicum Krios Battle Tank is a multi-part resin kit, designed by Stuart Williamson, and is available to pre-order now for despatch on Thursday 1st May. Originally Posted by Forgeworld
Tech-thralls are created by the Mechanicum through basic augmetics and cranial surgery as the need for them arises and, in the case of the Legio Cybernetica, the use of captured prisoners and criminals requisitioned from local authorities is common.Considered a lower order of being than most servitors by their masters, the ultimate fate of most tech-thralls is to end their lives recycled into servitor components and their implants harvested for use in future thralls as their bodies fail under the relentless toil to which they are subjected.In times of war Tech-thralls are formed into expendable units called Adsecularis and armed with basic weapon systems such as the mitra-lock, a compact multi-chambered variant of the las-lock, designed to discharge a simultaneous volley of las pulses in a fan effect.The Mechanicum Tech-thralls with Mitra-locks are a multi-part resin kit comprising five models armed with mitra-locks. Designed by Mark Bedford this kit is available to pre-order now and will be despatched from Thursday the 1st May.

Originally Posted by Forgeworld
Contemptor Dreadnoughts can be armed for a variety of differing battlefield roles. Sometimes they are tasked with spearheading assaults against enemies in fortified positions. In these circumstances the chainfist is a formidable tool for breaching bulkhead doors and cutting a path through the armoured hulls of tanks.The Contemptor Chainfist, designed by Will Hayes, is a multi-part resin weapon arm for our range of Contemptor dreadnought bodies. The arm includes a meltagun and graviton gun options as secondary weapons.This kit is available to pre-order now and will be despatched from Thursday 1st May.
And what is in store for the future of the Horus Heresy?  Check out the Horus Heresy Weekender schedule.
And please all take time to send your sympathies to our fearless leader, Larry Vela, on the passing of his mother.
Nykona

Author: Nykona Sharrowkyn
Nykona is a long-term tabletop wargamer and miniatures painter with over a decade of experience. His specialty is Warhammer 40,000 and the Horus Heresy series by Games Workshop. He began writing for BoLS in 2013.
Advertisement
Tabletop News
Advertisement 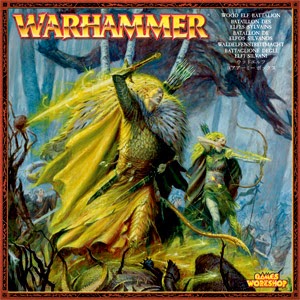