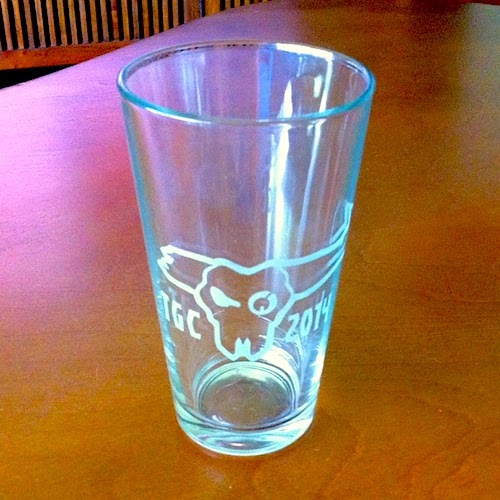 It looks like such an innocent little glass doesn’t it.  Instead it may just be your portal to gaming paradise… Get your game on at Texas Games Con! The largest tabletop gaming convention in the Southern US is headed into its 6th year here in Austin, TX. THE CART IS OPEN!

We have tons of games and tournaments for every type of gamer – from kids just starting out, to gaming veterans. We have everything from tabletop miniatures games, to collectible card games, and even boardgames. This year’s events will include a Warhammer 40K event track, a full Warmachine Iron Arena event, an X-Wing tournament, and many more.