Hello there everyone, I’m Learn2Eel from Imperator Guides and today I’m going to be taking a look at the most ancient and revered warriors of the Space Marines, the Dreadnoughts.

Though the unit is as iconic as they come, the sad truth is that these fallen warriors destined to fight on despite life-damning wounds don’t have rules to match their amazing feats on battlefields past and present. Overview – Walkers are very much a by-product of 6th Edition in that, through various rule changes, they simply aren’t as valuable as they otherwise used to be. They generally aren’t durable enough, they lack focus or they are too expensive for what they do; particularly compared to their non-vehicular rivals, monstrous creatures, who received irrational buffs in the edition switch. Dreadnoughts are often at the fore-front of such critiques, and despite a minor points drop and the significant price reduction of the ‘new’ Venerable upgrade, this is still largely the case. They try to be a multi-purpose unit but can’t quite do as well in such a role as you would like. This is due both to their relative fragility for the points cost compared to other vehicles such as Predators, and their rather low damage output overall unless you focus them on a specific kind of death-dealing. If you want them in melee, their greater vulnerability in combat through easier-hitting krak grenades and melta bombs and low number of high Strength attacks make them less than ideal, particularly given their average stat-line and lack of assault grenades. At range, outside of the ‘rifleman’ configuration featuring two twin-linked autocannons, they don’t offer enough fire power to really warrant their points cost against other battle tanks in the Space Marine armoury. When you mix and match a ranged weapon and a close combat weapon, the Dreadnought’s damage output in either case is reduced rather largely. Unlike the more competitive walkers in this edition – such as Soul Grinders or War Walkers – Dreadnoughts don’t offer one of the sheer firepower, extreme mobility, melee prowess or durability to really be a stand-out choice. They pay to be a utility vehicle, and though they aren’t by any means bad, they aren’t great either. Try to specialize them at long range shooting, or deliver them as a suicide anti-tank unit, and they should do just fine. Otherwise, I feel your Elite slots are better used elsewhere than on these mighty, fallen warriors.

How to Equip Them – Dreadnoughts do have lots of options, but these generally boil down into two main ‘builds’. The first is the classic ‘rifleman’ Dreadnought, armed with two twin-linked autocannons. It is a decently durable and damaging generalist unit with long range and reliability, providing solid damage output for the points and a strong solid choice for an Elite slot. Taken either in a pair or trio will lead to the best results, as one is a bit too much of an odd duck and consequently an easy target for your opponent. This also allows the Dreadnought to stay away from melee and not get tied up with its low number of attacks and increased vulnerability to krak grenades. The popular alternative build is to take a multi-melta, slot the Dreadnought into a Drop Pod, and call it a day. This provides your force with a relatively cheap suicide unit that, as an AV 12/12/10 walker, is decently durable and can ignore small arms fire while having a good chance of destroying a valuable vehicle on the first turn. Dropping on the second turn against Eldar, for example, makes it likely their Wave Serpents will have used the Serpent Shields, leaving them highly vulnerable to an AP1 melta weapon. And besides, taking the chance to destroy a Land Raider or other such high value target – particularly when it is a transport – is well worth the risk and price of the Dreadnought. This tactic is further boosted by the use of Vulkan in a Salamanders primary detachment, but it isn’t necessary for the unit to be successful. Generally speaking, melee Dreadnought variants don’t perform well at all in 6th Edition as, despite the obvious deployment edge provided by a Drop Pod, they are too easily destroyed on a turn after the drop if your opponent is worried about them getting into combat. Additionally, trying to ‘run’ a Dreadnought up the field is tantamount to suicide in an edition with so much high strength shooting, cover or no. As a gun platform, the only really worthwhile build is one the ‘rifleman’ variety, as the other weapons cannot be doubled up on and thus leave the Dreadnought in a mixed, and less useful, role. Dreadnoughts realistically don’t need extra armour as they are often in a long range role anyway or, in the case of one in a Drop Pod, it has likely already served its purpose or will be destroyed regardless – they almost never survive past the drop, I’ve found. The under-slung guns need not be changed, as a drop Dreadnought should have a multi-melta anyway, wasting the heavy flamers, while an Ironclad – as an actual assault walker – benefits more from them anyway. As to the Venerable option, this is a matter of preference and points. Statistically, a ‘rifleman’ will hit four times at Ballistic Skill 4 anyway due to the re-rolls to hit. However, making a Dreadnought with a multi-melta Venerable pretty much eliminates any need to take Vulkan, going from a 1/3 chance to miss to a 1/6. I’ve found that as AV 12 vehicles tend to die to massed glances from Strength 7 or 8 weaponry anyway, the Venerable upgrade isn’t really as good as it was in 5th Edition and is mostly an unnecessary upgrade.

Where to Put Them – If you are running a gun platform variant, I recommend keeping them in the rear or middle of your deployment zone where – on a typical 6×4 gaming board – they should have range to most of your opponents army, provided you took the autocannons of course. Realistically, 48″ allows them to out-range most units, so try to maximise on this by using your deployment zone to stay out of their range but keeping them in range of your guns. They work pretty well in close proximity to objective-camping squads so that either unit can provide fire or situational melee support for the other, and can even sit out on the flanks unsupported if you so choose. As for melee or close-range builds with a multi melta or assault cannon, I recommend taking a Drop Pod; it is a cheap transport that gets the Dreadnought as close to its targets as possible to maximise its’ short ranged damage potential.

Best Uses – I feel that Dreadnoughts sadly are quite limited in terms of viable builds at a competitive level, but that isn’t to say they can’t be useful outside of those builds, just that you will likely get more mileage from them. Keeping a ‘rifleman’ Dreadnought in your back-field to hunt light transports and even other AV 12 or lower walkers is ideal, and make sure to keep them out of assault range; they make for ideal targets for spawned Termagant broods that can easily tie it up in combat for the majority of a game. Keeping counter-assault units such as Vanguard Veterans or Assault Marines around for this purpose can be an astute tactic; just be aware of course not to waste those units’ offensive potential. Though opponents will often ignore these Dreadnoughts because their damage output doesn’t scream “kill me”, be sure not to leave them unsupported as they are quite easily destroyed or neutralized by concentrated fire or melee. Dreadnoughts in Drop Pods armed with a weapon of your choice – preferably a multi melta – are quite distinct in that they don’t require support whatsoever; they are there to provide an immediate threat to your opponent on the first turn and turn their attention away from the advancing bulk of your army. If they manage to pop a tank or get in engaged in combat with a fragile unit on the way, all the better! Just try not to drop them in a position where your opponent can easily neutralize them – don’t expose your rear armour if it is possible – and focus most of their firepower on the main army if at all possible, though as a suicide unit, this isn’t as big a worry as it would be for other more valuable units such as Sternguard Veterans.

Chapter Tactics – As vehicles that aren’t dedicated transports can only get tangible benefits from two of the codex Chapter Tactics, covering this is almost pointless. However, it goes without saying that Iron Hands benefit Dreadnoughts the most; alternatively, a Salamanders army led by Vulkan gives a suicide Dreadnought with a multi-melta much greater reliability. Thanks for taking the time to read this article! I am eager to hear your thoughts on Dreadnoughts and how they have shaped the many fields of war. Have a nice day!

“Only when the last xenos has been scoured from the galaxy shall the Imperium know peace.“
– Captain Do’tharri of the Iron Lords
Subscribe to our newsletter!
Get Tabletop, RPG & Pop Culture news delivered directly to your inbox.
By subscribing you agree to our Terms of Use and Privacy Policy. 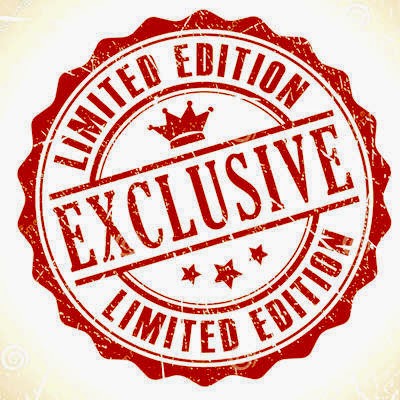