The Ork codex “preview”  accidentally was selling the full codex for a bit.  Here’s the latest batch of confirmed rules:

So apparently the Full Ork codex as up for sale for a short period of time instead of the preview and a handful of people bought one.  Skullchewer has an update for the BoLS community (thank you kind sir!)


Ork Psychic Powers
Primaris power is Frazzle (Blast witchfire).
‘Eadbanger is now a focussed witchfire.
Warpath is a self blessing
Da jump is what used to be ‘ere we go.
Killbolt is a beam attack.
Power vomit (Yes really) is a template witchfire.
Da Krunch is a barrage witchfire.

Mob of boys is 10. Costs the same as 10 used to. One in 10 can take special weapon (Same but rokkit cheaper than it used to be). One model may be a Nob, may select from Ranged or Melee weapons list (Pk, Big Choppa, TL shoota, kombi rokkit, kombi skorcha)o. Trukk as DT. 1 boy in 10 can select

How much do nobs cost in a unit? Cheaper
As well as pk? PK is same cost as before, so overall cheaper than before.
Is bosspole included in the cost? No.
Have warbikers gotten cheaper? Yes.
Have warbikers retained their 4+ cover rule and s5 TL Assault 3 gun? Sort of, base is the same, turbo boost adds +1 to cover.
Any other changes to warbikers at all? Not so far as I can tell with all this cider sloshing around in me.
Have nobs pts changed? As a stand alone unit, yes. 2 nobz, 1 boss nob. Cheaper.
Can they still take warbikes? Yes.
Does a choppa now give +1 strength? Nope.
do painboys take up an hq slot, can they join any squad and can they take a bike? Yes, don’t know, yes.

Stormboyz: Cheaper for base unit, up to 30 in a unit, one can be a noss nob and take a PK/BC andf a boss pole.
Models equipped with rokkit packs gain the Jump unit type
Unit can choose to use them to Run 2D6″ in the Shooting phase instead of the normal D6″ even if it used them in the Movement phase.
If it does so, every model in the unit must take a Dangerous Terrain test.

Deff Koptas are still in, and as with the buggies it’s still the same model pictured.

Da Rippa: This gun once belonged to the Ogryn bodyguard of a sub-sector governor. The Kaptin has since had it kustomised to fire unstable plasma canisters instead of extreme-calibre bullets.
Same statline.

“Ork units under 10 men take d6 wounds and run away on a 4+ instead of taking a leadership test!! Am I reading it right?”
No, they just fail the test.

“Could you confirm some of the info circulation?”

– Embarked KFF no longer extend and only protect the vehicle (the one on the Morkanaut still working normally thought)
“The bearer, and all models within 6″, receive a 5+ invulnerable save against any shooting attacks. If the bearer is embarked in a vehicle, then the vehicle receives a 5+ invulnerable save against any shooting attacks instead.”
Morkanaut does not mention anything specific, however the model has the KFF on the outside, not inside as it would be on a Big Mek embarked so I imagine it works as normal.

– No Bikes as troops
Not seen anything to replace Wazzdakka making bikes troops
– No Kanz as troops
Uh, no? Was this ever a thing?

– Kanz can’t get two shooting weapons, have to take their own version of a Ld test when suffering 25% casualties
Correct

– Ork flyer no longer doubling its shooting output during a Waaaagh
Dakkajet and Burna Bomma and Blitza-Bommer all fire one more shot per assault weapon on a WAAAGH! 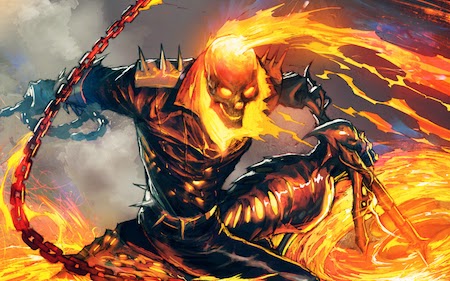