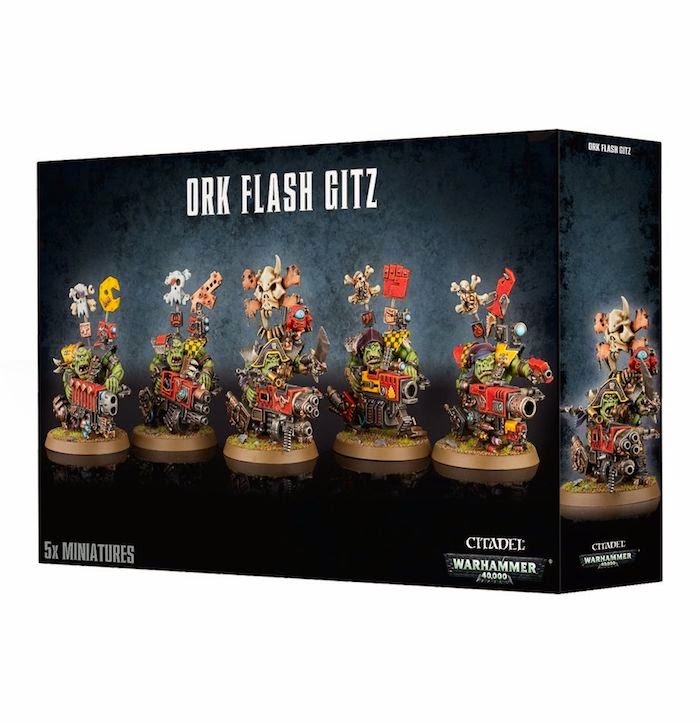 Flashgitz are unveiled by GW, and they aren’t alone.  Here’s all the latest releases: Behold the Flash Gitz! The richest and most obnoxious of all the Orks. These wanton mercenaries travel the galaxy flaunting their flashy kit and engaging in acts of outrageous piracy. But don’t be fooled by their ostentation. A mob of Gitz are exceptionally skilled at breaking ‘eads and they are lethal in a firefight – Gork knows when they open fire it’s nothing short of cataclysmic.

This multi-part plastic kit makes five Flash Gitz armed to the teef with flashy snazzgun’s. Channel your inner Mek by assembling these kustomised weapons with the engine, gun body, magazine and under slung secondary dakka of your choice.

One Flash Git can be assembled as a Kaptin, complete with gitfinda squig and a bionic cutlass-wielding arm. You can customise your Flash Gitz with a host of optional extras including eight back banners, eleven heads and grenades. Flash Gitz on a roll $172 (GW webstore exclusive)
This collection includes 10 Flash Gitz and a Battlewagon.

40K The Helldrake - In the Balance 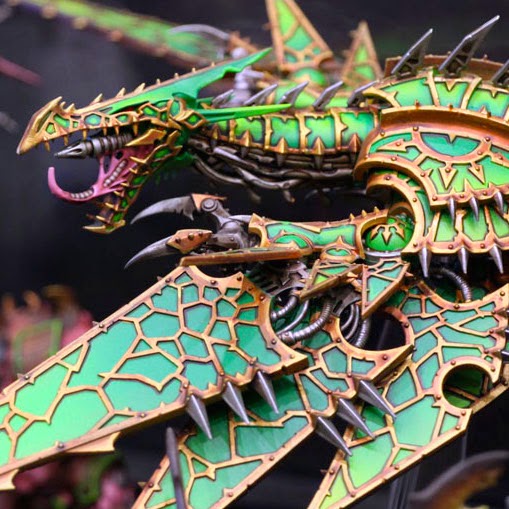