It’s been a CRAZY week on the GW News and rumor front this week.  Let’s catch up! Black Library put up the full codex by accident for few minutes instead of the preview and some lucky gamers bought it.  Here is only a small excerpt of what came out:

This 104 page hardback Codex is the definitive guide to the Orks. It presents their unrelentingly brutal history and explores everything from their origins to Ork Kultur. It is also packed with full -colour pictures and full descriptions of each Ork unit, the rules for that units use and an army list. This Codex enables you to organise your collection of Citadel miniatures into an army worthy of the mightiest Warboss. Additionally, the Warboss Edition includes eight art prints within an art wallet; these are the covers of previous Ork books, from ‘Ere We Go and Freebooterz to the latest Ork Codex. As if that isn’t enough, there is a set of brushed metal coins numbered ‘wun’ to ‘lotz’, ideal for marking out objectives in games of Warhammer 40,000. Mek $21
Ork Meks are eccentric inventors that possess a natural ability for creating wotzits and fixin’ gubbinz. From building deadly dakka from scrap to creating wobbling bubbles of force to protect da boyz from harm, Meks can do it all.

This single frame plastic Mek is armed with a kustom mega slugga and mek’s tools. Painboy $26
Painboys are at home amongst the blood and horror of the battlefield, eagerly patching up lost limbs, doing a spot of welding on a broken face or furnishing the Warboss with a brand new flame-throwing arm. They learn their craft through a mixture of instinct, trial and error, and the time-honoured principles of ‘Orky know-wotz’.

This single frame plastic Painboy is accompanied by a grot orderly and he’s equipped with Dok’s tools and a ‘urty syringe.

Datacards: Orks $8
Datacards: Orks contains the seven Power of the Waaagh! psychic powers cards and a deck of Tactical Objectives cards. This deck of 36 cards replaces the first six cards of the standard deck with the six Ork exclusive objectives from Codex: Orks.
Ork Boyz $29 Split-Grin Badmoonz Tribe $1,123 Webstore Exclusive
The Split-Grin Bad Moons are about the best-equipped Orks around, and they’re deadly in a fight too! The tribe’s kustom weaponry is not only effective in a fight, it also proved very handy in ‘persuading’ the Meks to make several Gorkanauts and Morkanauts – they even managed to lay claim to a Stompa. Another week and Forgeworld keep knocking out the goodies.  Vulkan fans Rejoice! This upgrade set comprises of five resin Mk III Iron Armour torsos, perfect for converting your existing models. The Salamanders Mk III Torso Upgrade Set was designed by Edgar Skomorowski. The set is available to pre-order now and will be despatched from Monday 30th June.

Quite nice, and potential for a more feral style of Marine for other Chapters, Legions and Renegades, depending on how you paint them (got it in my head bright orange armour, very dark scales)
And some Salamander heads. Mix of armour marks this time. Also £11 a chuck The kit contains ten resin heads for Mk II, Mk III and Mk IV Armour sets, perfect for converting your existing models. The Salamanders Head Upgrade Set was designed by Edgar Skomorowski. This set is available for pre-order now and will be despatched from Monday 30th June.

And finally, a Salamander Relic Contemptor Dreadnought body. £33.00 to you, squire Great heroes of the Salamanders who have fallen in battle and whose sacrifice has been deemed worthy may find that death is not the end of their service to the Imperium. Born again in the sarcophagus of a Contemptor Dreadnought, wrought by the Legion artificers on Notcture, they my once again purge the foes of the Emperor with flame and fury.
The Salamanders Contemptor Dreadnought is a complete multi-part resin kit, designed by Israel Gonzalez. This kit is available to pre-order now and will be despatched from Monday 30th June. Please note that the weapon arms shown on some images are sold seperately and not included.

So apparently the looted wagon is a “White Dwarf Exclusive”, whatever that means.  Maybe there will be a kit for sale, or maybe its just a set of rules to inspire you to purchase your own kits and kitbash away.

Don’t Press Dat: Roll 1d6 for each Looted Wagon at the start of the shooting phase. ON a roll of 1, the looted wagon must move Flat Out, even if it performed a Tank Shock earlier in the turn.

Up to three of the following:
Big Shoota +5
Rokkit Launcha +5
Skorcha +5 This week was CRAZY on the rumor front, and with Codex Orks shipping next Saturday this upcoming week promises to be just as hot.

Author: Larry Vela
Dad, Gamer, Publisher, Pilot, Texan. All games all the time since junior-high. I started BoLS Interactive in 2006. I’m a lifelong tabletop & RPG gaming enthusiast, and internet publisher working to entertain and inform my readers every day. I've been playing RPGs and Tabletop Games since the 1970s. I'm been playing and covering Warhammer and Warhammer 40K for over 35 years.
Advertisement
Forge World Orks Tabletop News Warhammer 40k
Advertisement 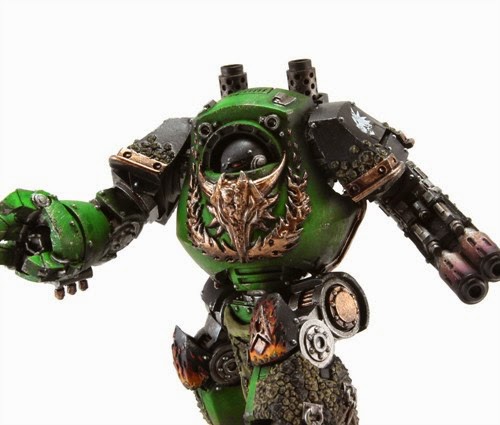