Let me start off by saying this book is big, clocking in at over 500 pages, which is nothing new for a McNeill novel. Overall I enjoyed it a lot, but there are definitely a few things he could have trimmed out to make it a leaner, smoother story.

This is the first novel to return the focus to Horus and his legion since the opening trilogy which is welcome but at the same time may leave you wondering who certain characters are since it is assumed you come into the story with the knowledge. For me the opening trilogy was last read several years ago, so while I at least vaguely recalled most of the characters there were a few that left me scratching my head as to who they were. Horus’ characterization also shifts a bit from what we’ve seen in his cameos in past books. Gone is the evil, somewhat 2 dimensional personality and instead we see him acting more like a real Warmaster with goals outside of spreading Chaos. He wants to rule the Imperium, not just destroy it, and acts a lot more like how we was in the opening trilogy, but slightly more evil.

It starts off kind of clunky, not slow, but clunky. Almost as if he had a really good idea of where he wanted to take the novel but the process of getting to the planet Molech was a little more amorphous. Like I said, its not slow though, and there is some spectacular action within the first chapter or two involving, the shattered legions and 3 traitor Primarchs! On the loyalist side of things we get to see the Knights Errant preparing to embark on a dangerous mission to infiltrate Horus’ flagship and mark a way for a certain high profile executioner to try and take out the Warmaster. Who are the Knights Errant you may be asking? Well this is the first novel where you really had to have listened to several audio dramas to be able to understand whats going on. Make sure you listen to or read all of the Garro dramas, or at the very least Legion of One, and it seems like getting ahold of Wolf Hunt wouldn’t hurt either, although I haven’t listened to that one and I was able to figure out what most likely happened in it from the events in the novel. As far as which novels you should make sure you’ve read before this, preferably all of them, since at this point in the series they are assuming that the reader has been following along and won’t really spell anything out for you. Novels with specific references in this though would be the entire opening trilogy, The Outcast Dead, Flight of the Eisenstein and Angel Exterminatus. Now back to the main story. Once the invasion of Molech properly starts the action really gets going and doesn’t let up. From this point forward the book is purely fantastic with so many cinematic moments its hard to keep track. This is the first novel to feature Imperial Knights at all and there are some awesome moments with them but also a few that seem unnecessary and added purely to feature more Knights. The main Knight household on Molech is House Devine and there is an interesting side plot of family intrigue, murder and power struggles there that I enjoyed but in the end didn’t seem to have much of a pay off. It seems like none of the backstabbing had an impact on their final contribution to the war effort, which let me say is quite explosive and dynamic if not a little far fetched. This plot line is a continuation of a short story from Imperial Truth, an event only book, but McNeill explains enough of what happened that you don’t really need to have read it beforehand. Another element that was slightly wasted was Fulgrim, whom Horus makes seem like is going to play a key role in the invasion, and although I guess he does it still seems wasted, and also some Blood Angels that didn’t really need to be included.

Mortarion also gets some cool scenes in here with his Death Guard assisting in the invasion and the return of a character we haven’t seen for quite awhile. Unfortunately they are not given much of a spotlight so I am still waiting on the first REAL Death Guard book, because lets face it, Eisenstein was a Garro book. My hope is that Anthony Reynolds is given the task of writing the novel that will focus on Typhon’s betrayal and their ultimate fall to Nurgle; he writes fantastic Nurgle stuff.

There are plenty of more intimate moments during the invasion as well, mostly featuring Horus and his  new Mournival, which are all fantastic. This all ends in a spectacular fashion as the Warmaster goes after his real prize on Molech and then even more epically back aboard the Vengeful Spirit. To say the confrontation there is long in the making is an understatement. There are many tense moments throughout the novel with several returning characters, epic showdowns, and truly nail biting moments as you wonder whether your favorite legionaries will survive to see another story. Although we all know certain characters are destined to survive the Heresy, there are many we are not so sure about and not all of them will make it to the end of Vengeful Spirit. Other highlights include a group of Ultramarines being very Ultramariney and giving the Sons of Horus a run for their money, some epic titan duels, another Perpetual storyline and some more revelations about everyone’s favorite Master of Mankind.

All in all I highly recommend this book and although the beginning may stumble here and there once the story gets going you won’t be able to put it down.

Have you read this yet, what do you think about it? Must read or not? Are you excited to see the return of Horus and his sons?

Tyler is a life long painter and hobbyist and took home his first Golden Demon award at the 2012 Chicago Games Day with a follow up at the 2013 North American Games Day. More of his work can be found at his blog, Mengel Miniatures.
Subscribe to our newsletter!
Get Tabletop, RPG & Pop Culture news delivered directly to your inbox.
By subscribing you agree to our Terms of Use and Privacy Policy. 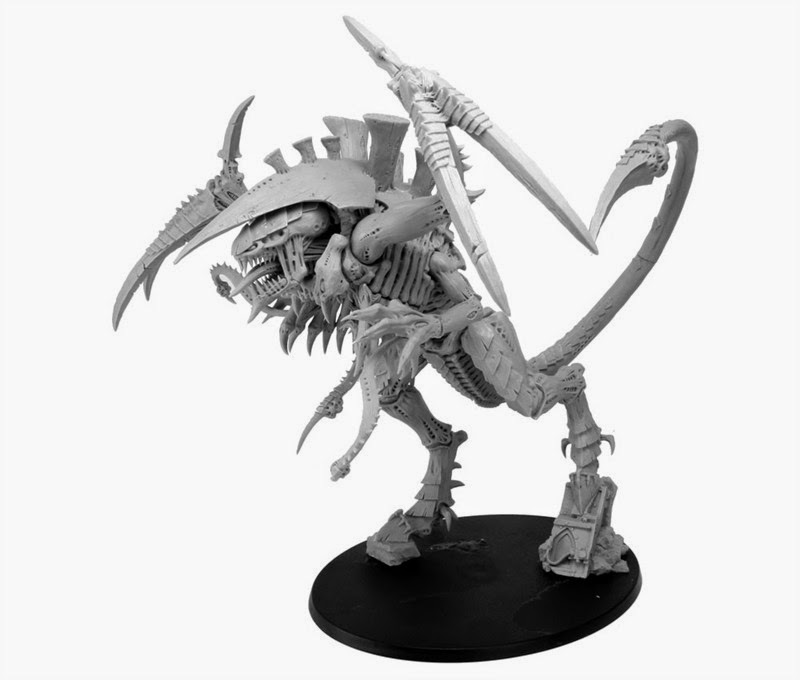