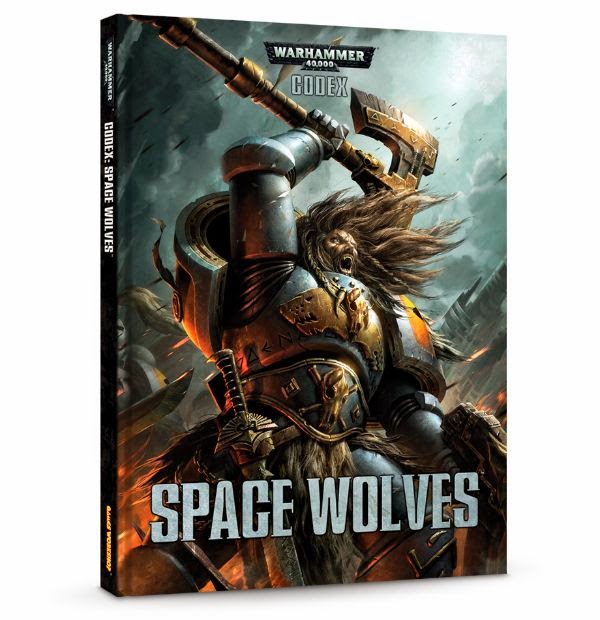 Watch the skies – here come the Space Wolves!!!  Your prayers have been answered Sons of Fenris!

Though some may see them as little more than savages, the Sons of Russ are a proud brotherhood, as noble as they are fierce. Their loyalty to the Imperium has been proven beyond a doubt for they are amongst Humanity’s greatest defenders. Where they prowl, the enemies of the Allfather cower in fear, for the Space Wolves are mighty warriors, ever hungry to earn glory in battle and a place in the sagas of Fenris.

This 104 page hardback Codex is the definitive guide to the Space Wolves. It presents the history of the Chapter and the sagas of the legendary heroes who lead it into battle. It is also packed with full-colour pictures and full descriptions of each unit, the rules for that units use and an army list. This Codex enables you to organise your collection of Citadel miniatures into an army worthy of the Allfather himself. Interred in a custom-built Dreadnought, Bjorn is a legendary figure amongst the Space Wolves, for he fought in the Horus Heresy amongst the retinue of Leman Russ himself. Bjorn the Fell-Handed is the oldest warrior in the Imperium, serving first as a warrior, then as Wolf Lord, and finally a Dreadnought, to this day he is the spiritual and moral compass for the entire Chapter.

This multi-part plastic kit makes one Bjorn the Fell-Handed armed with a customised lighting claw known as Trueclaw and an assault cannon. It also comes with a selection of weaponry, including a Helfrost cannon.

This kit can also be assembled as a Space Wolves Venerable Dreadnought or Murderfang. This collection includes: 7 Space Wolves Venerable Dreadnoughts (which can also be assembled as Bjorn the Fell-Handed or Murderfang) and 7 Drop-pods.

I have to say the detailing and options on the plastic dreadnought is fantastic.  I REALLY like the new updated Bjorn, of only because he is downright serene and calm compared to the over-the-top zaniness of Murderfang.  Plus, I’m really digging the axe & shield combo as well!

~Who’s signing up for what?

Author: Larry Vela
Dad, Gamer, Publisher, Pilot, Texan. All games all the time since junior-high. I started BoLS Interactive in 2006. I’m a lifelong tabletop & RPG gaming enthusiast, and internet publisher working to entertain and inform my readers every day. I've been playing RPGs and Tabletop Games since the 1970s. I'm been playing and covering Warhammer and Warhammer 40K for over 35 years.
Advertisement
Miniatures Space Wolves Tabletop News Warhammer 40k
Advertisement 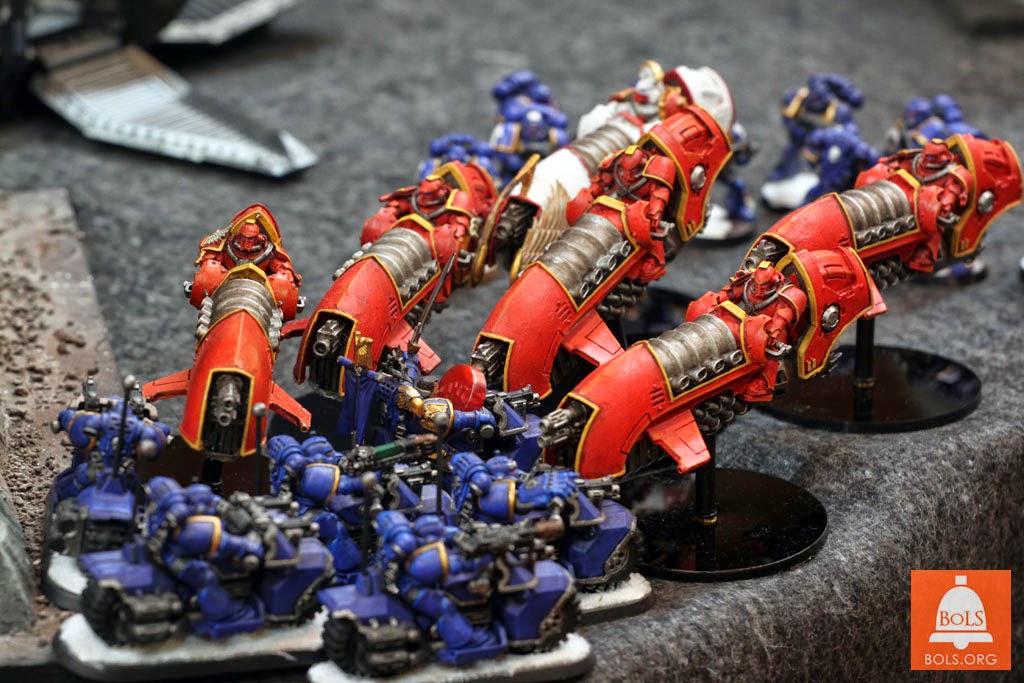