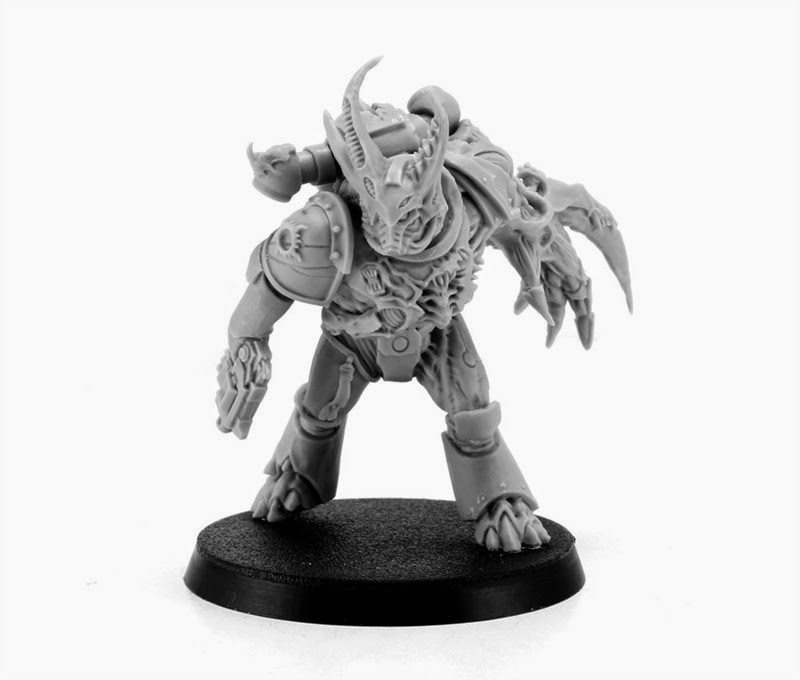 BEHOLD – the best Possessed Marines out there – hands down.  Thank you Word Bearers! The Gal Vorbak is built upon the remnants of the Serrated Sun Chapter of the Word Bearers Legion, the conquerors of the primitive world of Cadia who looked into the depths of the Eye of Terror itself and in doing so were changed for all time. Their psyches infiltrated by creatures from the darkness of the Æther, the survivors are named the Gal Vorbak, or “Blessed Sons” in the language of Colchis, and are possessed of strengths and abilities far above those of other Astartes.

It is said that each of the Gal Vorbak was host to some form of Warp entity, itself subservient to the greater scheme plotted between Warmaster Horus and the nightmare powers beyond. In battle, this being comes to dominate the mind and body of the warrior. His already mighty form swells as hands turn into rending talons and jaws into slavering, fang-filled maws twisted beyond reason and reality. At Isstvan V, the Word Bearers’ pact with the horrors beyond was sealed in a great ritual of carnage and betrayal. These twisted traitors are available now and ship out Aug 15th.
~These guys are so good, they almost make me forget about the old metal possessed CSMs…almost…