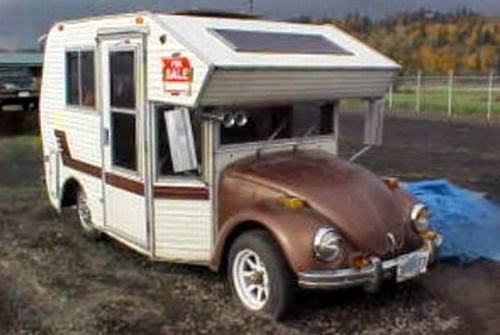 Goatboy here again and instead of chatting about some kind of competitive nonsense I want to go over the actual stuff I really enjoy – building/converting/painting these models.

In fact this is what keeps me involved in GW games.  The game aspect is a bonus on what is really an exercise in creativity for me.  If I wasn’t able to create models then I probably would have moved on to doing the post apocalyptic comic that is always floating around in my head.

That’s why I want to go over some of the hobby ideas that might actually get done.  Some are for commissions/army builds and others are just me cleaning up my hobby space and finding models that deserve some abuse/creativity.  The first thing I want to go over is the finishing of my 3rd Evil knight – the Nurgle one.  I might still put more work into it – but I had to get it done for a buddy to borrow for Nova. I am looking at doing some more blending on the white but I had to get it out the door.  He is magnetized at the waist and his gun can get swapped out.  I went with this flat creeper face because I thought it looked interesting.  The only reason I want to show a finished piece is the next one would be the Tzeentch Knight and I have some initial ideas for that one.
I am thinking the phoenix head from the High Elf kit mixed with lots of bits on fire.  I almost want to build the chest out with horror hands to give this weird Kingdom Death look.  I don’t know if it will work but hey – that is why it is an initial idea.  I need to get another Knight kit to do it.  I am thinking of putting a staff or some kind of hand to hand weapon using the back portal thing from the Warshrine kit.  These are ideas and who knows if I get a chance to do it.
The next thing that is up is I am building out the Raffle army for Feast of Blades.  It is a Nurgle FMC list and hopefully people will like the conversions I have planned for it.  Look for updates on my personal blog.  I should be getting the parts in and plan on knocking out the FMC’s pretty quickly based on conversions with the Mauler Fiend, Dreadnought, and Daemon Prince parts.  I just love figuring out how to get things to fit. I got this guy last year from the ever Lovely Mr. Black at Adepticon.  It sat on my shelf, oozing and whispering to me.  It was asking for some kind of jump pack thing and demanded I painted him.  Well I picked him up today and hopefully I can figure out some kind of creepy back pack, tentacles, and mechanical bits to create a crazy Nurgle Daemon Prince.  This might be one of the ones that goes with the FMC raffle army so will see.  There is just something creepy about him and you know I love to paint evil looking stuff.  Heck there is a ton of Dark Age miniatures that look cool.  I am a sucker for anything gross and in resin.
I am still planning on building out a new Ork Horde too.  I keep going back to the story of the Ork Warlord that got sucked into the Eye of Terror and keeps getting reborn on the Khorne planet for eternity.  The idea of 100 bloody red Orks just seems cool.  I have been waiting to get a batch of Orks from a buddy to figure out how many I have and pass the Ork love around to other players.  I really like the Green Tide and hope to get it to work in this age of Centurion stars and other nonsense.  Go ahead and shoot me with the brown noise gun – Orks don’t care! The new Nagash & friends has me drooling with ideas for those crazy riders.  I am thinking they could be awesome Daemon Princes if the size is right.  Just these riders of doom might make a cool army with the right planning and building.  Heck their designs make me think the new Greater Daemons will be insane.  If you like to paint and build these models are just dreams come true.  The idea of generating movement off the base is just amazing so I am sure one or two of those models will hit my pile of stuff that demands painting.
I am waiting on a box of Skull Crushers to come in.  They are going to be a set of Iron Goat Priests for my Space Goats army.  I am planning on them being worshipers of the Iron Goat so they will be dark, metallic, and leaking fluids.  I plan on each of my Thunder Wolf things to look different so people will know what is an Iron Priest, what is a Thunder Wolf Cav, and what happens to be the Wolf Guard Battle leader.  I hate not knowing what conversions are so any way I can make it easier for myself as well as my opponent is always a bonus.  I also ordered the bits for the Thunder Wolf Cav conversions too – Gorebeasts with riders based off of the Raptor kit and of course Goat Heads.  I like to sit on an idea for a bit to see if it actually works before jumping off the deep end.  Plus I really like the idea of Thunder Wolves crashing into my enemies.

And of course my greatest conversion will be my own little Chaos Spawn coming this October.  I am so excited to see how this little squirming doom machine will finally look like.  I can just imagine him giving me the stink eye as he knows he will have all the nerdy things I always wanted growing up.  Plus I get to be a lego junkie again!

What crazy new conversions are you thinking about for the next few months?  My event calendar is extremely lessened with the newborn boy so I don’t expect to get any events until next years Las Vegas Open. Next week I want to talk about some of the good lists we saw this weekend at the Nova Open.  I also want to look at what might happen if we let people build true 7th edition lists.

I hope everything has a great Labor Day and either you have a nice day doing nothing or at least get paid a lot of Holiday Pay as you work a nice and easy day.

Let’s hear about your latest conversion – pics if you got em!

Author: Thomas / Goatboy
Thomas Reidy, aka Goatboy, the ever-evil member of BoLS. I do arts, play 40k, and even paint a lot of stuff. I have been playing Warhammer 40K since the 1990s, and have won multiple national events including Adepticon and GW GTs. I've been writing for BoLS for 15 years. Look at my Instagram to see what I am working on - or working on for someone. I am always doing something hobby related.
Advertisement
Conversions Hobby
Advertisement

HOBBY: Tricking Out the Casket of Souls