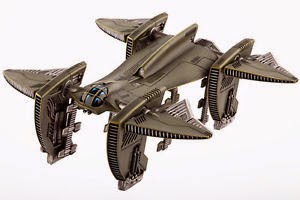 Welcome back, Dropzone enthusiasts! Today we explore the United Colonies of Mankind, their fluff, and their methods of waging war on those who would stop the liberation of Earth!
This article will be the first in a series that explores the nature of the factions in Dropzone Commander. Each faction has a unique method of warfare, and immersive fluff that is surprisingly detailed for a newly minted game system. These articles are aimed at new players, in an attempt to help them understand the nuances and fluff of each faction.
The UCM is on a mission to liberate Earth from the clutches of the Scourge. Their armies are designed to be compact, durable, and capable of quick transition from orbiting starships into planetary assaults. While this is more or less true for all the factions, it is a new way of waging war for the humans. The UCM is on a quest for vengeance, to see their old homes liberated from an enslaving, oppressive foe. Heavy armor, the UCM’s bread and butter.
The United Colonies of Man are really the “baseline” race. Their units stick closely to the basic rules implemented for the game system, more so than any of the other factions. As such they are the utility race. They will almost always be outclassed by their opponents, but they will also have an advantage elsewhere. Their main vehicles carry an Armor value of 10, the highest possible in the game. This means they are much more resilient than many of their counterparts. They also have a very reliable statline across their basic weaponry, meaning they can engage any foe with a good chance of success.
The UCM has a good variety of support elements as well. From Longbow artillery to Archangel air superiority fighters, they have a tool in the box for any situation. The trick to playing them successfully is reaching a point of balance across their support, leaving them with answers for the foes that may outclass them. Air support inbound…
The United Colonies of Mankind have some of the best Fast Movers in the game, giving them an edge in air superiority. While Fast Movers cannot cross the enemy battle line at will, they can target enemy units that act as outriders, such as Close Quarters Battle (CQB) specialists and skirmishing Gunships. The poor, bloody infantry
The UCM Infantry are some of the weakest Infantry in the game, but they come in sufficient numbers to get the job done. They carry rockets to keep enemy units from straying too close to buildings, and they have the reliable Bear APC to keep them in the fight. Focus on keeping them away from CQB specialists, and they are more than sufficient to get the job done.
If you decide to play the UCM, you can rely on tons of air support and some of the heaviest armor in the game. When used in conjunction with one another, they can accomplish their missions against some of the tougher, scarier armies that exist in the near future.
For humanity!
Any veteran UCM players in attendance? Anyone considering them as a second army? Let us know what you think in the comments.
Feel free to join us over on Enter the Maelstrom, for an eclectic mix of 40k and DzC in all their forms! 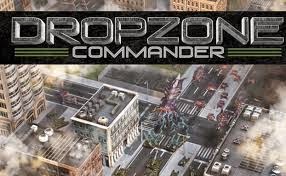