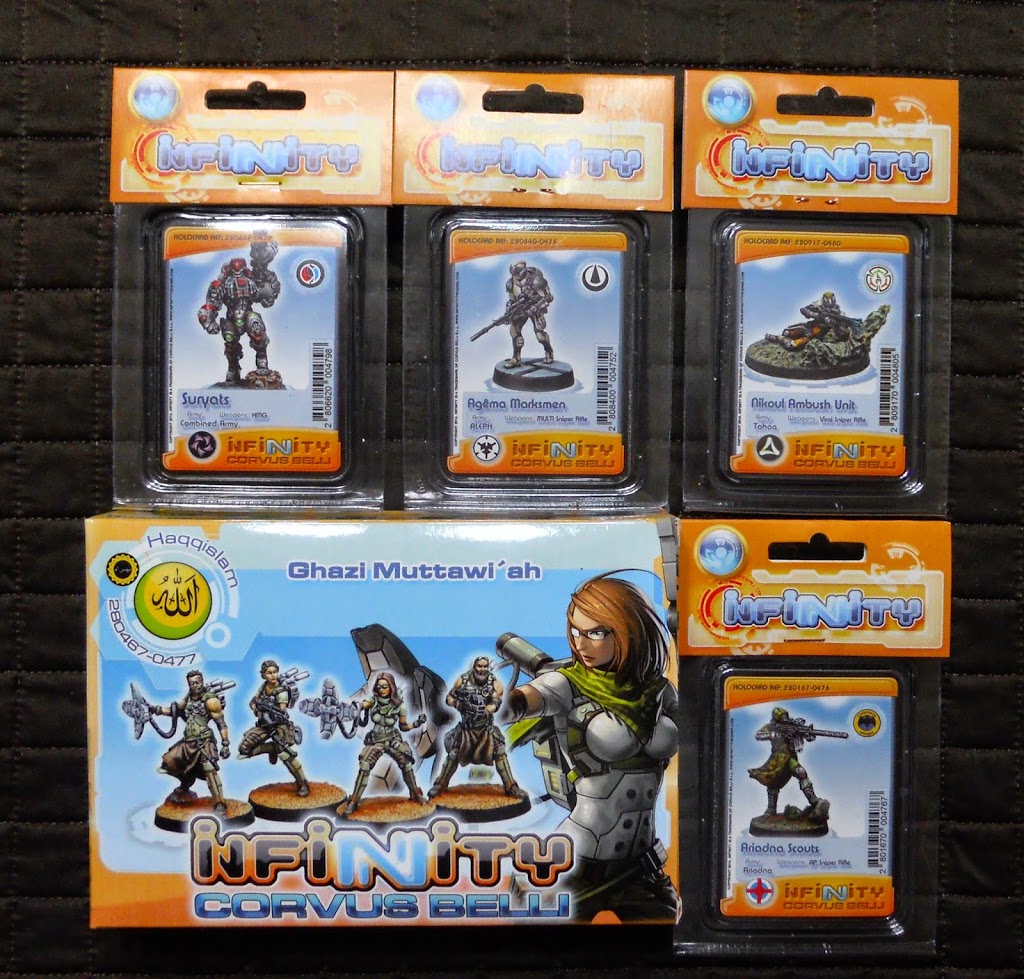 Come take a closer look at all the cool products Corvus Belli released back in July. Why not start with A for Aleph? He might not have the beefy shoulderpads or flashy antenna of some other Infinity models, but this guy has a cool retro vibe, and he knows how to rock it. Before we look any closer, I would like to point out how cool it is that they put the little pieces in bags like this. I’m not going to bother showing any more bags, but all these guys have them. A big visor, a space turtleneck, and a helmet with a fin on it- the Agema Marksman knows some things never go out of style. And here’s a look from the other side. Ah yes now this guys a little bit more up my alley. Up until now I’ve only gone MRRF with my Ariadna, but I think I’m going to need those new Antipodes (who am I kidding I already have them) and this guy is another model with camo I could add to a vanilla Ariadna force with those wolf things in it. Like all Ariadnans, this scout looks a lot more primitive than the guys he’ll be shooting at. But the hoodied trenchcoat gives him some extra points for fashion. Of course he has a backpack and pouches. This is an Ariadna model after all. Here’s the old scout this model will be replacing. Not so bad really, but I definitely like the new one better. Our alien menace of the month is this Suryat. I know right, some lunatic put armor on the Predator – and gave him a big gun. This guy isn’t even the scariest heavy infantry option the Morats can take. They have an even bigger thing called a Sogarat, In this case the whole buns of steel thing is rather literal. I don’t think anyone will miss the old HMG Suryat. Here’s a Tohaa doing what Tohaa do best: bein’ sneaky. I like the Sniper’s nest. And hey speaking of which, this is the third Sniper we’ve seen this month. Do all the Tohaa have such tiny waists? Last up we have a box of reinforcements for the Haqqislam. Is that enough pieces for you? Lets do some close-up. Infinity always amazes me with the quality of its faces. So tiny and delicate… Not quite so delicate but still tiny. This odd looking device is an E/Marat. More precisely the business end of one. These things can shut down TAGs and Heavily Armored troops. They’re pretty scary little weapons. The guys that run with these things also carry Jammers, which I guess is what those little antennae are about. Jammers will turn troops Irregular and can cut their link to their fireteam – if they’re in one. Wait, wait… don’t just go scrolling past like that. Note how they took the time to design the antenna on a little tab, that should glue easily and securely on to these backpacks. No loose antennae here. I’m sure you Infinity vets will appreciate the added ease of assembly. Of course you can also arm your Muttawi’ah with shotguns and chain rifles if you have something against crippling enemy tags. Just kidding, all Muttawi’ah have E/Marats and Jammers by default. These are just other weapons they can take in addition to them. I’m not sure why some get the benefit of having that cool satellite array attached to their arms and some don’t. I think the other two keep theirs slung on their hips, which would be the bits on the bottom right in that shot above with the backpacks. You’d never know by looking at the assembled and painted models that there are only two torso types for these models. The different legs change up the poses a lot, and combined with the different heads arms and weapons, they really look like four completely unique sculpts.

For this month’s resculpts, I definitely think the Muttawi’ah take home the most improved trophy.

You don’t have to agree with me, but I really think Corvus Belli are making the best minis out there. While putting together metal minis like these will always be a bit more daunting than plastic, they seem to be trying to make it easier. I already pointed out the antenna, but also note how many of these models have square pegs, or sometimes multiple pegs, to make the pieces fit together more tightly and easily.

~ Hope you enjoyed all the pictures. Who’s taken the plunge and started Infinity?

Author: Ben Williams
Ben Willimans is a Professional Painter and Columnist at Bell of Lost Souls. He has been involved in the hobby and art side of miniatures and the tabletop gaming industry for over 20 years. He has won multiple national painting awards.
Advertisement
Infinity The Game Miniatures Unboxing
Advertisement 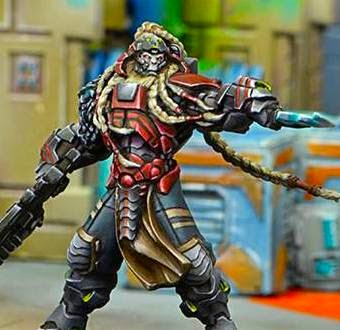