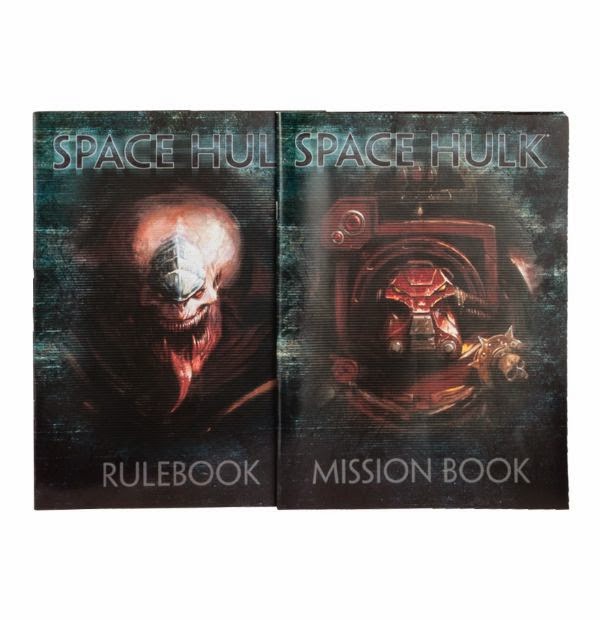 First up is the Spack Hulk we all know and love: Pit the mighty Blood Angels Terminators against a lethal swarm of agile Genestealers in this two player board game. Inside the cramped confines of a derelict Space Hulk known as the Sin of Damnation, the Blood Angels must fight to save Mankind from the alien menace that lies within.

Games of Space Hulk are played on a gaming area made up of high-quality card tiles which fit together to create the cramped confines of the Space Hulk. Each of the 16 missions included in the boxed game uses a different set-up, or alternatively you can assemble the pieces in any way you like and create your own bespoke games.

In addition to the booklets and miniatures, you will receive a set of high-quality card tiles that make up the gaming board. Included are: 110 gaming counters, 77 corridor and room sections, 2 new boarding torpedoes , a brand new turbo-lift, 20 doors with plastic stands, 1 mission status display, a sand timer and 5 dice.

Then the big surprise for all you other Space Marine chapters. A set of three digital releases with rules and missions for playing Space Hulk with the Ultramarines, Dark Angels and Space Wolves! Duty and Honour is an exciting expansion for the Space Hulk board game that allows players to field the peerless warriors of the Ultramarines 1st Company. It follows the boarding action and purge of the space hulk Hunter of the Void. In this expansion you will find rules for the weapons and wargear of the Ultramarines 1st Company, including cyclone missile launchers, as well as guidelines for making up your own custom Space Hulk missions. Bringer of Sorrow is an exciting expansion for the Space Hulk board game that allows players to field the legendary Deathwing. It recounts the perilous campaign to destroy the space hulk designated Bringer of Sorrow in a race against time before it reaches the hive world of Corinthe. In this expansion you will find rules for the unique weapons and wargear of the Deathwing, including plasma cannons and halberds of Caliban, as well as guidelines for making up your own custom Space Hulk missions. Return to Kalidus is an action-packed expansion for the Space Hulk board game that allows players to field mighty Wolf Guard Terminators. It charts the mission to deactivate the Scion of Darkness’ potent void shields, and bring about its annihilation. In this expansion you will find rules for the unique weapons and wargear of the Wolf Guard, including frost axes and Wolf Guard Pack Leaders, as well as guidelines for making up your own custom Space Hulk missions.

I think we are officially into the era of physical games with DLC.  Now I would hope to see the content of those digital products and more folded into a physical Space Hulk expansion down the road.  Let’s not forget that the original Space Hulk came out with 1991’s Space Hulk:Campaigns that included rules for Chaos Terminators, and even standard power armor marines roaming through the hallways of the dreaded hulks. ~Who’s getting what?
Advertisement

Author: Larry Vela
Dad, Gamer, Publisher, Pilot, Texan. All games all the time since junior-high. I started BoLS Interactive in 2006. I’m a lifelong tabletop & RPG gaming enthusiast, and internet publisher working to entertain and inform my readers every day. I've been playing RPGs and Tabletop Games since the 1970s. I'm been playing and covering Warhammer and Warhammer 40K for over 35 years.
Advertisement
Board Games Space Hulk Tabletop News Warhammer 40k
Advertisement 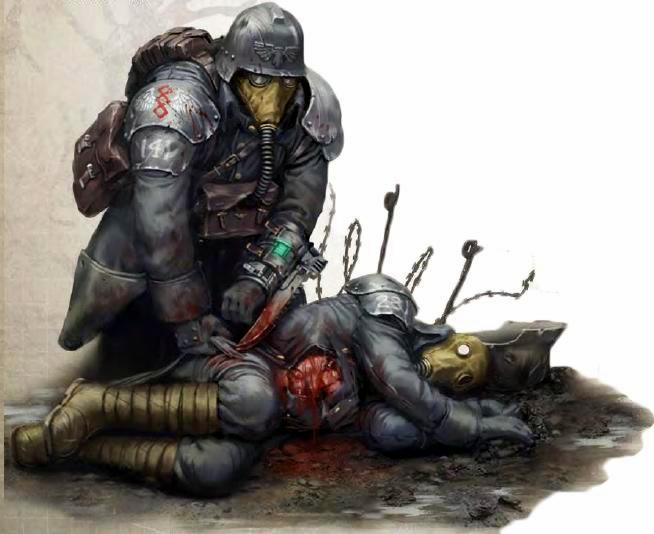