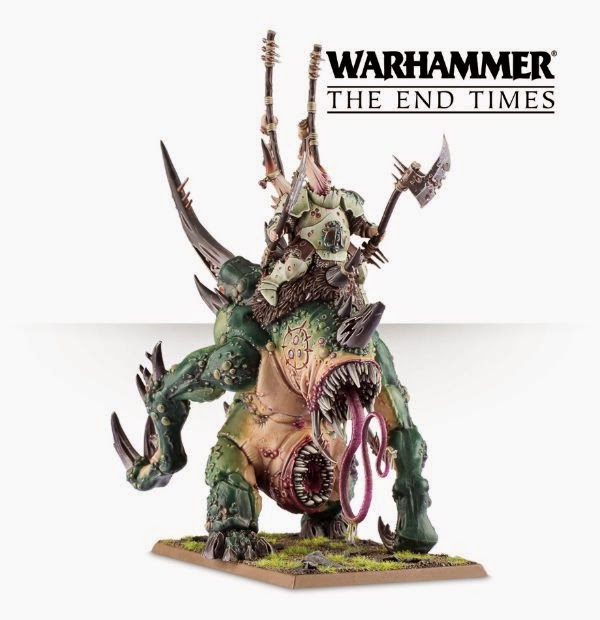 Here’ they come in all of Nurgle’s putrid glory. The Lords of Icehorn Peak are ready for your credit card!

Lord of the Icehorn Peak tribes and master of the pox maggoths, Orghotts Daemonspew was born of an unholy union between a Great Unclean One and a human witch. His one and only wish is to claim what he perceives to be his birthright by becoming a true daemon.

This 73-piece plastic kit makes one Orhotts Daemonspew riding the pox maggoth, Whippermaw. A mighty Chaos Warrior, Orghotts is clad in corroded Chaos armour and armed with the Rotaxes, a pair of long-handled weapons which are infused with poison. Morbidex Twiceborn is a powerful, vengeful warrior of Chaos. As a baby he was born into flames and hideously scarred only to be reborn in the image of Nurgle many years later beneath an avalanche of suppurating, Nurgling flesh.

This 73-piece plastic kit makes one Morbidex Twiceborn riding the pox maggoth, Tripletongue. Clad in corroded Chaos armour and armed with a great weapon, Morbidex’s face is squat and horned and boasts a toothy, leering smile that resembles the grin found on the faces of the legions of Nurglings that follow him. From afar, the chaos sorcerer Bloab Rotspawned appears to be constantly surrounded by swarms of unnatural insects. Only his fellow warriors in the Icehorn tribe know that Bloab is in fact the swarm, and the swarm is Bloab.

This 73-piece plastic kit makes one Bloab Rotspawned riding the pox maggoth, Bilespurter. Clad in corroded Chaos armour and armed with a great weapon, Bloab’s status as living vessel of Father Nurgle is depicted in every part of the miniature. His face is bloated and swollen by fat, wriggling maggots and daemonflies billow about him like a cloak.

This bundle contains 43 plastic Citadel miniatures, including: 1 Herald of Nurgle, 30 Plaguebearers of Nurgle, 6 Plague Drones of Nurgle and 6 bases of Nurglings.

WOW, you really need to check out the 360’s of these.  Extra points to the sculptors for the oozing butt-stinger…eeeww!

Ok, be honest, which one is your favorite? 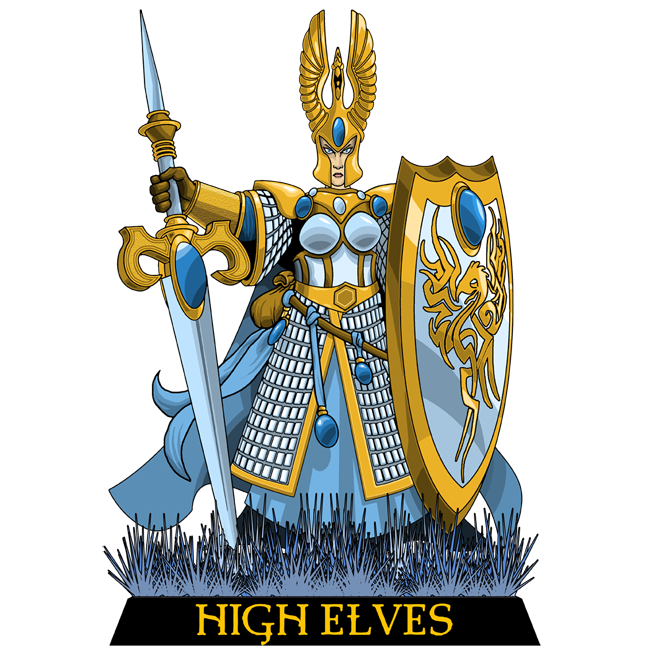