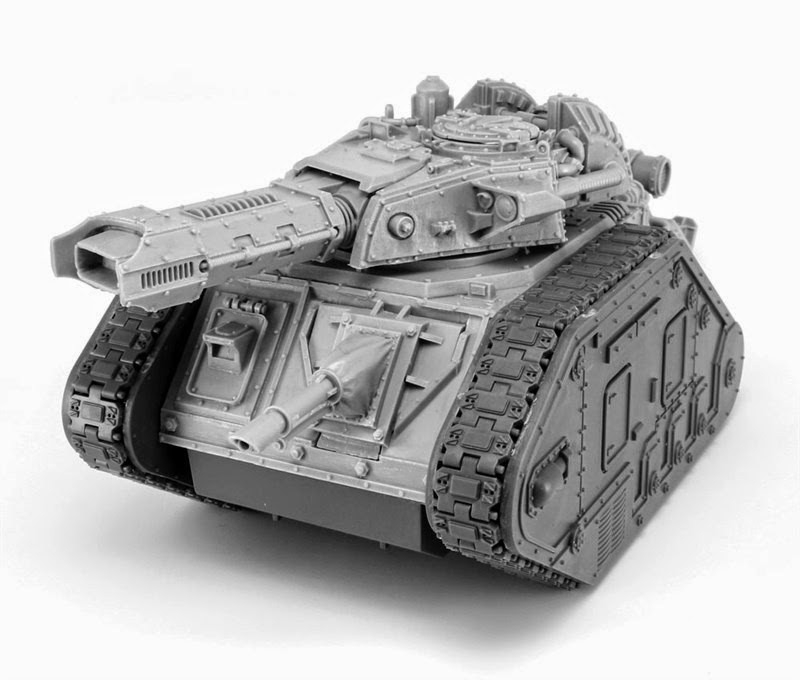 Ohh, now that is a VERY pretty piece of Imperial kit!  Get on in here!

Forgeworld continues to fill out the Horus Heresy line: The Horus Heresy Book Four – Conquest, lavishly illustrated in full colour, contains extensive background information on Warmaster Horus’ invasion of the northern Imperium having revealed his treachery at the Isstvan System. In addition, this book contains details of the Solar Auxilia of the Imperial Army and the histories of four Knight Households, as well as two entirely new army lists. The Questoris Knight Crusade Army list enables you to field a full Household of towering Knights armed with devastating weapons of mass destruction, whilst the Solar Auxilia Crusade Army list brings the elite of the Imperial Army to your battlefield. £34 for it’s bodyBearing sigils and markings of its Legion, this Imperial Fists Contemptor Dreadnought can carry a wide array of ranged and close combat weapons to battle. Contemptor Dreadnoughts may be taken in Legiones Astartes armies in Horus Heresy games using the rules presented in The Horus Heresy Book One – Betrayal and The Horus Heresy Legiones Astartes: Crusade Army List. They can also be taken as part of a Space Marine army in standard games of Warhammer 40,000 for which the rules can be found in Imperial Armour Volume Two – War Machines of the Adeptus Astartes, Second Edition.The Imperial Fists Contemptor Dreadnought is a complete multi-part resin kit – weapon arms shown are not included and are available to purchase separately. This kit is available to order today for immediate dispatch. Solar Auxilia Veletaris Storm Section
£40 for 10Veletaris Storm Sections form part of the Solar Auxilia’s Infantry Tercios. They are skilled and dedicated warriors, issued with the most potent weaponry and tasked with the most arduous of battlefield missions. Their discipline is unparalleled within the cohorts of the Solar Auxilia and their firepower can overwhelm even the most fearsome of enemies.Equipped with volkite chargers and encased in reinforced void armour, this unit may be taken as part of an Infantry Tercio in a Solar Auxilia army. Their can be found in The Horus Heresy Book Four – Conquest.

and last but certainly not least…

In support of the infantry of the Solar Auxilia, Leman Russ Assault squadrons are heavily armoured and carry short-ranged but devastating weapons. The Leman Russ Incinerator mounts a twin-linked volkite demi-culverin, a powerful weapon from the Dark Age of Technology that can tear through infantry squads with ease.This unit may be taken as part of a Solar Auxilia army. The rules for these units can be found in The Horus Heresy Book Four – Conquest.

And one of it’s nifty rules? If you scream ‘INCINERATE, INCINERATE’ in your best Dalek voice, it re-rolls to hit*And that’s yer lot this week.  *Yes ok I made up that rule.