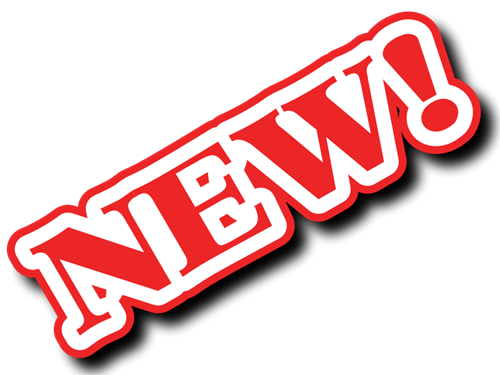 With rumors abounding of the next wave of psychic bugs, it was time to stop by the local GW store and get the facts on the two new Maleceptor and Toxicrene.

The Maleceptor: a giant brain with legs.  This monstrous creature rolls in at over 200 points and fills the force org chart as an Elite choice.  Typical MC stats for ‘Nids at strength and toughness 6.  The saves for this guy are a bit strange; 4+/5+ Inv.  The invulnerable save is rare for Tyranids, as only the Zoanthrope has one otherwise.  So it makes sense that the Maleceptor was adapted from the ZThrope genus.  Also unusual, but welcome, for Nids is a non-HQ monstrous creature that serves to provide Synapse.   As you would expect, it has Shadow of the Warp. So what’s special about this beasty?  Well, given the fact that it is an oversized Zoanthrope, it is a Psyker with Mastery Level 2.  This provides a welcome 2 Warp Charges, but the Maleceptor’s special power provides Psychic Overload.  It is a 24″ range focused witchfire attack costing 2 Warp Charges.  Target must pass a tough leadership check (3D6) and suffers D3 wounds with no armour or cover saves if it fails.  Vehicles take a single glance.  This little fella can use this power up to three times in a single psychic phase!  However, it has to choose a different target for each attack. What do I think of this guy? Meh…not all that impressed, and here’s why.  I can take 3 ZThropes for less than 200 points, and they each have a 3 up invulnerable save.  These ZThropes also provide 3 Warp Charges for less points.  They can be instant killed with missiles or lascannons, but I have found that 3++ to be very powerful.  I would also argue that Psychic Overload is not as compelling a psychic power as Warp Blast/Lance.  Lance not only reduces effective armour, it also comes in at AP2, giving me a chance to actually blow up a vehicle in lieu of just a glance.  For my pocket full of points, as a veteran ‘Nid player I will pass on the Maleceptor.

Let’s move on to the Toxicrene.  This MC rolls in at just over 150 points and fills a Heavy Support slot.  He only has a 4+ armour save, but he has Shrouding as a Special Rule.  Put him behind a wall of Termagaunts, and his cover save is 3+.  Note that he does not have the Spore Cloud special rule, therefore his Shrouding does not extend to nearby units.  His melee attacks, 6 of them, are Poisoned (+2).  Moreover, the Toxicrene’s Poisoned attacks are Hypertoxic; they Instant Kill on rolls of 6! Moreover, the Toxicrene’s Poisoned attacks are Hypertoxic; they Instant Kill on rolls of 6!  Other than that Hypertoxic special rule, he has a shooting attack called Choking Cloud.  It is a 12″ Large Blast that ignores cover and is Poisoned (+2).  It also gets Armourbane against open-topped or “wounded” vehicles.

Now this guy looks like something I would consider adding to my Hive Fleet.  Even with a WS of only 3, his 6 attacks (7 on the charge) offer a good chance to get an Instant Kill in during a single assault phase.  Against anything large (without Eternal Warrior), he could be an effective assassin.  Some playtesting mentioned in White Dwarf noted that he killed an Eldar Wraithknight in a one-on-one fight.  Even against a Daemon Prince, I think he would have a decent chance of a takedown.  Don’t forget he is attacking at I6 due to those Lash Whips.  In terms of survivability, he can easily obtain a 3+ cover save.  Either a brood of little Termagaunt brothers, or a Venomthrope to stack Shrouding on Shrouding.  Finally, since he is T6, he cannot be Instant Killed with shooting. One final note: There is no mention of these MCs being able to buy items from the Biomorph list according to the new White Dwarf.  I find this very strange, given the fact that every other ‘Nid MC has the option to do so.

For my money, I am thinking the Toxicrene is worth a serious look.  Any of you Tyranid fans in the market for some more buggy mayhem?