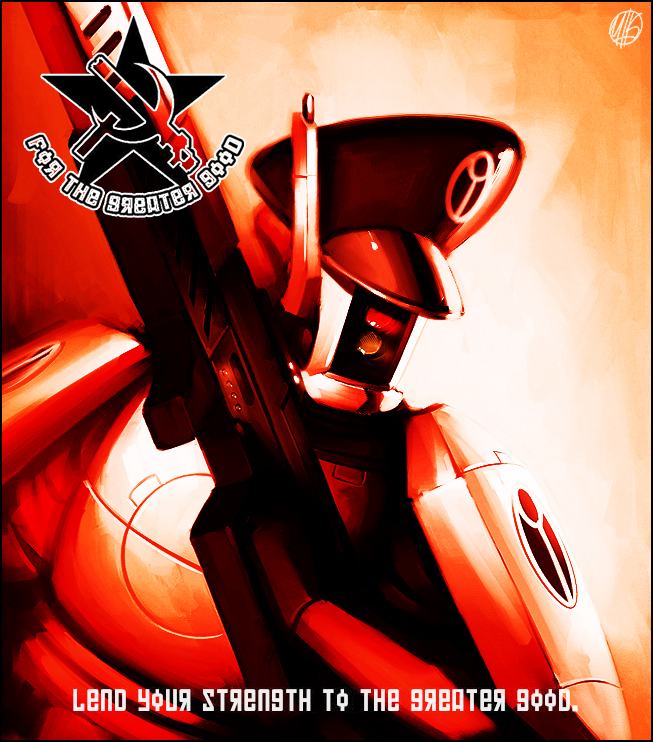 Greetings misguided gue’la of imperium of mans, it is your old comrade, water caste diplomats Tau to tell you news of great success!

Many thing has happened since last we talk, yes comrade? Today I telling you many truths of glorious Tau empire, and expose you to failure of your corrupt system of not playing tau.

First off, Ethereal caste is having break up with one time comrade battle brothers Eldar in 7th editions. Tau is always fair and balanced army and Eldar is jerk. We better off without pointy ear, still win many game, not need him. Forging World is very good for the party and for the proletariat, and new flying rioping tides gundam with experimental rules of krak missile gun with wires of hay and AP2 torrent template will make many enemies of party cry and lose game! Ha! Your friend water caste diplomat was telling you always that Tau is best army, now with giant new ridiculous Gundam weapons, you are knowing for fact! Not only is mighty Tau empire stronger than ever, but also is news of continued failures of all other opponents of greater good who are inferior rat race rodent of decadent capitalist politics. It has been many lunar cycles since release of glorious Tau codex of brave Fire Warrior castes, and all codex come after in 7th edition are stillborn capitalist abortion baby who is not have soul because of Gulag Workshop designer vampire. Mat Ward is of left company to join glorious Worker’s Party, and much suffering of Gulag Workshop products is visible to anyone who can see failure of capitalist system.

You are knowing me for long time and my opinion of marine player, and I am telling you today that great Tau party is right all along! Marine player is punch in capitalist croth with many inferior product, and xenos is laughing all the way to happiness and success! Spacing Wolf codex is funny joke of new dog head airplane and silly Santa Claus man riding sled pull by dog, and codex is bland and good only for building army of Pound Puppies with Robocop iron priest man riding dog.
How is you liking your silly book now, Imperials? Is like Codex of Dark Angels all over again! Tau laughs at you! Even funnier than failure of hairy wolf dog man who is lack hygiene is failure of 50 Shades of Grey Knight, who is having of Codex even more hilarious and sad. Gone are babysitters from capitalist inquisition and silly magic bullet upgrade on all vehicle for making dakka raven or rifleman dread bot. Even xenos are not safe from this terror, for capitalist lust of Gulag Workingshop knows no bounds, and will drink the tears of many babies. Darking Eldar codex, which is like army of Eldars but of kinky sex and Hellraiser, is also great decadent failure. Many important heroes of Darking Eldar party are remove and no longer in book. Perhaps they are leave inferior army for join heroic empire of Greater Good, which does not believe in silly superstition of wacky gods of Corn, Cheech, Nipple or Sparrow Nest.
Great heroes of Darking Eldar people that are not having model have retire, and codex of Dank Elfdar is almost as sad as silly imperial codex of silver surfer knight or dog marine!

So comrade, I am hoping that you are wiser than many imperial lap dog who still caught in hamster wheel of inferior capitalist brainwash, and you can see that only correct army to playing is Tau, which is strong as ever. You go to Foraging World and buy many new Ripping Tide Gundam variant for making cry of sad-in-pants marine player, and steal his girlfriend.

Or you can playing tyranids (Editors Note: not sure if Tyranids remark is relevant anymore -MBG)

Thanks for reading another Jstove original (messaged via the immaterium)