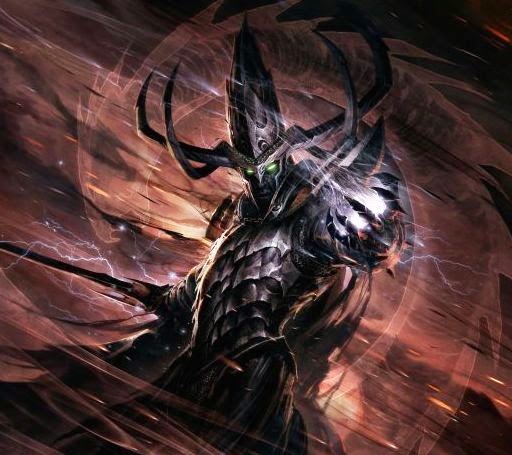 WFB Tidalwave! The latest info on End Times III just wont stop. Get on in here!

OK, so here are the tidbits revealed regarding the Elven Rhana Dandra (Their final battle)

– Ulthuan is under attack by a Daemonic Horde

– Naggaroth is under siege by Valkia’s Khornate Hordes.

– The Phoenix King is assassinated!

– Malekith decides to abandon Naggaroth and invade Ultuahn in one last chance to claim the throne – with plenty of secret allies and double-dealing along the way.

– Tyrion breaks under the pressure of defending Ulthaun , the betrayal of friends and family loss, and turns to the Widowmaker in an act of desperation. (Queue ominous music)

And the final Elven Civil War is ON!

– Secret lore and ancient truths regarding the Elves are revealed

– God die as their followers perish

– The undead rise in Ulthuan

– Tons of characters kick the bucket

– Someone wins the war once and for all – unifying what is left of the Elven race.

Here is a picture of a shocking battleline to set the stage: End Times Roundup
~The real question is WHO is on the other side of the battlefield? Have at it!