In this part it’s time for the Sorcerer-Prophet, Infernal Castellan BSB, command group and the Infernal Guard all together!

Now chopping up old minis and repurposing them is not everyone’s cup of tea, I understand that but I’m not one of them. For me it’s getting stuff the way I want it and I’ll chop up any mini if I feel it’s the way to go. But again. I get that not everyone feels that way.

With that introduction out of the way 😉 Based on the old great taurus rider I felt he was a fitting match as an imposing Castellan. The hat is massive!
Other than that the conversion is quite simple. I chopped off the legs and refitted them. Greenstuff to repair the damage. The hand holding the banner pole is from a old skaven I had. The banner is 0,5mm plasticard. Due to the retro approach it will be a big flat surface. The big axe is from the old chaos warriors. Next I cut out the big red skull from the printout of the WD with the transfers. With some arrows I found by googling CD banners I measured the banner, drew it up on a paper and glued on the skull and arrows. I now took a new print to get a good surface to repaint. Cut that out and glued it on the banner. Now I’ll be the first to admit that I’m not good at drawing or painting stuff like this but I’m very happy with the end result. Sorcerer-Prophet
Couldn’t for the life of me take a good WiP picture of this fellow but nonetheless.
He’s based on the Lammasu rider, same procedure as the Castellan. Sword arm is from the zombie dragon sprues and the new top on his hat is from an old staff I had in my bitz box. Since I’ve obviously switched things around with ice instead of fire I painted as if he’s slowly turning into ice. Quite happy with him and I think the staff and sword got a nice magic effect on them. All together now!
Here’s the entire unit as I will run it. 28 infernal guard with hand weapons, shields, full command group, Infernal Castellan BSB and Sorcerer-Prophet. That’s it for part 5! In part 6 it will be about my converted K’daai Ice(?!)born. In the meantime go check out my completed deathshrieker rockets.

Do my blue and icy chaos dwarfs do it for you and how about those banners? 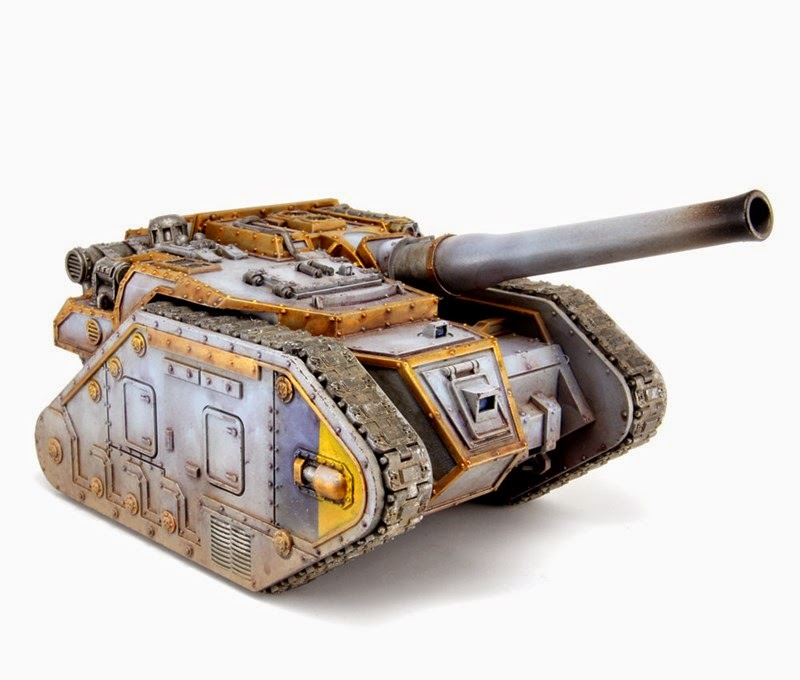