There is a lot of VERY interesting info about a 40K codex we’ve all been dreaming about.

So we’ve all been saying for years that 40K desperately needs a new army and Adeptus Mechanicus has been at the top of the list for quite some time.

The following rumors have been doing the rounds for the past two days, take a look:

“I have a little information for you on a new 40k Faction. Ive seen artwork of two soldiers in heavy but clunky grey body armour and helm, with one wielding an odd looking plasma pistol of sorts. The most striking thing about the image, with smoke and laser fire in the background, is the draping of the red cloth beneath the shoulder plating, and a symbol of the Adeptus Mechanicus on the main figures chest. All I will add right now is the book is 85pgs with datasheets and formations.”

“The new faction is in fact Ad Mech, Skitarii. As far as I know this is still a ways out, but who knows. There is only troops and elites, with vehicles. Mostly foot soldiers, guys with spider legs, and a couple tank/spider hybrids.” “There is also a Dragoon which looks to be a dual kit with a rider on top of a bipedal machine. It has legs similar to the IG sentinels, but has a grafted human in the center of the machine. I am not as fluent in the background with the skitarii as I would like to comment much more.”

BUT, the big news is that a high quality image matching the EXACT description from the first half of the rumors is also doing the rounds and we can confirm its existence.  So at this point we feel comfortable putting forward the information for the community.

It looks like Ad-Mech may indeed be under development.

More on this story as it develops…

Author: Larry Vela
Dad, Gamer, Publisher, Pilot, Texan. All games all the time since junior-high. I started BoLS Interactive in 2006. I’m a lifelong tabletop & RPG gaming enthusiast, and internet publisher working to entertain and inform my readers every day. I've been playing RPGs and Tabletop Games since the 1970s. I'm been playing and covering Warhammer and Warhammer 40K for over 35 years.
Advertisement
Adeptus Mechanicus Tabletop News Warhammer 40k
Advertisement 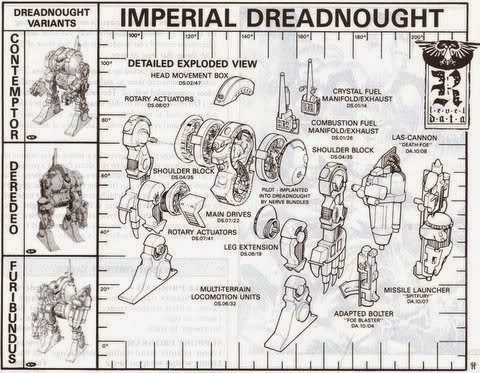