REVIEW: The Fall of Altdorf by Chris Wraight The second novel in the End Times series, The Fall of Altdorf is written by Chris Wraight. Knowing his track record that means it has to be a slam dunk, right? Well, almost, and it’s not necessarily his fault.

The novel starts off strong. We are thrown into the start of the battle at Heffengen, which is actually from the Nagash book for those keeping count. We get to see Karl Franz himself as a major protagonist for the first time, and I think Mr. Wraight nailed it. He comes across as the perfect mix of highly competent, confidant and endearing. When you write a character such as this you always run the risk of not being able to live up to the hype, but the way Karl Franz is portrayed I can definitely see why people follow him into battle. The first few chapters follow the events of that battle, but in more detail. The other major player for the Empire, Kurt Helborg, gets his fair share of screen time here too. Scharzlhelm, Huss, and Valten all get a little bit of attention as well, but this is mainly the Reiksmarshall and Emperor’s show.

Helborg and Scharzlhelm are Chris Wraight’s old stomping ground, having written both of them for the Swords of the Emperor, an amazing series by the way. While we lose some of the subtlety with the pair since he doesn’t have as much time to delve into the psyches here, it’s still nice that he gets another go with them. Despite this the two heavy hitters of this book are actually Louen Leoncour and Vlad Von Carstein. I think part of what makes them so interesting is that they are characters we haven’t seen much of before, especially Leoncour. The former king of Brettonia is tasked with leading an Errantry way to relieve Altdorf and a large portion of his story is the trek over there. We also get to see him struggle with his new position, since he is no longer king. These might not sound like the most attention grabbing scenes, but this is where Chris shines through; character development. The battles are great and all, but I love delving into the minds of the heroes I’m reading about. I really wish there were more chapters focusing on Leoncour. Vlad is a rather tragic figure as well. He may be evil and one of Nagash’s mortarchs, but what he wants more then anything is his lost love Isabella, and an Elctorship of course. He must convince the rulers of the Empire that he is the lesser of two evils and sometimes he even convinced me. I was rooting for him, thinking he’s not that bad of a guy, but then he’ll go and raze a town to the ground to gather more “reinforcements.” He really is a character who falls clearly in the grey, although maybe a shade darker then most. He is evil, but really not the bad, maybe. It’s very ambiguous and messes with your perception of him throughout the book. While some may see this as a failure to properly define him, I think it was fully intentional. You aren’t supposed to know how you feel about him.

The Glottkin are the only villains that we really spend any time with. They are fun enough, and while kind of shallow personality wise, I never grew bored of them. Festus also gets a little bit of time in the novel, but it was always in small chunks. The last major player in the story is Martek, the new Supreme Patriarch and the voice of reason. He acts as the every man, even though he is a wizard, and must butt heads with Helborg over what’s the right course. To him Altdorf is the people and he wants to do what he can to save them, while to everyone else it’s the city.

Now let’s talk about what went wrong. I want to preface this by saying I don’t believe any of this is Chris Wraight’s fault. I’m sure this novel was written at the same time, or even before the Glottkin book was. Games Workshop is trying to get these new End Times releases out as quickly as they can and it makes me think that Chris was probably working off of a basic outline when he wrote this. There are a lot of inconsistencies between the two books which would pull me out of the story whenever I came across them. Some of the most glaring are the complete absence of the Maggoth Lords, instead their section is just lead by Epidemius. Another is a name change for Gutrot Spume, who is called Autus Brine here. The way pretty much every character death occurs is also different, some of which are minor changes while some are more noticeable. There are even some characters who die in the book who are still alive in the “real” story and some who live who are actually dead. The most trivial of these discrepancies is the Ghruk, the largest of the Glottkin has a full right arm instead of a lamprey mouth. This novel could really have benefited from a longer page count. A lot of the fighting had to be condensed to make room for the meatier parts of the story. It also could have benefitted from a post edit to bring the discrepancies in line. It’s a real shame that GW didn’t put the effort into making sure the two stories lined up more closely since Chris Wraight is one of their best authors. Here’s hoping that in future editions they edit it to fit in more. I’m sure it took a lot of readers out of the story when they had to stop and say”Wait, huh, what?” The ending also seemed very rushed, and what could have been an epic showdown instead became a “and then this happened” moment, similar to all the aliens dropping dead at the end of The Avengers. I’m sure this had a lot to do with deadlines and page count. When you consider that Chris just had Stormcaller come out for 40k you have to wonder when he managed to fit this novel in.

While the inconsistencies were distracting and a bit of a let down, the story itself is very well written. I will never get bored of seeing how Chris Wraight brings his own unique touch to characters we know and love. I can’t mention enough how much I loved Leoncour and Vlad in this story. If you go into it knowing that some of the details are quite different and just approach it as a story to be enjoyed then this book is very good. Just know that at the end of the day the events in the Glottkin book overrule this novel as far as story cannon goes. I hope to see more Vlad and Karl Franz from Chris in the future.

What did you think of the Empire’s turn in the End Time series?

Tyler is a life long painter and hobbyist and took home his first Golden Demon award at the 2012 Chicago Games Day with a follow up at the 2013 North American Games Day. More of his work can be found at his blog, Mengel Miniatures.
Advertisement 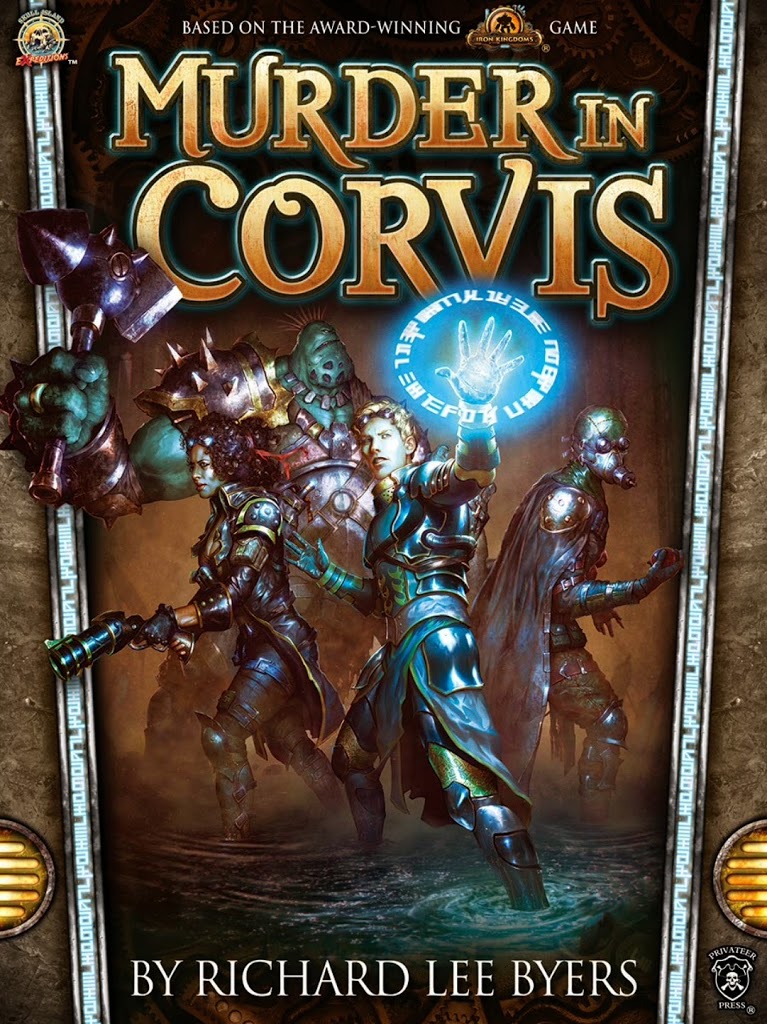