Even though I’m using vintage miniatures I like to have fun and improvise as seen in part 6 and 7. This time it’s about my count as Bull Centaurs, the Bull Mobiles.

Early concept
Ever since I got this army I was determined to make it winter themed and snowmobile and winter goes hand in hand. At least from where I’m from. So the “Bull Mobiles” was one of my earliest ideas for special conversions in the army.

As always I started the build by finding appropriate parts.

Getting it all to fit
This part is generally harder than it looks. I needed to get the transition from the juggernaut to the

First I started with the undercarriage. Quite a big leap in the build. Here the front skis are in place and the build test fitted to the base.

Now with added drivers. I used the monopose here as well (also on the Iron Daemon). Made a little platform for them there. When you drive a snowmobile you need to use your bodyweight a lot so you stand upright a lot. As tall as these are I think this makes it plausible they could steer one of these things by getting enough leverage. Sadly these are the last WiPs I took. Impatience took hold and I just completed and basecoated them in one go. Note the guys with great weapons. They’re based on blunderbuss warriors with bestigor weapons. The bull motif came in as it links these with the Iron Daemon and shows better that they are count as Bull Centaurs.

Very happy with these and they ended up way better than I hoped for when planning the build.
That’s it for part 8, meanwhile go check out my 2k+ milestone with this army in my blog.

How about those Bull Mobiles? Next week will be a summary on how far the army has come so be sure to check that out! 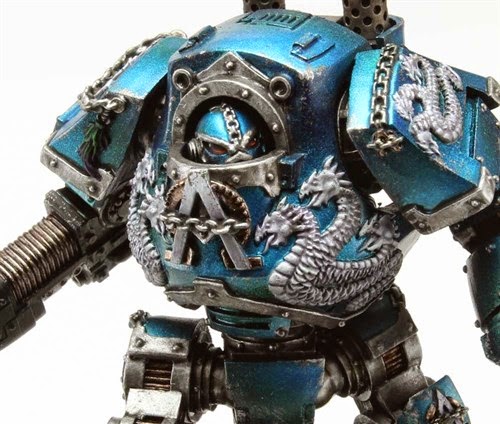