Did you miss anything over the weekend? Spring into Monday with a look back at last weeks tabletop news and rumors!

The big story from the weekend is the new Necron release, however there is still more from the End Times and Forge World too boot. It doesn’t matter if you’re a round or square base-er it’s a great weekend for hobby news!

As of this writing the full release list as well as some of the product photos have been leaked for the Necrons.

Initial feedback seems to be postive for the limited ‘Cryptek’ Codex release however I’ve heard of several Blood Angels players lamenting over the disparities between the two editions! The End Times: Thanquol and Archaon

At last we have the latest End Times book in the series, and WOW the old world is starting to sound a lot more like the ‘Grim Dark’.  Easily the most viseral chapter in the End Times saga, Thanquol may just turn out to be the ‘Empire Strikes Back’ of the series.

The story sets up what looks to be the final series of battles of the End Times as Archaon  (or his Skaven ‘allies’) close in on all, battles across the old world from Lustria to the Dwarven mountains.

From what I can see there is no way the fifth book of the series CAN’T revolve around Archaon from the conclusion of the Thanquol book.

Spoiler alert this book is brutal! On the rumor front we heard some murmurings about new Soroitas models. Here’s the latest but I think the key is several different independent posts saying new models and a codex!

Originally Posted by Ishagu
A Hardback Sororitas Codex with plastic kits. I was told something similar by someone in the know not long ago. It could be true…

Originally Posted by Sephillion
I’ve heard more credible things about Sisters being later (next year), and the fact that they would redo Dark Angels, CSM and Daemons so soon… instead of redoing the problem Codices… seems like whoever wrote this just assumed GW would follow the same order.

Via Steve the Warboss 1-11-2015Regarding Sororitas Codex

After the featuring in the Shields of Baal Campaign i think its possible for a near Sororitas release. The Codex is complete and can be released every time. More rumors do not exist at the moment. Moving on to the next chapter this weeks rumor saga; we heard from several of the same sources above about ‘cult’ rules for Chaos Space Marines.

They all seem to point to a Khorne Codex of some sort, and a new Bloodthirster model with hints of a possible crossover release with Fantasy’s End Times Book 5.

The main purpose of this khorne codex is to ride in the slipstream of End Times 5, which will be released earlier in march, with the “headline”-release of the new Bloodthirster (builds 3 variants)….The bloodthirster apparently looks great with various head and weapon options.
The Archaon book will bring some more khorne stuff with a new unit as well….I heard there could be an old special character possibly getting a new model, it’s possible it could be a dual kit with the bloodthirster….And Skarbrand. Assume he would dual kit with blood thirster but not 100%

then Harry chimes in:

Except this one was designed and sculpted by Jes Goodwin.

The Jes Goodwin? That comment is coming from Harry who has a great track record for his news/rumors! The latest creations from the crazed laboratories of Clan Moulder, Stormfiends are hulking brutes stitched together from a variety of body parts. Armed with a deadly array of experimental weaponry, they are able to wade through densely-packed enemies, or single-handedly halt enemy charges with blistering fire-storms.

This multi-part plastic kit makes three Stormfiends that can be assembled with a variety of weapon options. The three Stormfiends each have a unique pose, and warpstone armour that is different for each model. They are covered in all manner of pipes, cables, stitched skin and runes.

Each miniature has the option to be armed with a pair of one of the following: ratling cannon, grinderfists, doom-flayer gauntlets, shock gauntlets, warpfire projectors or windlaunchers. 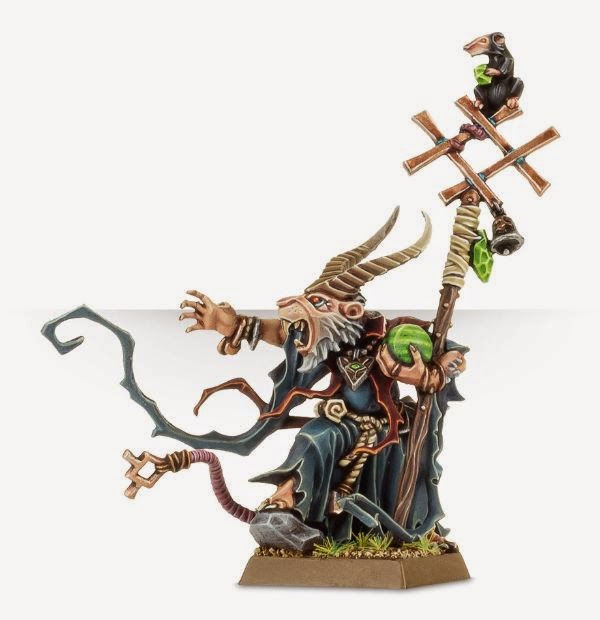 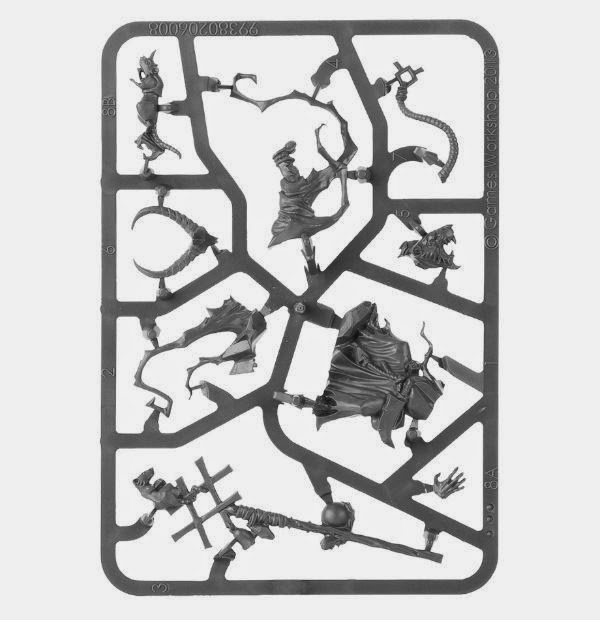 The Grey Seers are powerful sorcerers, capable of channelling eldritch energies in destructive ways – levelling armies with lightning, or summoning ravening swarms of rats. As chief agents for the Horned Rat, Grey Seers wield tremendous influence amongst the Warlord clans, and only a fool would ignore their council.

This 9-piece plastic kit makes one Grey Seer holding a staff (mounted with a pet rat) and crystal ball, and armed with a dagger. The model is supplied with a 20mm square base. 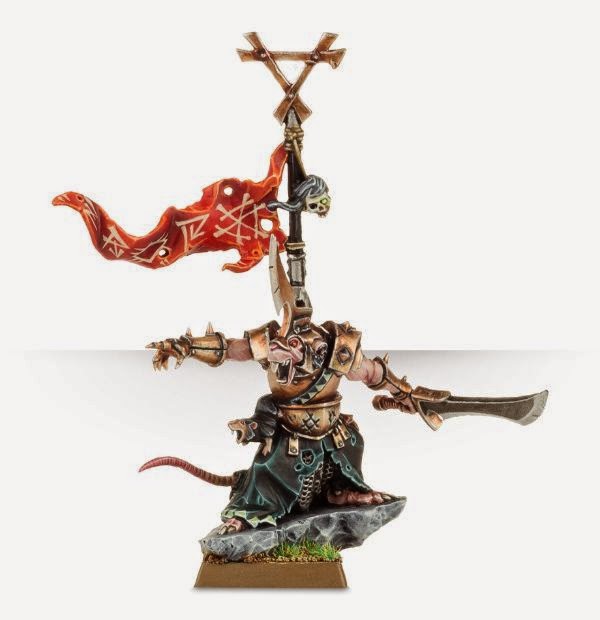 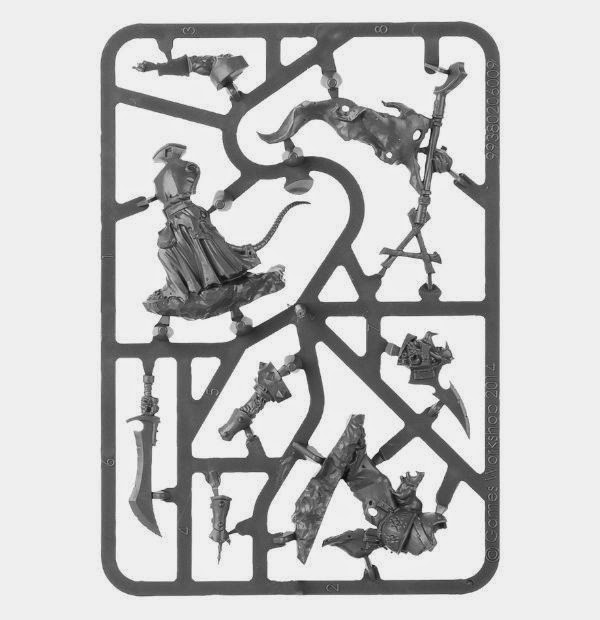 To hold the title of Warlord is to rule supreme. In battle these brutal, back-stabbing commanders will do anything for victory, leading from the back, a nice safe place where he can watch the flow of battle and decide where his sword arm is needed most.

This 8-piece plastic kit makes one Skaven Warlord armed with a sword and wearing heavy armour and is supplied with a 20mm square base.

And the obligatory bundle… 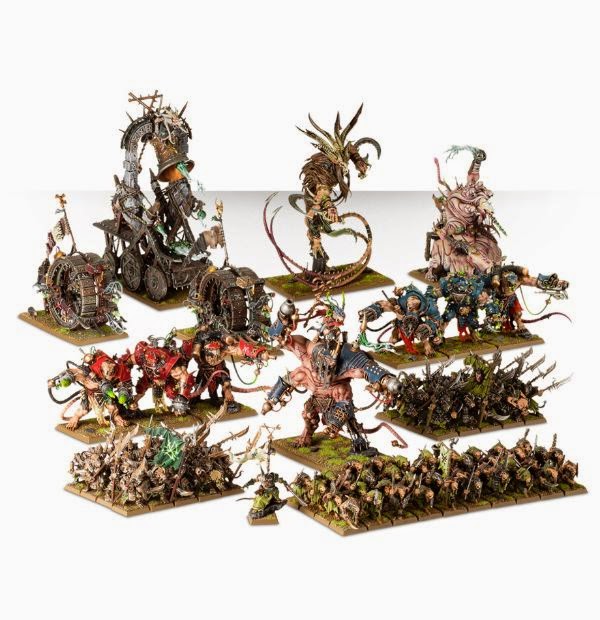 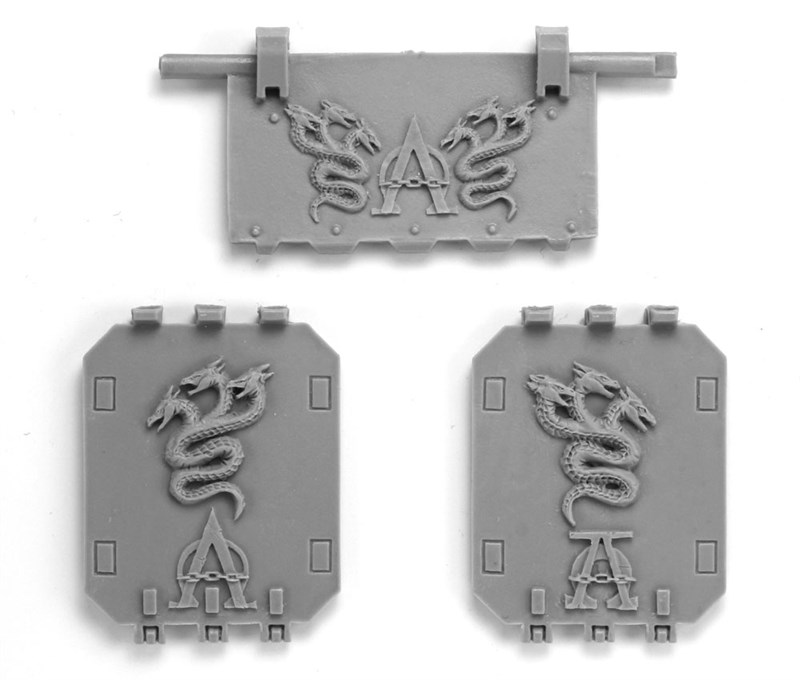 Stay tuned what’s sure to be more this week from the impending Necron release, and if you want your chance to score some FREE Forge World swag head on over to our new forum for our latest giveaway.