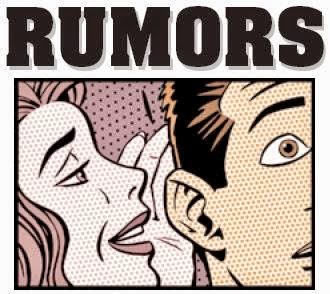 Hello everybody, it seems like there are a lot of Chaos Goodies ahead of us.


So far I only have heard about a CSM supplement in March. Maybe some more details will surface over the next weeks.

The theme is Khorne, as far as I’m told.

Adding to the confusion now…

One of my very reliable birdies told me to not expect a new CSM codex, but only a supplement. And while it is centered around Khorne (plus at least one new unit and new models in plastic), it is not about a Legion, but a renegade warband. This is a contradiction to the rumour in the OP by Steve the Warboss, and only one set of those rumours can be correct in the end.

So apply a bit more salt than usual.

In the last week of March, GW will release a Codex for Khorne Warbands/Hordes.

It is a one-week release with no new miniatures released for this new codex as such (but Zerkers, in all their old miniatures-glory, are actually in the Codex, no WD spin-offs).

The main purpose of this khorne codex is to ride in the slipstream of End Times 5, which will be released earlier in march, with the “headline”-release of the new Bloodthirster (builds 3 variants).

There is no “main” Codex CSM in 2015. There are no nurgle, tzeentch, etc. equivalents to this khorne one planned (yet), as it’s mostly an End Times add-on to make the new Bloodthirster with all its variants work in 40K.

Darnok replied to these last rumours on Warseer

As far as I’m informed, this is 100% correct. New Bloodthirster, yeah!

Chaos Rumor Roundup
So Party People,  will there finally be a new Greater Demon?