Walk softly and carry a big… fist? Behold “The Crimson Fist”, aka Alexis Polux. Born to command, even if reluctantly.

The captain of the 405 company of Imperial Fists (or perhaps more famously the first chapter master of the Crimson Fists), is now available to order.

Captain of the 405th Company of the Imperial Fists Legion, Alexis Polux ‘The Crimson Fist’ was a warrior of unique promise both elevated to greatness and condemned to bear great sorrow by the events of the Horus Heresy. A tactical genius with a talent for void warfare, he was the protégée of the Legion’s greatest fleet masters, although before the dark betrayal of the Warmaster yet to reach his full potential. Inwit born, he was a physical giant even among his brothers of the Legion, and of a character as if cast in stone, emotionless and unyielding, whose reputation before the Battle of Phall rested as much on his strength in the bloody melee of close quarters combat as in command.

The latest model in our Horus Heresy Character Series, Alexis Polux is displayed on a scenic base with a banner of the IVth Legion, the Iron Warriors, cast at his feet. Wielding a power fist incorporating a combi-melta weapon, Polux is protected by void-hardened power armour, an iron halo and a vigil-pattern storm shield.

This multi-part resin kit is supplied with both a 32mm base as well as a 50mm scenic base. The rules for using Alexis Polux in games set during the Horus Heresy can be found in The Horus Heresy Book Three – Extermination.

This model is available to pre-order now and will be despatched from Friday 20th February. 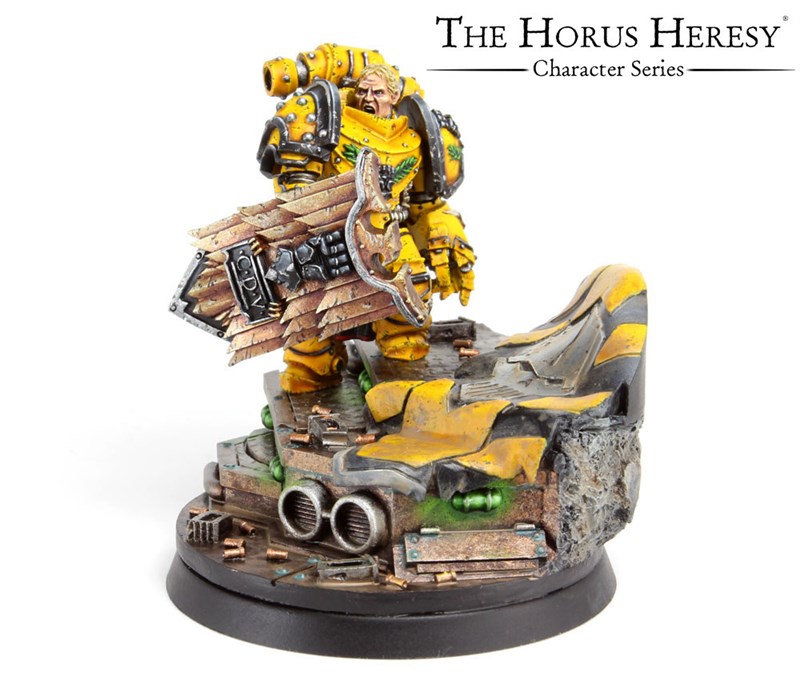 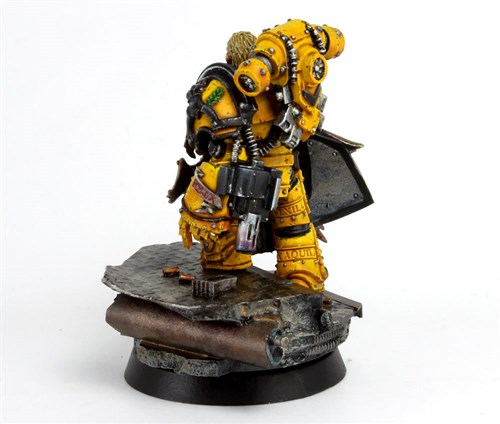 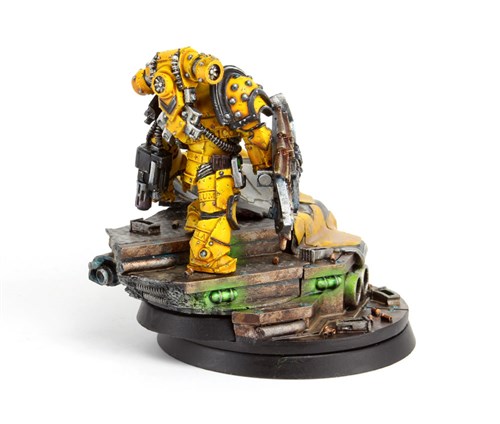 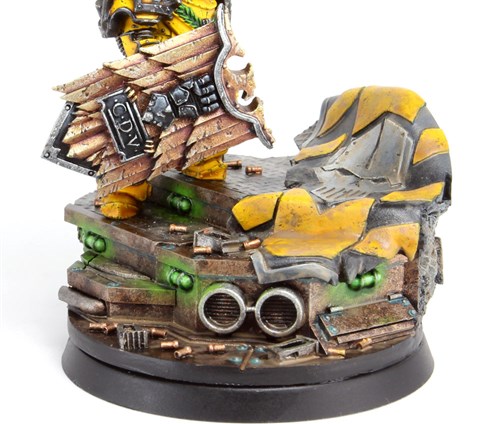 I don’t know what’s more baller that fist or that shield. I think he’s a ‘must have’ for all flavors of fists players!  -MBG 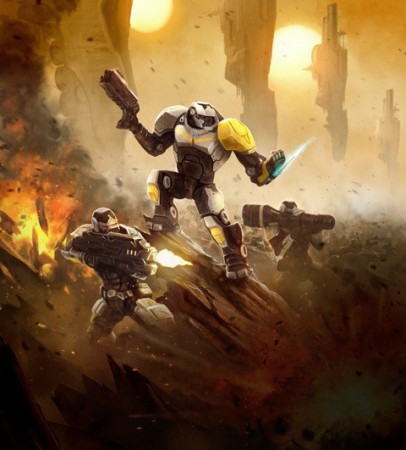