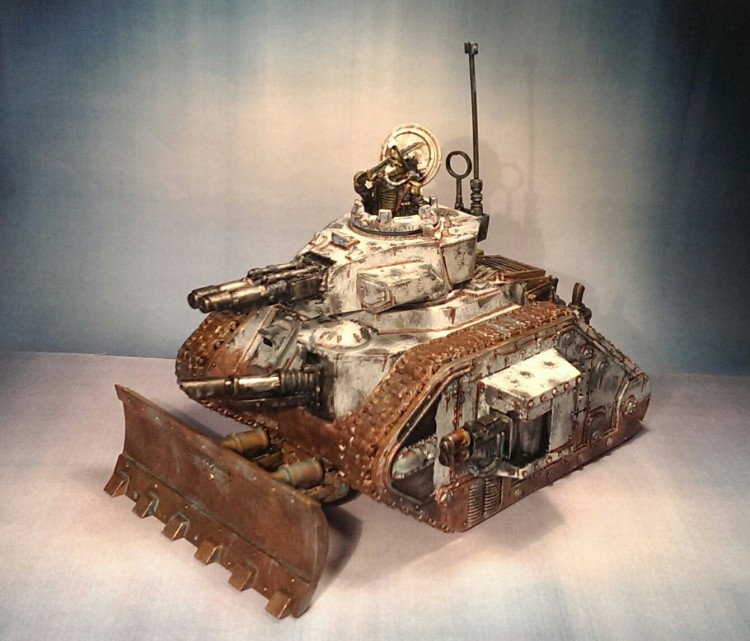 Got my first tanks this week so I just had to get the Commissar Tank painted! Oh and I have more tanks on the go, come check it out!

Hi! I`m Tommy from the blog bigbossredskullz and we are making a Death Korps of Krieg army!

Feels like I’ve been waiting forever to get my tanks but this week I got a major haul of 2nd hand tanks. Good times 🙂

The first tank I got was this oldie. 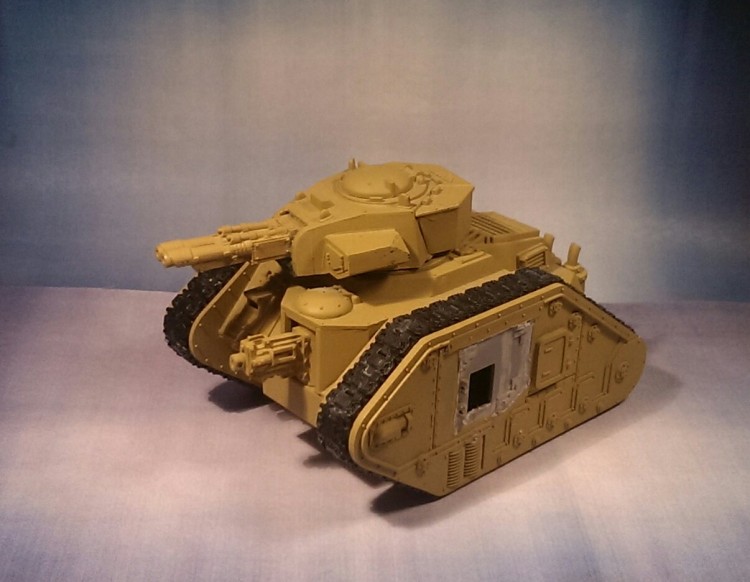 Metal weapons and all. After chatting with a mate I decided to go for the overkill loadout as this was going to be the commissar tank. My bitz box provided yet again, here’s how it looked pre-basecoat. 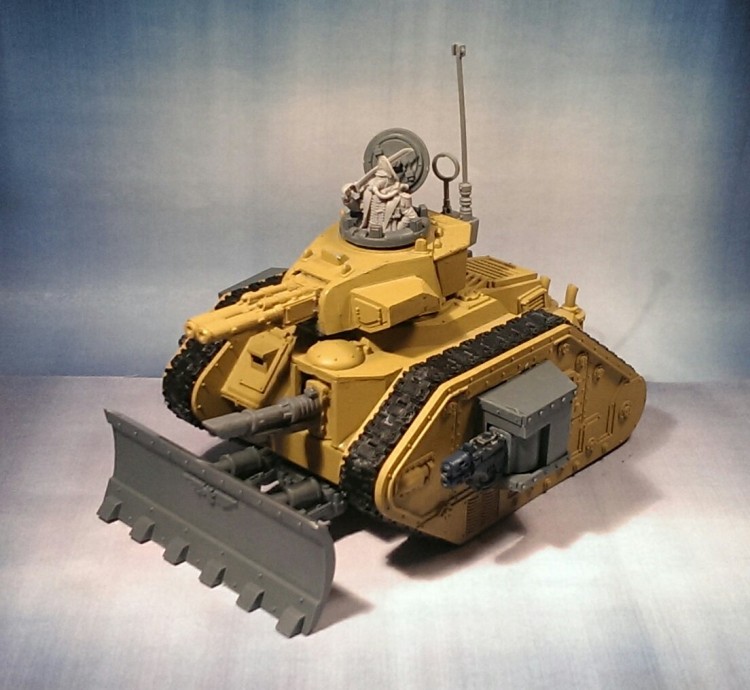 Hull mounted lascannon, melta-gun sponsons and some more bitz and bobs. Commissar striking a pose. What’s not to like 🙂 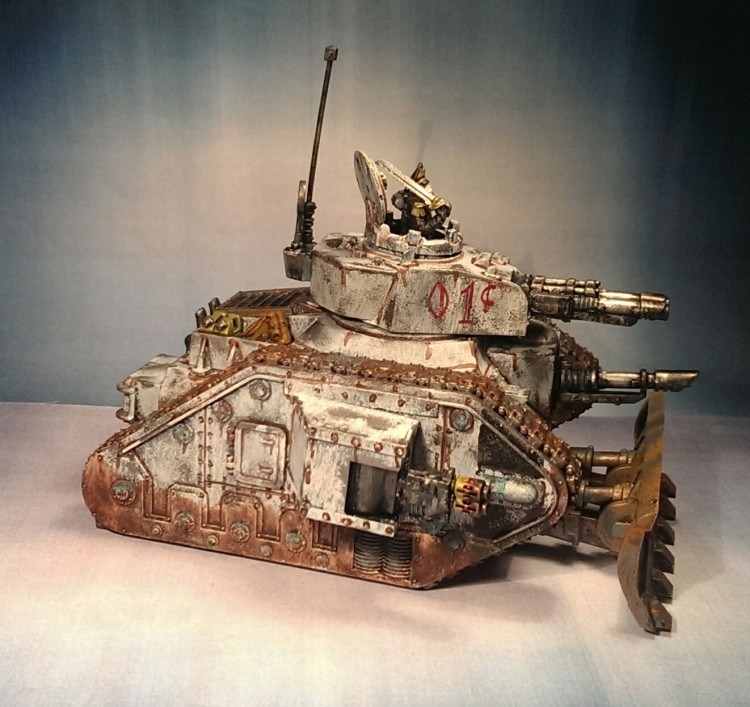 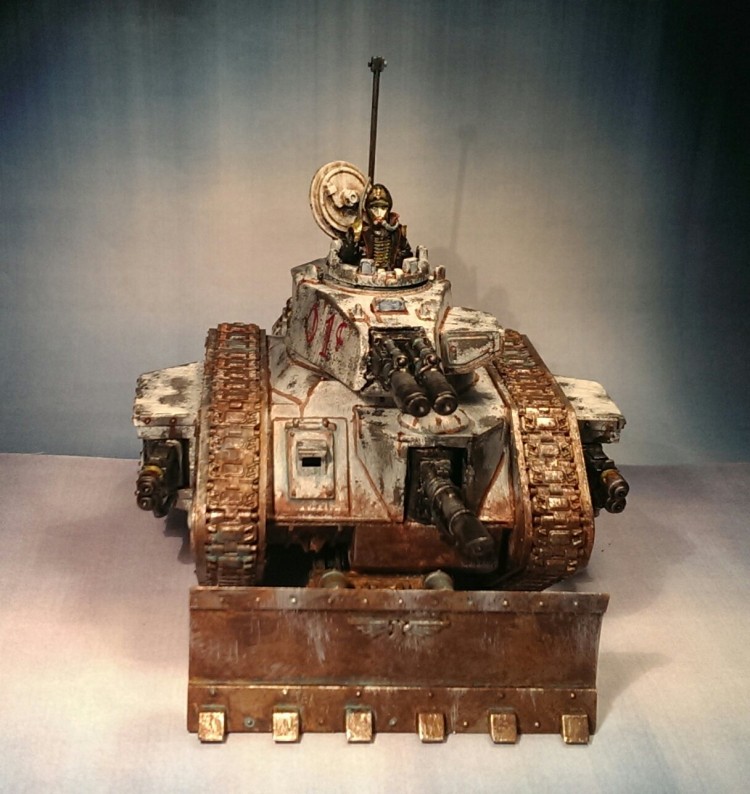 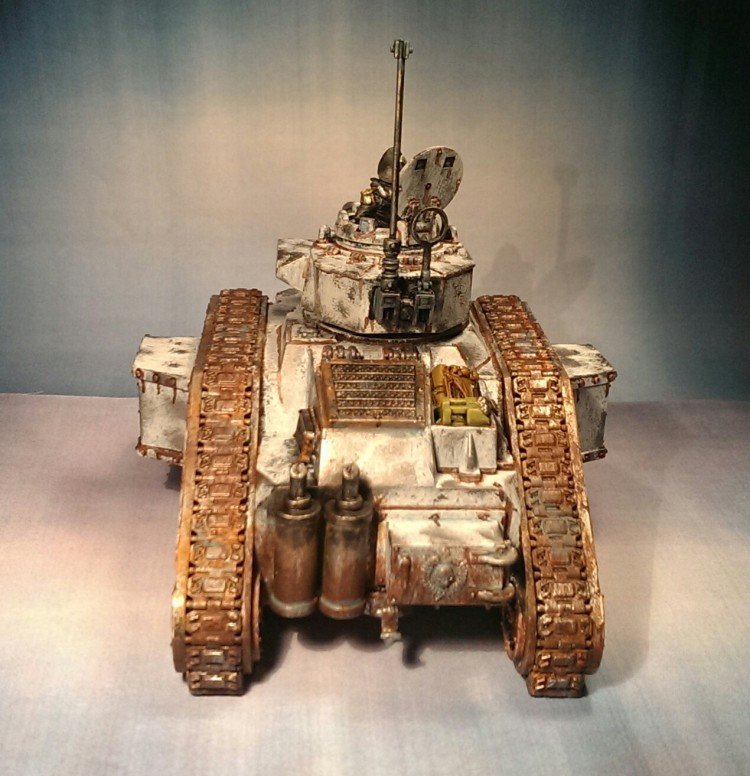 Used the same weathering technique I’ve showed previously on my centaurs. I think it  turned out great if I can say so myself and I’m very excited in getting some more painted.

Another thing I started to work on was this pile. It’s the old Hellhound version but I really like the FW variant so I’m ‘re-building it. 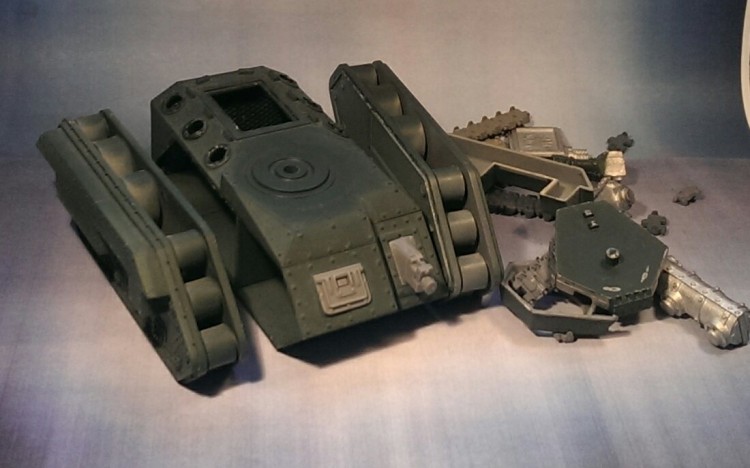 I’m still early in the build but I think I’ll get it pretty close to the original. Current WiP state here.

As per title, yes indeed 🙂 I’ve mentioned earlier that I’m making an armoured battlegroup first as it’s low model count. Here’s the coming lineup that will fill the troop slots. 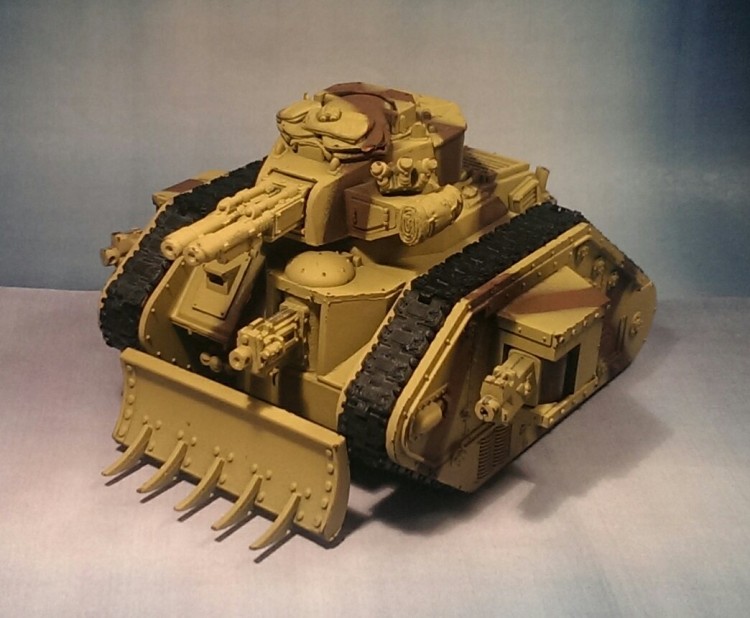 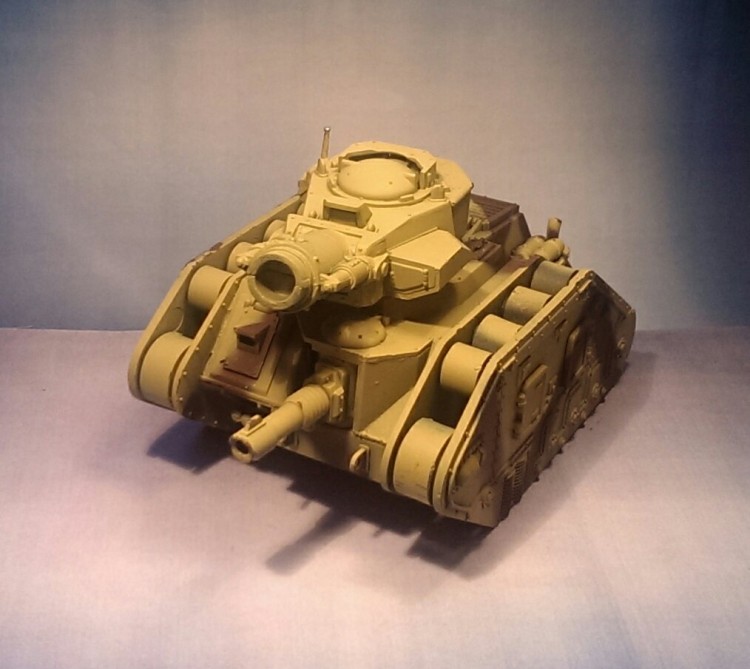 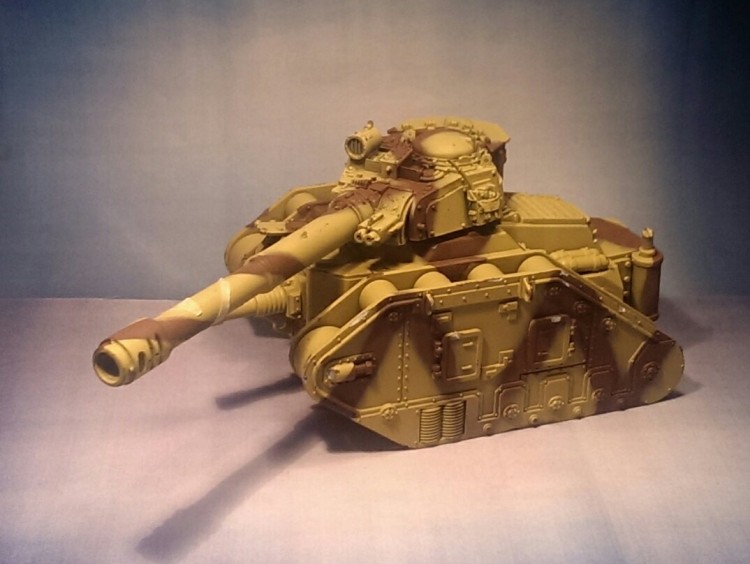 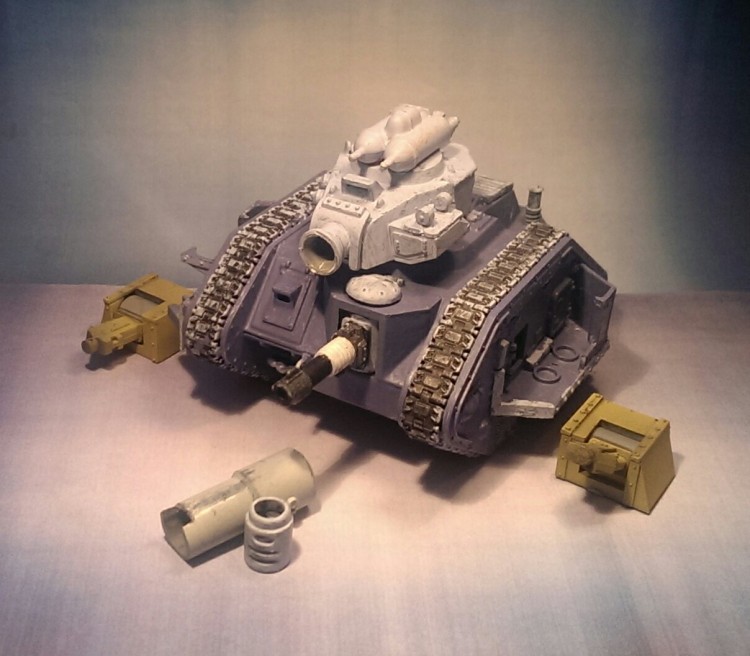 So basically I got a ton of work to do. Especially on the last one..

That’s it for this week! If you want to keep track on my WiPs (I update several times a week) just keep an eye out here.

What are the opinions on the winter weathering on the big vehicles?