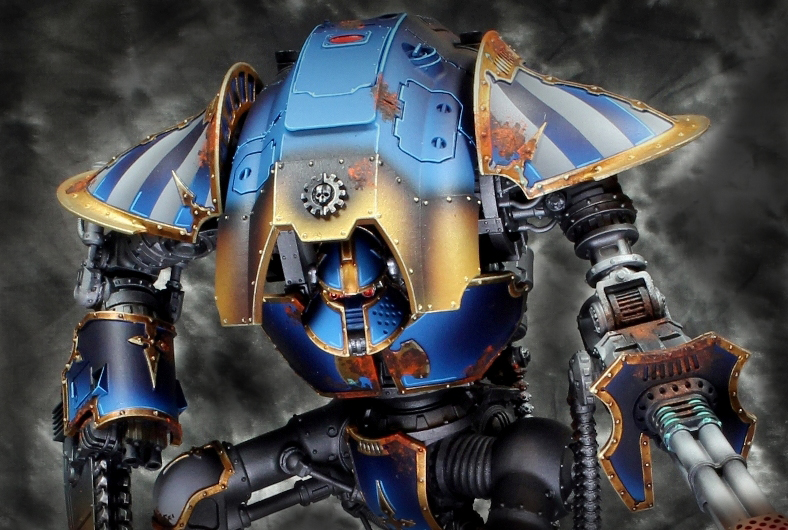 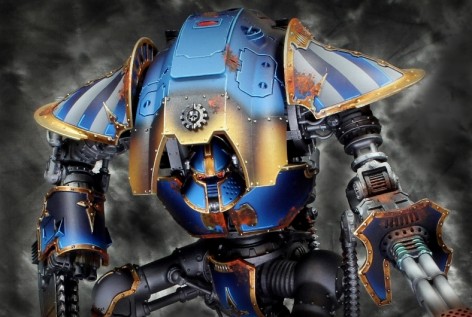 Legio Tempestus (aka The Stormlords) has perhaps the most turbulent of histories in the ranks of the Titan Legions, with over half of it’s number siding with Horus and turning traitor during the events of the Horus Heresy.

It’s founder, Indias Cavalerio – perhaps better known as the ‘Stormlord’, was a major character in the book Mechanicum, and perished with many of the remaining loyalist elements of his legion in the defense of Magma City during the Martian Civil War. 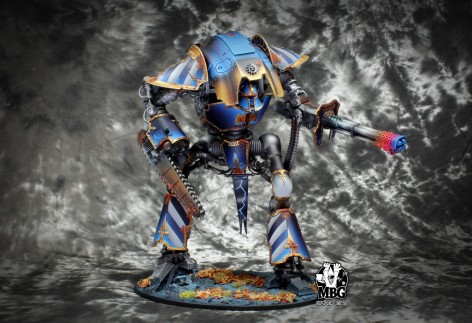 Depicted here is my latest commission piece, an Acheron mark of Cerastus armor dating back to the days of old, painted in a similar Legion pallet of blue grey, perhaps to depict it’s continued loyalty to the Emperor.

I used Privateer Press P3 Exile and Cygnar Blues along with some generic black, and the lighter grey below to shade the armor plates of the Acheron.

The striping was done with Badger Minitaire Badger Fur, Concrete Slab, and a little bit of Snow White added in at the end to raise that grey highlight just a bit. I used these greys both on the striping and to help shade the blue (Cygnar with Concrete) because they are themselves a blue grey so they naturally mixed together well. 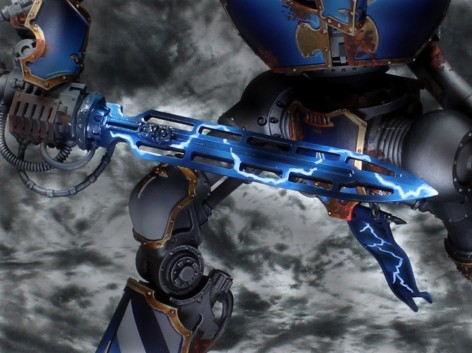 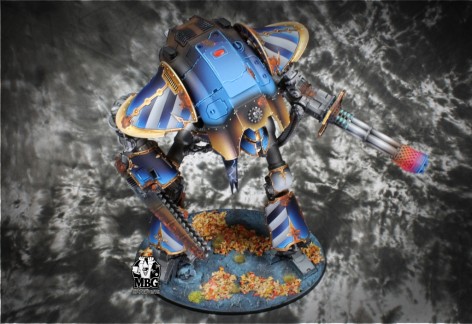 Truth be told the most time intensive part of the project was base-coating all the gold trim, because you can’t airbrush every part of the model (though I surely wish you could).

…For such weapons are only deployed for missions of extermination, to topple the works of the enemy and scour clean his lands with flame.’ 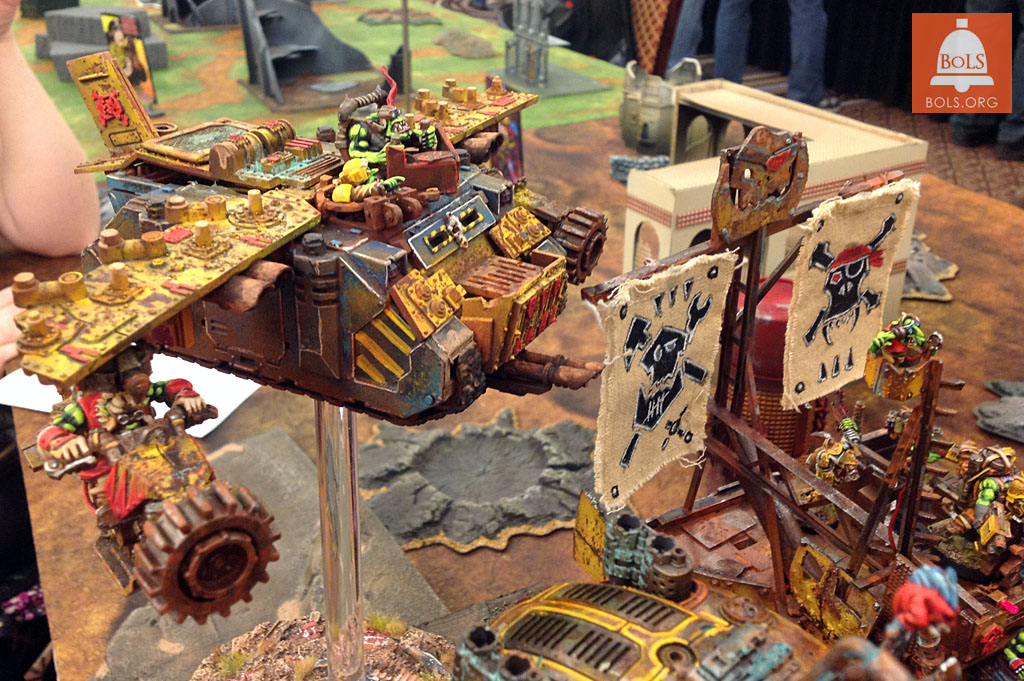