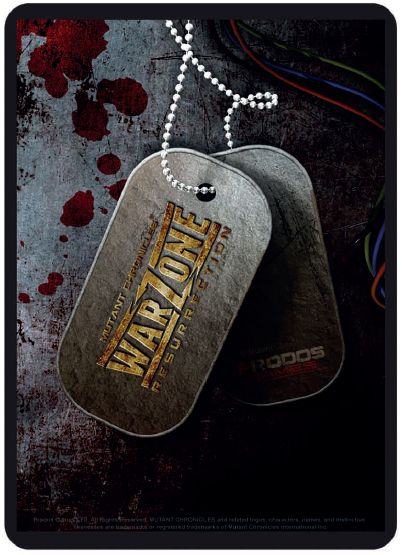 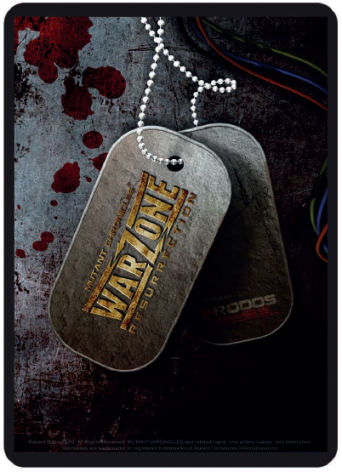 Many things set Warzone apart from its peers, including the use of cards alongside the miniatures and dice. In this article, we examine the recently released Megadecks and how they can be used with Warzone: Resurrection.

Cards in Warzone: Resurrection fall into three categories: Stat cards, Resource Cards and Advanced Game cards. Each of these has a different effect on the game.

Stat cards, or cards with the unit information on them, are very useful game aids. While the concept of putting all of a unit’s rules onto a card for easy reference certainly isn’t unique to Warzone, the use of a card helps in a range of ways within the game. For example, where a character receives wounds or a vehicle receives damage, you can place markers on or next to the card to keep track. Vehicles even come with boxes on them if you’d like to tick them off with a dry-erase marker.

While all of the rules for Warzone are available online for free, stat cards mean that miniatures can be played even without the book or supplement that they appear in. Several products from the current range have been released in this manner. 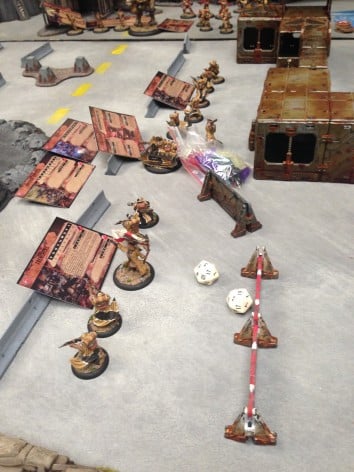 The next type of cards in Warzone is resource cards. These form a very important currency in the game- your warlord and troops squads provide you with a set amount of cards that refresh each turn. These cards can be used to activate special skills, provide limited (but critical) boosts to your units, or pay the cost of cards in the advanced game. Learning where to use your resources most efficiently and effectively is a key tactical consideration. 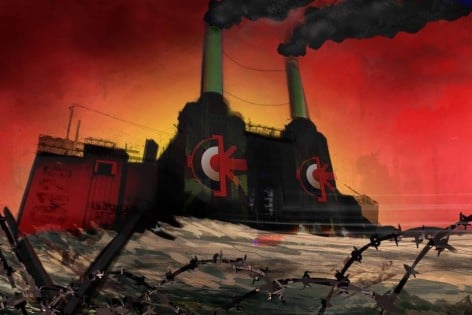 Like many collectible card games, a player builds a deck from the cards they have available and gets to play a limited number of them during a game. Choosing a deck to compliment your forces (or vice versa) is critical to achieving synergies. 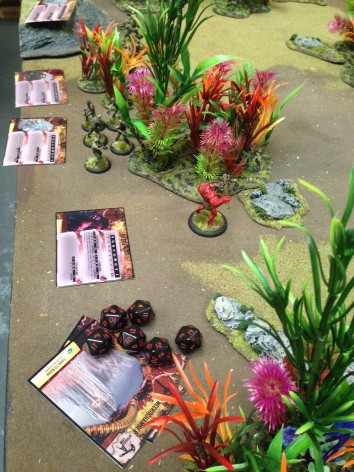 Prodos has recently issued packs of these advanced game and resource cards called Megadecks. These have been developed after player feedback on the size, style, gameplay and availability of the cards. Previously, each unit purchased came with a limited set of strategy, tactical and gear cards, but this meant that if a player wanted a full set of cards they would have to buy several versions of the same unit (which is very difficult in the case of named characters!). In the Megadeck, you get the maximum allowed number of each type of card for every unit in that faction (even if you weren’t going to buy them). 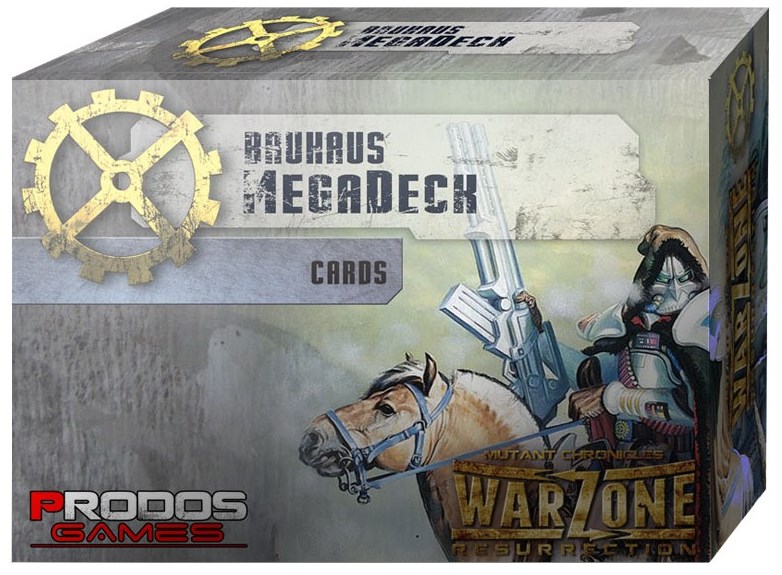 But that’s not all. Prodos has also released their cards in PDF format for free download (yes, free) from their website. That means that not only can you print them off and organise your deck at home, but you can look at what your opponents might have in their bags of tricks so you know what to plan for.

This article is a short version of an article in Cartel Tactical Centre (CTC) Magazine, a free fan-made e-zine available at their Facebook page.

Have you got your Megadeck yet? Have you plotted out a fiendish set of cards to help win your next game? Let us know here!