In today’s Tactics Workshop, we examine the Fighting withdrawal in Warzone Resurrection.

The openness of a tabletop wargame allows players to experiment with a range of different strategies and tactics. In Tactics Workshop, we examine how to apply these tactics in a new or better way, and in this article we examine the Fighting withdrawal.

From the military juggernaut of Capitol to the precision manoeuvres of Bauhaus, and from the dogged defences of Imperial to the data-driven assessments of the Cybers, we all use a fighting withdrawal when we need to. Even Mishima, not normally known for their ability to cease attacking and cede ground, will use it to ensure favourable conditions for a fight. Just remember the following points:

Your team should be deployed somewhere that will be out of range of the enemy but with good fields of fire- in a low-rise building, a large tree or an outlying piece of cover are all good choices. Identify where you’ll have them eventually fall back to (if they were to withdraw all the way to friendly lines) and where the best line of withdrawal will be (you want to move from cover to cover, but you also want the ability to shoot at the enemy the whole way).

If possible, let the enemy activate their troops first and get within range. You want to have your team deployed in cover and/or with bonuses to armour and heal so that your casualties will be minimal if they fire at that maximum range.

When you’ve got enough targets within range and LOS to deal with (usually 3-4 models on small bases), activate your withdrawing team. Use their first action to shoot, the second action to move rearwards- if the enemy hasn’t run and they’re not vehicles, you should be just outside their range and still in cover when they next activate. Many commanders prefer to move before shooting on the slight chance that you roll a 20 for any of those shots, but this is a risk you have to take. 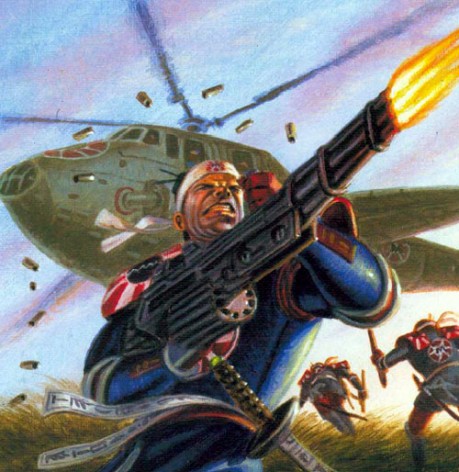 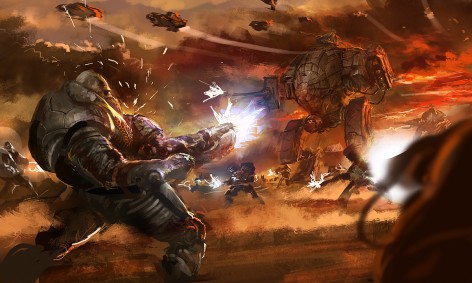 So which units make good fighting withdrawal teams? Each of the corporations have their own strengths and weaknesses. However, there are a few common skills and stats that you want to be on the lookout for. 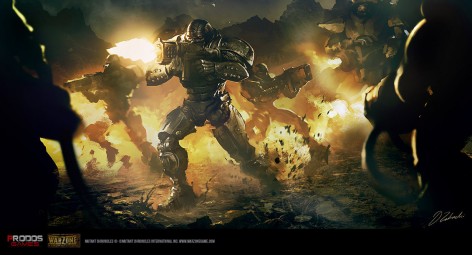 Now that you’ve had a look at the concept, go and give the tactic a try. It may confuse some of your opponents, as many of our tactics are about closing with the enemy but here you’re moving the other way. It may work for you, it may not, but remember the situations that call for a fighting withdrawal (twin concepts of maintaining pressure on the enemy and avoiding decisive commitment), and only use the tactic where it’s necessary.

This article is a shorter version of an article that appeared in issue #1 of Cartel Tactical Centre Magazine, a free fan-made Warzone e-zine. Check it out on their Facebook page.

Have you tried making a fighting withdrawal in a game of Warzone? How did it go? What did you use?