Surely you know about Dystopian Wars –  but if you don’t know…read on.

How about alternative history, like say where steampunk science invents weaponry and defensive systems far beyond what really happened?

How about World Warfare with nearly a score of different nations or groups fighting for global dominance?

There surely you know about Dystopian Wars.

But if you don’t know…read on.

Dystopian Wars is set in an alternative history Earth, which deviated from our own world in the 1850s with the discovery of a very special element called Element 270 (or frequently called Sturginium, named for the man who unlocked its potential).  Now the winds of war blow everywhere – and collossal war machines clash in a game of epic World Warfare. 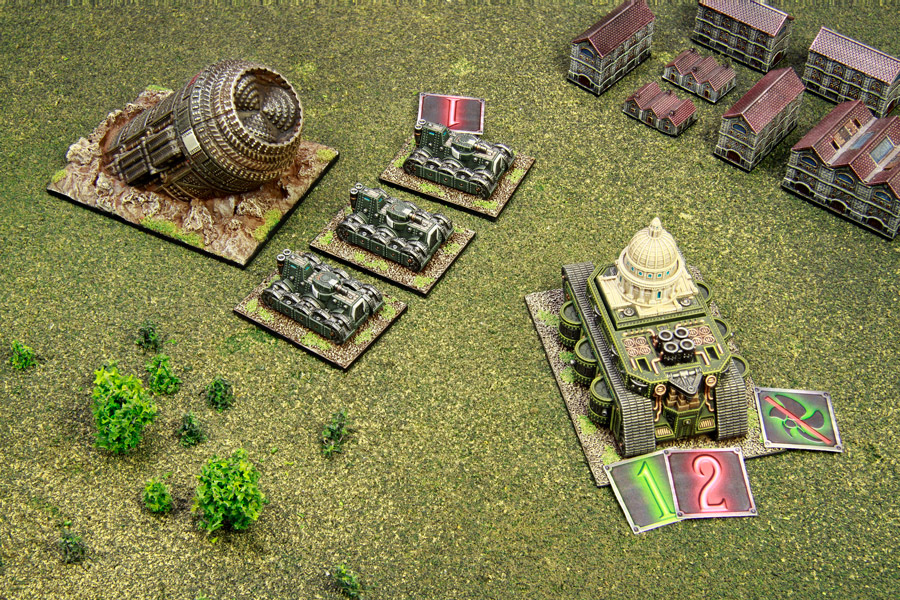 Let’s look at some of the factions.

First a few nations that you will recognize:

The Kingdom of Britannia – 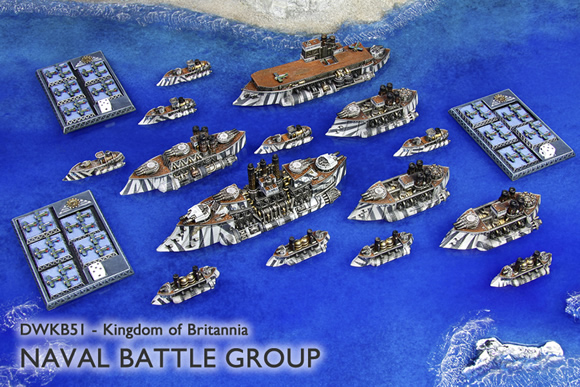 The Federated States of America – 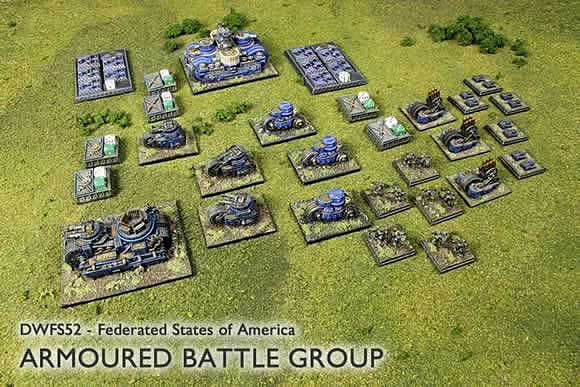 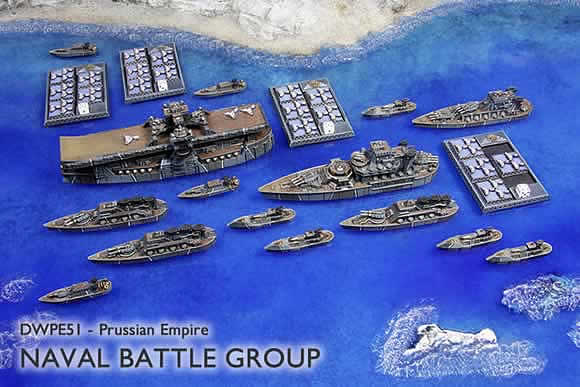 The Empire of the Blazing Sun- 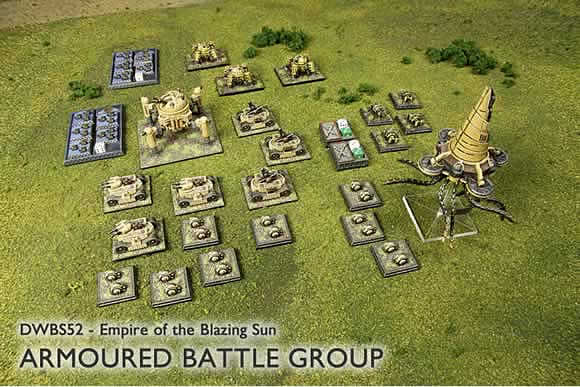 The Covenant of Antarctica – 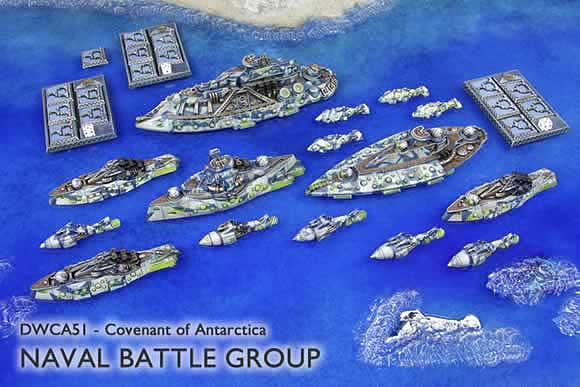 As you can see each nation has a strongly defined aesthetic, unique to their nation and each given fine care to look like a unified, themed force.

The mechanics of Dystopian Wars, like all of the Spartan Games game systems, are based on exploding D6 dice pools.  That’s a simplified way of saying that you roll a batch of dice, looking for certain numbers – typically 4, 5, and 6.   Dice that score a 4 or a 5 are successful, and 6s count as two successes and grant the player the ability to roll an addition die, which in turn gets successes on 4s and 5s, and two successes on a 6, granting the ability to roll another die…etc.

That means that particularly lucky shots can happy anywhere – theoretically the lowliest frigate in the game could one-shot the most powerful Dreadnought.  That isn’t something you can bet on, though.

One of the defining features of Dystopian Wars is that the gameplay really does span naval, ground and aerial warfare.  And most units in the game are not helpless against enemies of the other types – naval and ground units typically have “Ack Ack” (anti-air, flak, that sort of thing) to shoot at aerial attackers.  Aerial units can have typical guns as well as bombs or torpedos.

A further super-science addition to Dystopian Wars is the use of Generators.  These are mounted only on the larger ship/landship classes, as they tend an immense amount of power to operate.  Generators tend to be nation specific, per the doctrine of warfare for each nation – for example, the Republique of France, who sports amazing naval ships that can hover out of the water like an airship, have Generators that can create clouds – mobile aircover. 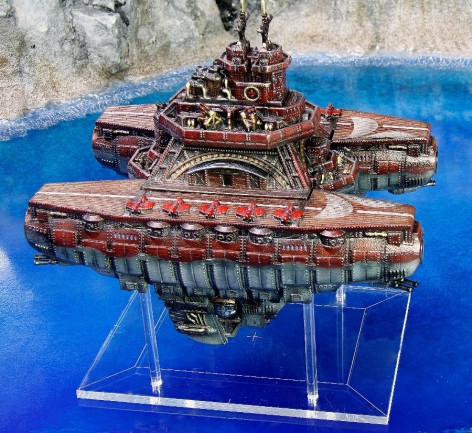 This is literally just skimming the surface of Dystopian Wars.  Join me again when we get into deeper detail about the state of the world in the Dystopian 1870s, as well as a look at some of the smaller nation-states that play a role in the world war that is coming.