This may be the reason we never saw a ‘HQ’ model for the Skitarii. Here’s the new Mechanicus HQ details!

There is a bit of speculation about what the Cult Mechanicus may contain exactly, BUT if we know anything it’s that the Adeptus Mechanicus models can literally be anything.

Currently we’ve heard of new Knight Titan Variants that may be part of the same release, Electro-Priests, and tracked Infantry models.

Today we get a new twist on an old staple for the Mechanicus!

The HQ unit for the New Cult Mechanicus is called a Tech Priest Dominus. This is a larger character model that is similar to the Forge World Magos models, except it is done in plastic. He is similar yet different that a Magos, robed and slightly hunched over from the arcane mechanisms mounted on his back. There are two head options one is crowned with a strange almost papal hat and the other with the normal hooded mechanicus garb.

There are servo arms that stabilize the figure to the ground and do not have free motion. He walks with an immense staff that is a much larger and more ornate version of a Tech Prist’s weapon, and also sports a cane.

The model has multiple spidery legs concealed under his robe, and is on a 40mm base.

With the way Games Workshop has been releasing clampack multi-part kits I could definitely see this description as being thoroughly possible design wise.  Plus it may even explain why there was no Independent Character model release with the Skitarii as well.

Buckle up worshipers of the Omnissiah, this may be a BIG release… 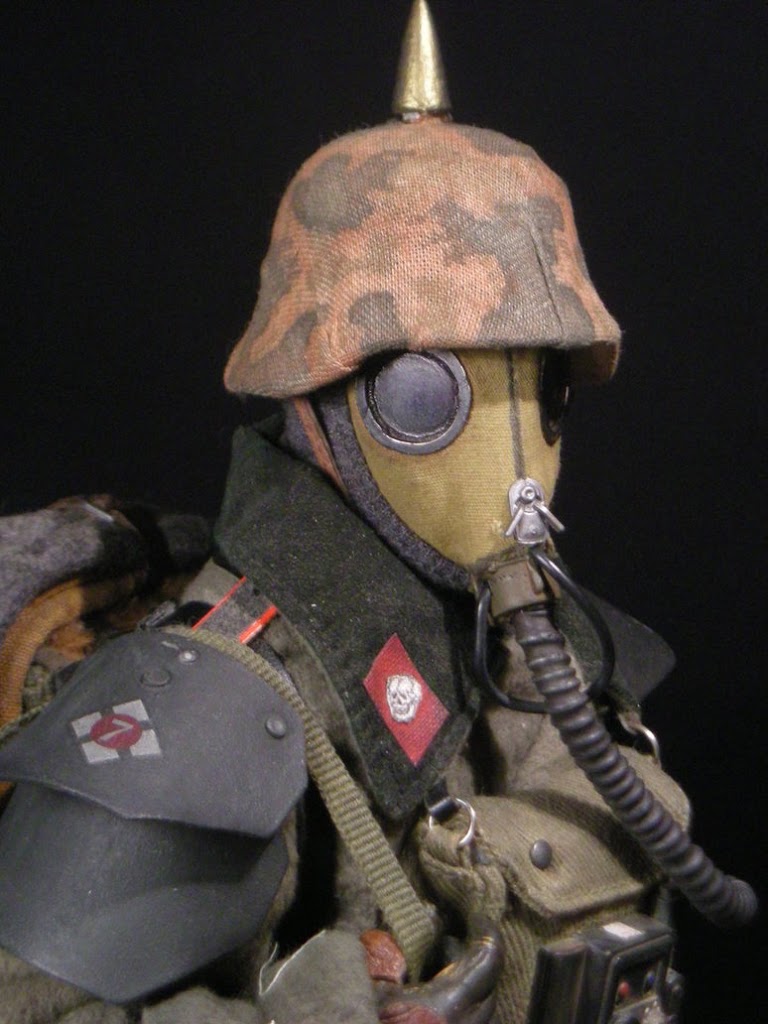