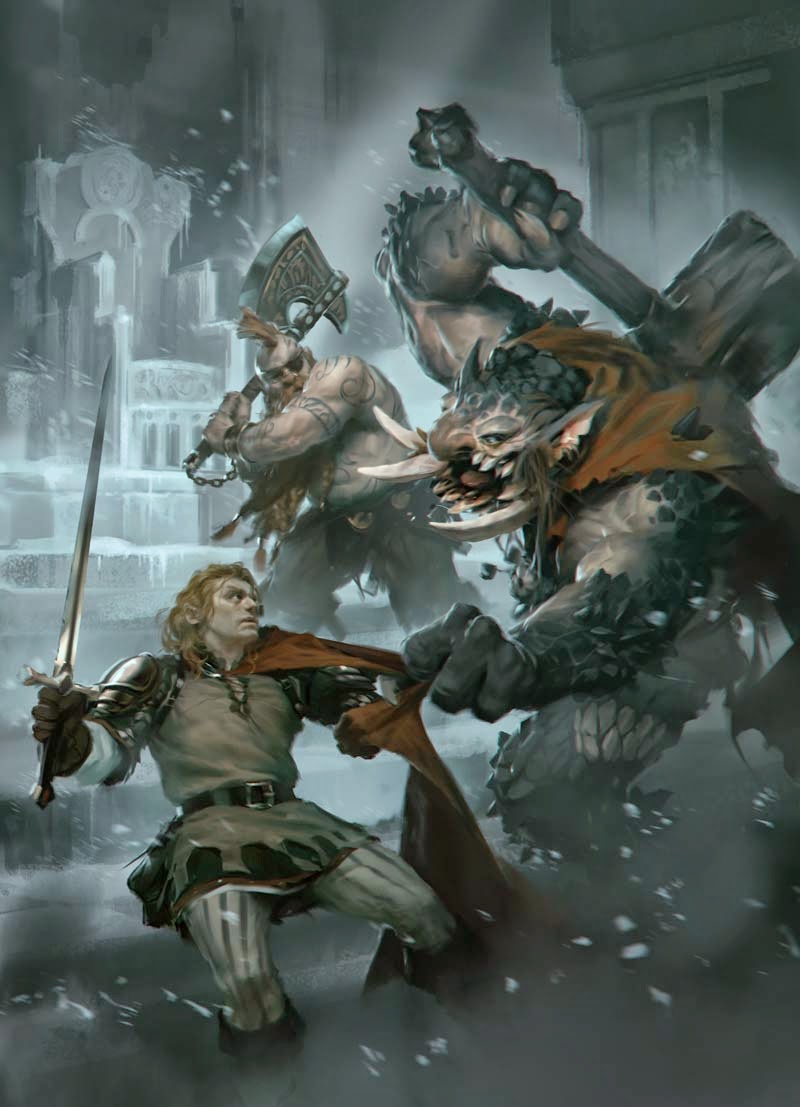 The Doom of Gotrek Gurnisson is fast approaching and today I have a review of part one of Gotrek and Felix’s final adventure, Kinslayer by David Guymer.

It’s the start of a bittersweet goodbye as the longest running series in Warhammer Fantasy comes to a close.

I have to preface this review by telling you that I haven’t read much from Gotrek and Felix series, in fact, previous to this I have only read one. Having said that though, I am very aware of the series and the major characters. While I may miss some of the more subtle references, I do recognize enough to know what’s going on. When Kinslayer starts, are famous duo have been parted from each other for over a year. Felix has married Kat and settled into an unsatisfying life of writing propaganda for the Empire in Altdorf. Gotrek is no where to be seen, and no one is really sure what he has been up to. Not only does Felix dislike his job, but he is having second thoughts about his marriage and spends the majority of his time reminiscing about his past adventures and drinking himself into a stupor. When Ulrika shows up in the capital looking for his aide to rescue their friend, Max, who is being held prisoner in Praag by Chaos, it isn’t hard to sway him to her cause. His romantic feelings are rekindled for the vampire and jumps upon the opportunity to be rid of his dreary life and revisit his youth.

Ulrika’s motives are suspect throughout the whole story, and you’re never really sure whether she is just using Felix or whether she really cares for her friends and their fates. I think the truth lies somewhere in the middle, but you’ll have to decide for yourself. This story take place against the backdrop of the start of the End Times, so we also get a few cool set pieces and character cameos. To cross into Kislev they of course have to find a way to traverse the Auric Bastion, which is still standing at this point. The way this structure is described makes it sound really cool, and I found it much more fully realized in this novel then it was in the Nagash book. Along the way they also pick up Felix’s nephew, Gustav, who is there mainly to act as a mirror for Felix. He represents a much younger Felix, although comes across as a little less then competent.

Another major player in the story is Snorri, the other famous Dwarf Slayer from the series. His arc in this is particularly tragic for many reasons. You really feel bad for him as he struggles to suppress memories he would rather forget. Despite all of this, he is also the comedic relief in a way. His fighting style is more just swinging his weapons around (which includes a mace for a peg leg) and hoping they hit something, which of course, they do, a lot. The story really picks up once Gotrek, Felix, Snorri, and Ulrika are all back together again about halfway through the novel. The interactions between the gang are fun, and somewhat sad. Due to circumstances and time, their friendships have all become strained in one way or another. I feel like it’s a very realistic depiction of friends who have grown apart but still care for each other.

The last stand out character for me is Throgg, the Troll King. Although he is the villain of the novel, he is very fully realized and you feel bad for him sometimes. He is completely alone in the world, the only troll who can think and speak. I also really like the way Chaos itself is depicted in the book. It’s a much more adult and realistic version then we see from GW a lot of the time. The Chaos lord they face off against at the Auric Bastion really stands out to me in particular.

I don’t want to go into to much about the plot here, but it’s safe to say that Kinslayer was great. The whole thing had me constantly wanting to read more and I can’t wait to finish off the series with Slayer. To say this is a happy story would be a lie, but if you are a fan of Warhammer Fantasy, or the Gotrek and Felix series, then this is a must read. David really nails the little details of the world that truly makes it feel alive. The characters also react in a realistic way to death, especially Felix, which is something you don’t see often in Warhammer fiction. Usually everyone is very blasé about the whole thing.