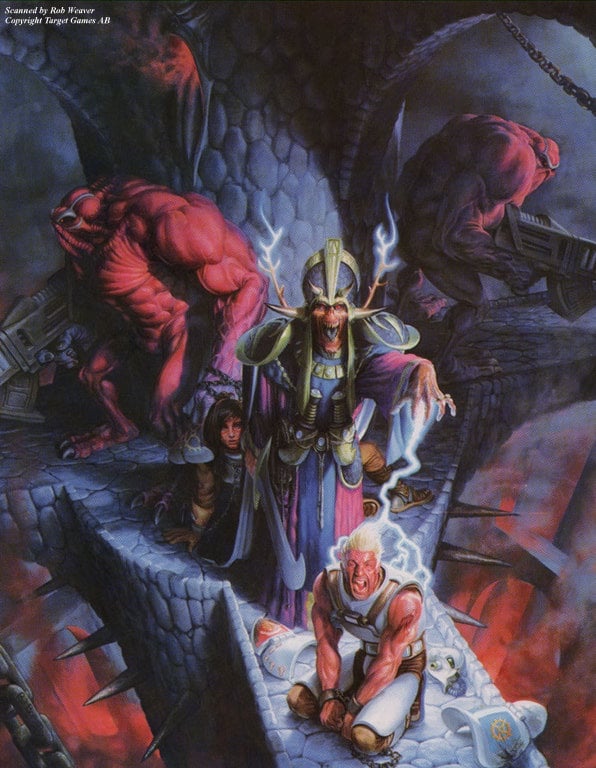 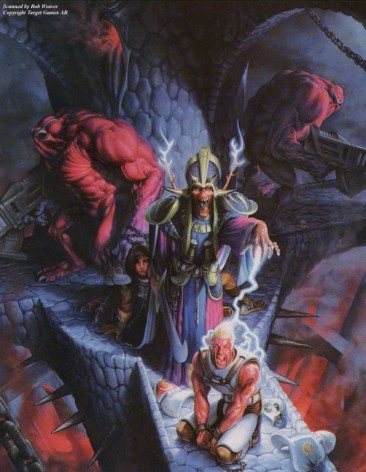 Players of Warzone: Resurrection can use these modern rules to resurrect an old favorite boardgame.

Assault on the Citadel

This scenario gives you the chance to play one of the legendary assaults on the Dark Citadels. Gather a group of friends to play the Doomtroopers, a Games Master to play the Dark Legion against you, and assault the fortresses of the enemies of mankind. The only thing is that there is a catch… all of the Doomtroopers are wearing video cameras, and the winner is the one who emerges with the most fame!

The Doomtroopers have penetrated the Citadel and are seeking the Nepharite in charge. If they kill that Nepharite, they win (although some will be more famous than others)! They will have to work together in order to defeat the enemy without ending up as a footnote on the After Action Report.

To play this scenario, you will need a Doomtrooper or Doomtrooper pair per player, plenty of Dark Legion miniatures, a board with individual sections of tunnels and rooms, and a whiteboard or screen to display the turn number, initiative order and Fame ratings. 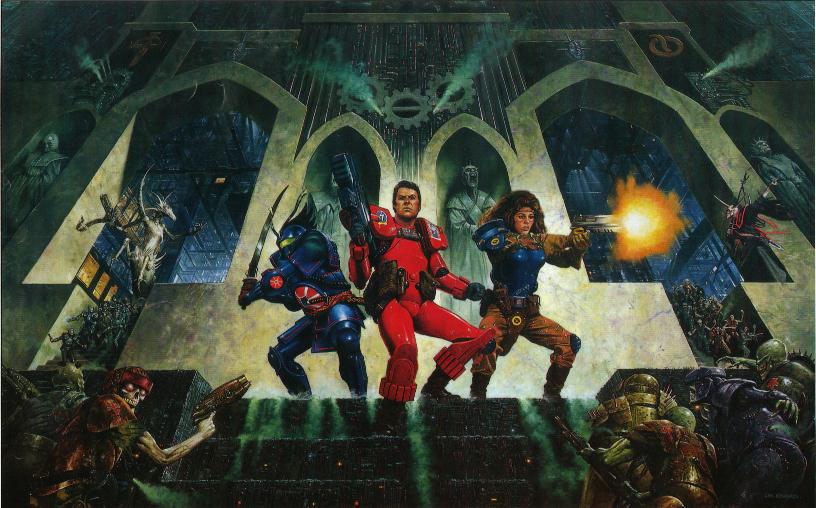 Each player gets 150 points to spend. All Doomtropers must be non-vehicles (no Sanders on his bike, guys!), and may be either named Lord characters or HOTSS-created ones. If the player doesn’t use all of their allocated points, any left over are added to that player’s Fame score at the start of the game.

For the Dark Legion, the players should conspire to make the meanest, toughest Nepharite they can. The basic model is free, but for every Doomtrooper, the Nepharite gets 30pts to spend on upgrades, equipment, Dark Symmetry or other enhancements.

Also, the Citadel will receive an additional 200 points of Dark Legion Lords, troops, support and monsters per Doomtrooper. These should be selected as individual squads- pay no attention to the OOC for this scenario. The players should mix up the Legion forces as much as possible to create an interesting game.

The table should be set up with a large central ‘chamber’, represented by a marked area on the board, or a specific tile, or even a fully modelled room. This should be placed in the centre of the table, with the Nepharite in the centre of the room (or upon the throne if you have one!). Around him, place one Dark Legion unit (at random) for each Doomtrooper assaulting the Citadel.

The corridors and rooms should be arranged in a maze around the main chamber. Try to place them so as to give players several options to reach the single entrance to the chamber, but also so that there is not one easy route to the centre. There should be a room or corridor marked as the deployment point for the Doomtroopers.

The Dark Legion do not place any forces outside of the central chamber at the start of the game. Instead, arrange all remaining Dark Legion troops into groups of one, two, or three squads. Try to mix them so that any force being deployed will be capable of fighting– place Lords and other powerful single miniatures into the larger groups, and the elite squads into the single-squad groups. 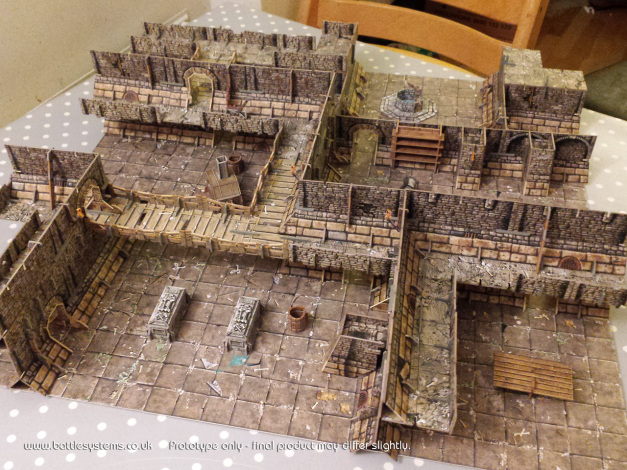 The amount of fame that each player has will change throughout the game. The current fame ratings of each player should be prominently displayed somewhere so that everyone can see how well they’re doing.

Fame is won or lost through a number of actions. All players start out with 0 Fame, but any player who did not spend the full 150 points immediately adds the leftover points to their fame total at the start of the game. During play, models can gain or lose their Fame through the following actions:

Next time, we’ll talk about how the game itself will actually run.

This article is a shorter version of an article that appeared in issue #1 of Cartel Tactical Centre Magazine, a free fan-made Warzone e-zine. Check it out on their Facebook page. The latest issue of CTC Magazine is available here and their archive of old issues is here.

Have you played the old Siege of the Citadel board game? Have you given this scenario a go?