Tzeentch be praised the times of change appear upon us. Checkout the new ’rounded’ displays in Warhammer World.

“you noticed in the bases”?

Round bases for the latest news, even could be understood ^ _ ^ then came more and more images.

Thumbnails of Khorne Daemons and Skullreapers with round bases with similar models with a square bases.

For the Skaven saw guns with oval bases but instead kept his abomination rectangular base !!! (What is the criteria?).

Finally I left pretty pictures army of Men Lizard (if HLs, for those who are still turning to go away ^ _ ^) has the Bastiladones and Stegadons with round base and cavalry !!!! but it does not stop there, the temple guard is also fitted with round bases. Perhaps infantry miniatures will also form as bullies? it makes me very mad about that Skinks are still in square bases !!!!

Finally !!!! I think the 9th will bring big changes, not look for pictures of the end of the battle. GW has changed the way of mounting the units much more realistic aside rows 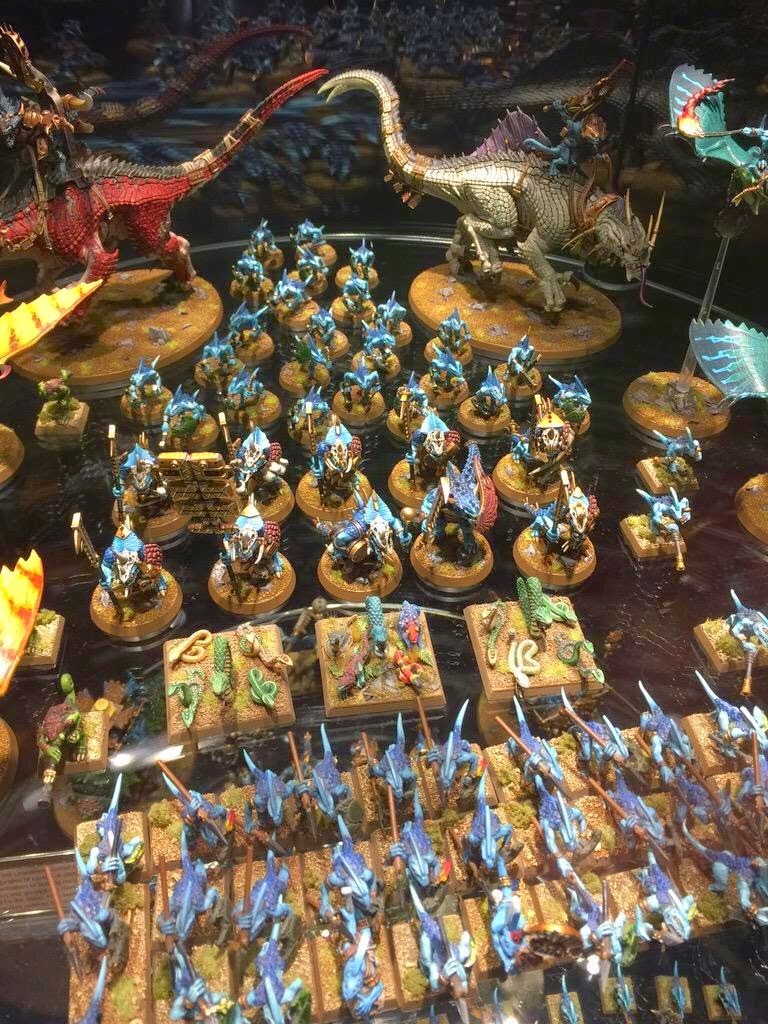 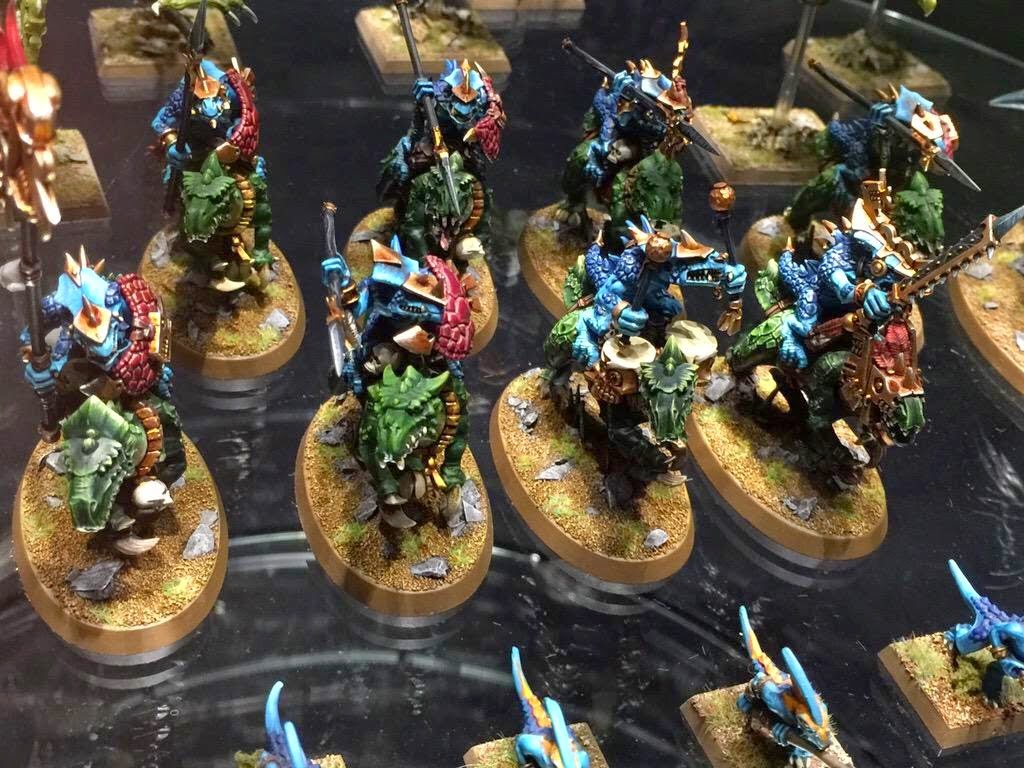 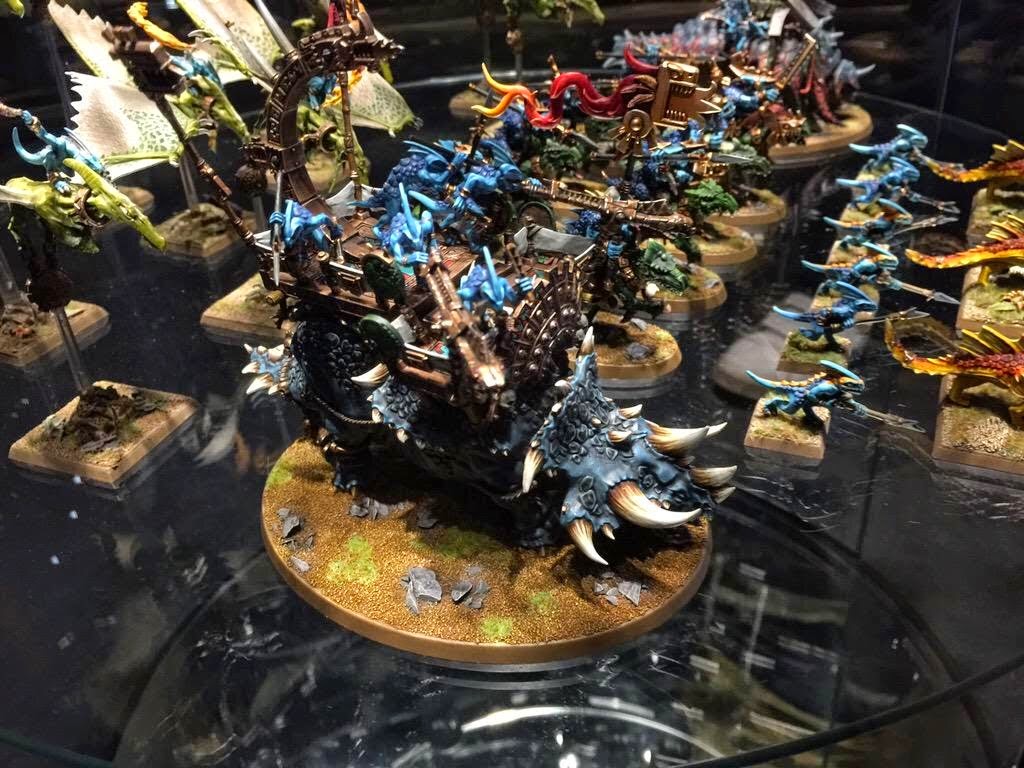 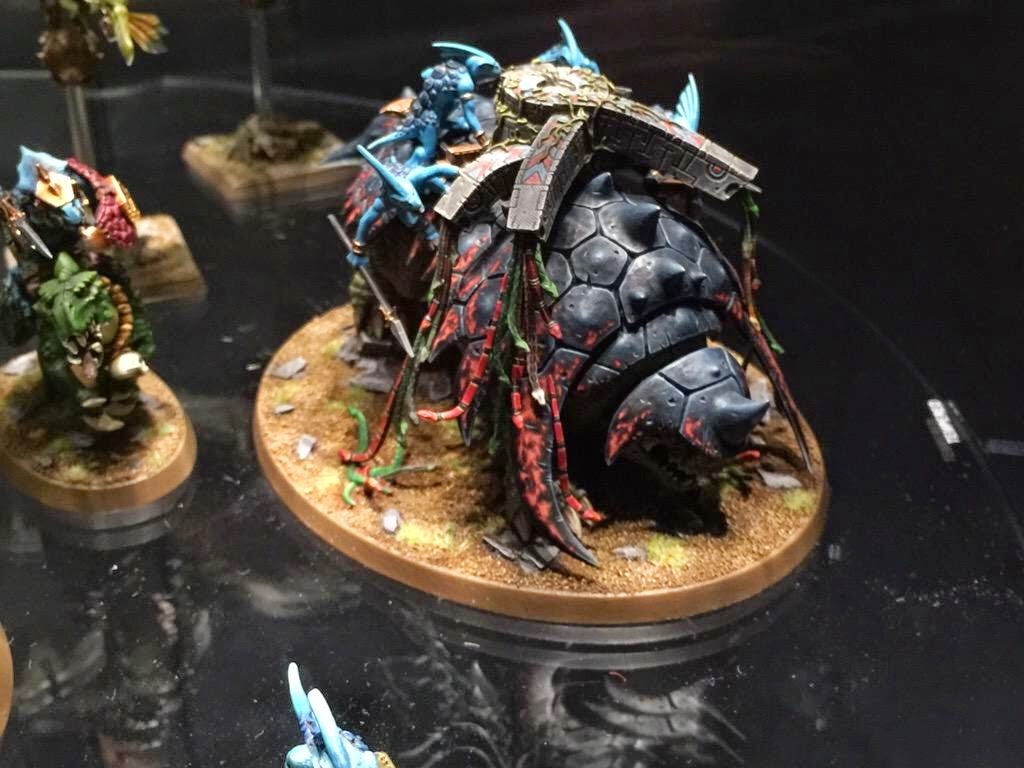 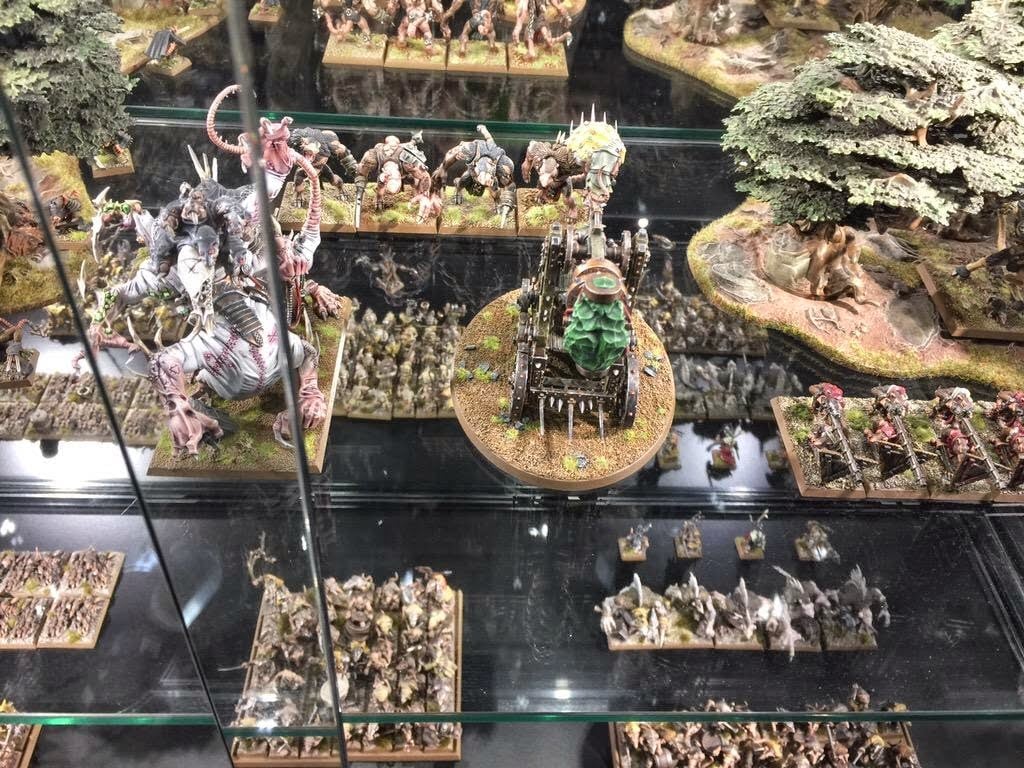 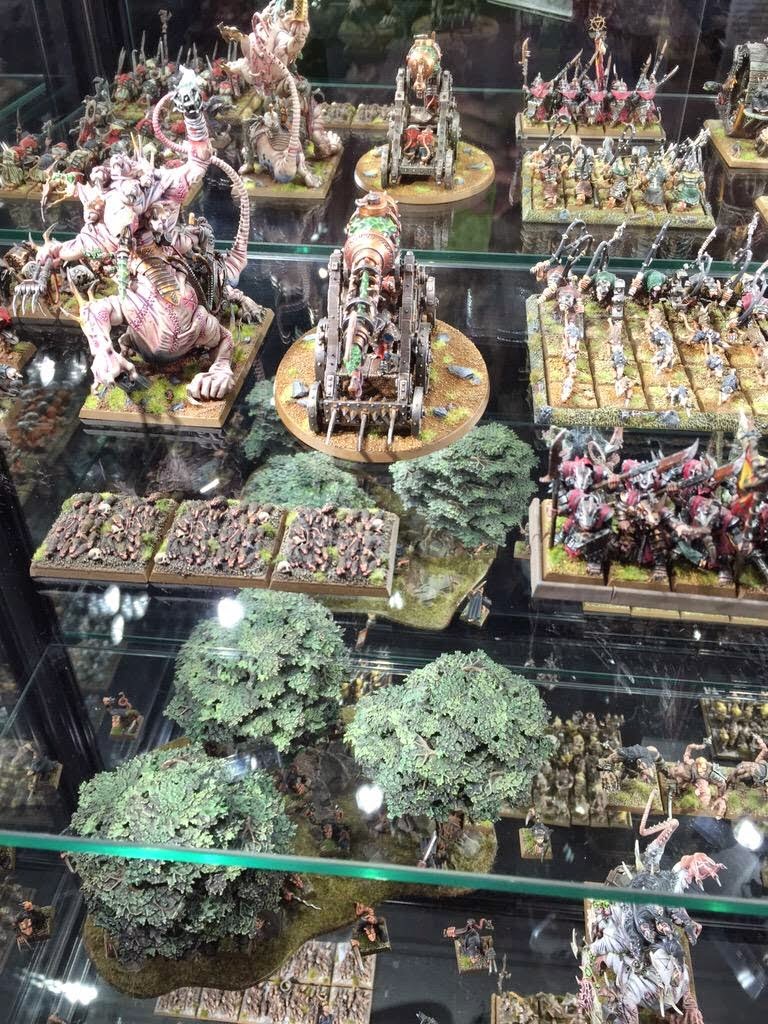 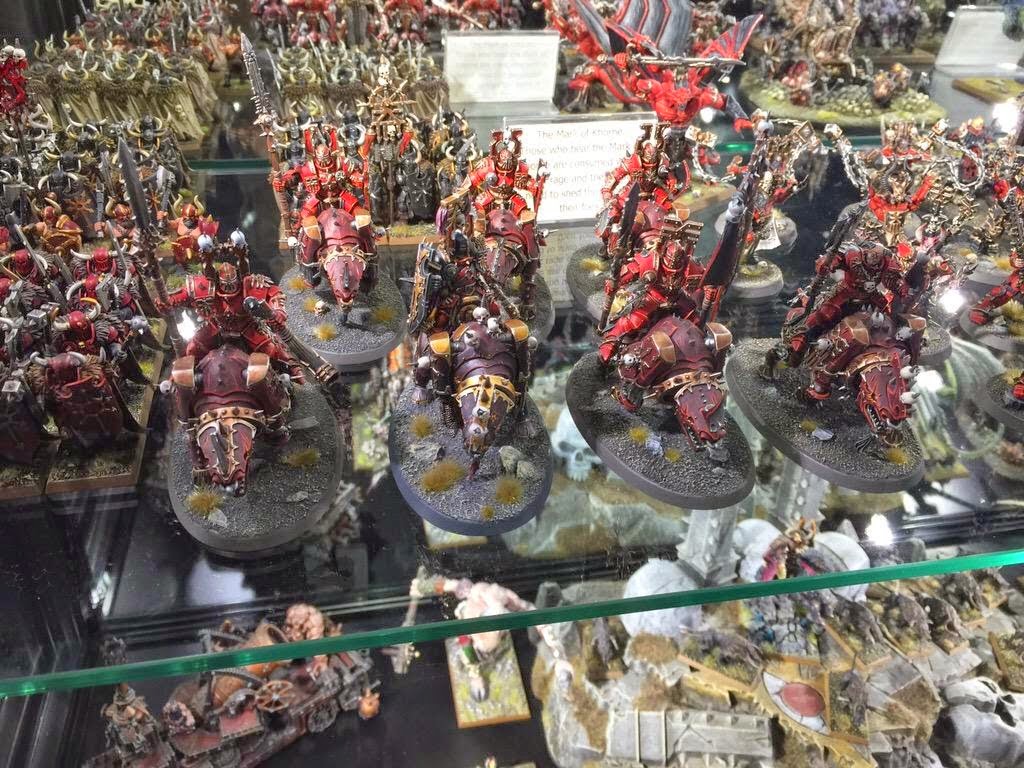 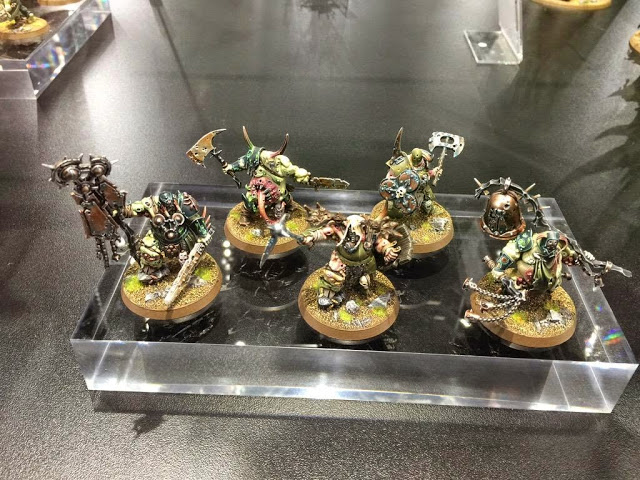 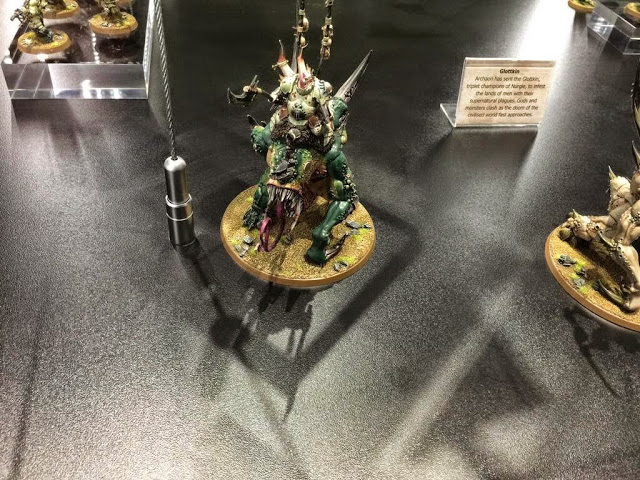 Very interesting indeed. Before everyone panics, keep in mind that there is NO way Games Workshop would unveil a new basing convention without something coming VERY soon for all you Fantasy players out there.
I would imagine we’ll see more on this very shortly.

More round base pictures, and Fantasy displays from Warhammer World below!