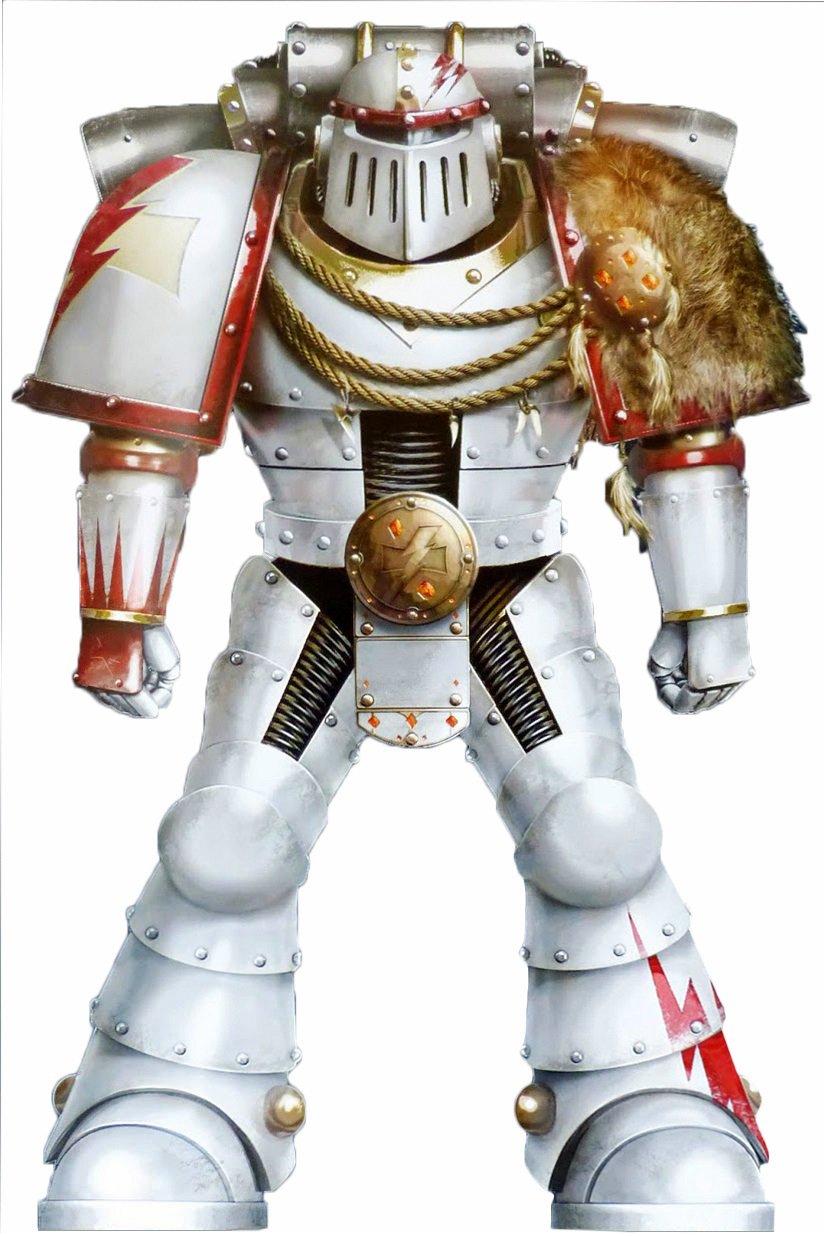 – 2 weapons each of lascannon, multi melta, heavy bolter, plasma cannon, missile launcher & grav cannon.
– 6 sets of legs, one kneeling
– The firing rockets are optional and there are 2 in the box.
– Yes there really is a cherub carrying a melta bomb.Chapter Tactics appear to be for the army and then certain Doctrines can be applied on a turn by turn basis
– Tactical Doctrine: Effected models can re-roll 1’s in shooting and assault phases this turn. Tactical squads and characters that have joined them, may re-roll all failed to hit rollsThere’s White Dwarf Exclusive objectives in this issue for armies using Salamanders Chapter Tactics (1 of them “Weather the Storm” is to launch an assault and to not suffer a casualty to Overwatch just for example)- Space Marine codex is 200 pages (largest yet) including a Gladius Strike Force Detachment and 12 Formations.

15 Look Them in the Eye – Bonus VPs for wholly destroying enemy units while htey are within 6″ of your units.

~ Ohh that’s a LOT of formations, hopefully with some for each 1st Founding Chapter…  Also are you sold on the “missile firing” bits?

Author: Larry Vela
Dad, Gamer, Publisher, Pilot, Texan. All games all the time since junior-high. I started BoLS Interactive in 2006. I’m a lifelong tabletop & RPG gaming enthusiast, and internet publisher working to entertain and inform my readers every day. I've been playing RPGs and Tabletop Games since the 1970s. I'm been playing and covering Warhammer and Warhammer 40K for over 35 years.
Advertisement
Space Marines Tabletop News Warhammer 40k
Advertisement

Games Workshop Schedule: The Month Ahead