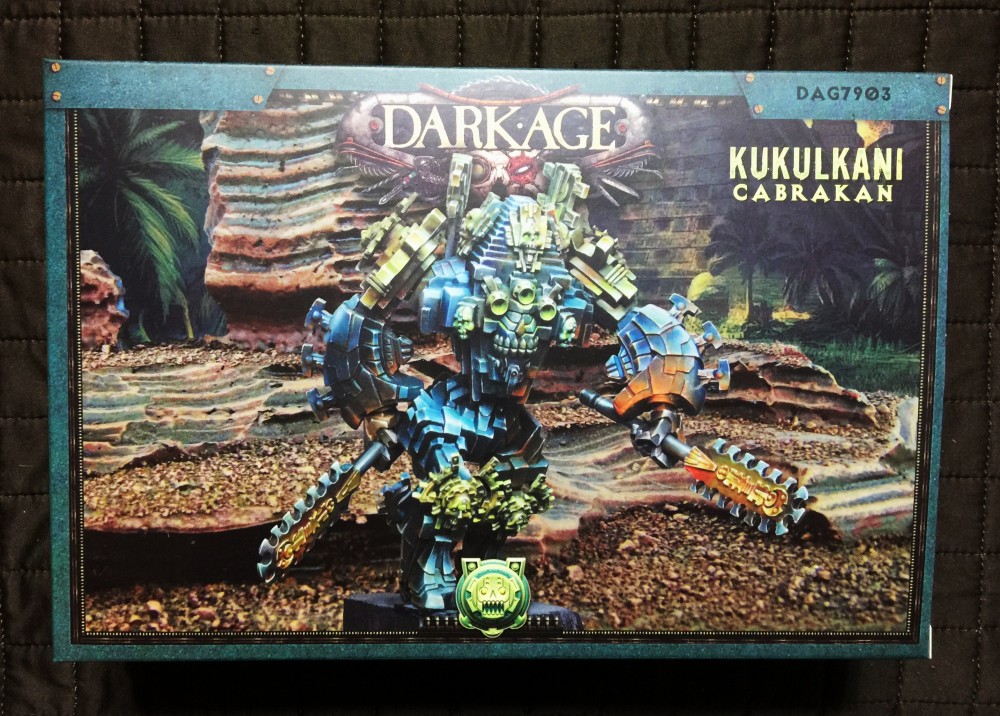 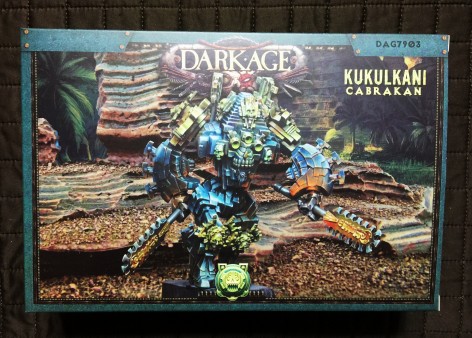 Sometimes you get your hands on a kit so cool and weird you have to show it off. Behold the Kulkulkani Cabrakan.

This kit is actually coming up on a couple years old now, but since I’ve been playing my Kukulkani force again recently, its suddenly on my mind. I finally have a reason to paint it, and that means if I don’t take some unboxing pictures now I’ll never have the chance. And since I mentioned this guy in my other Kukulkani unboxing article, I feel like I have to give him an article of his own. 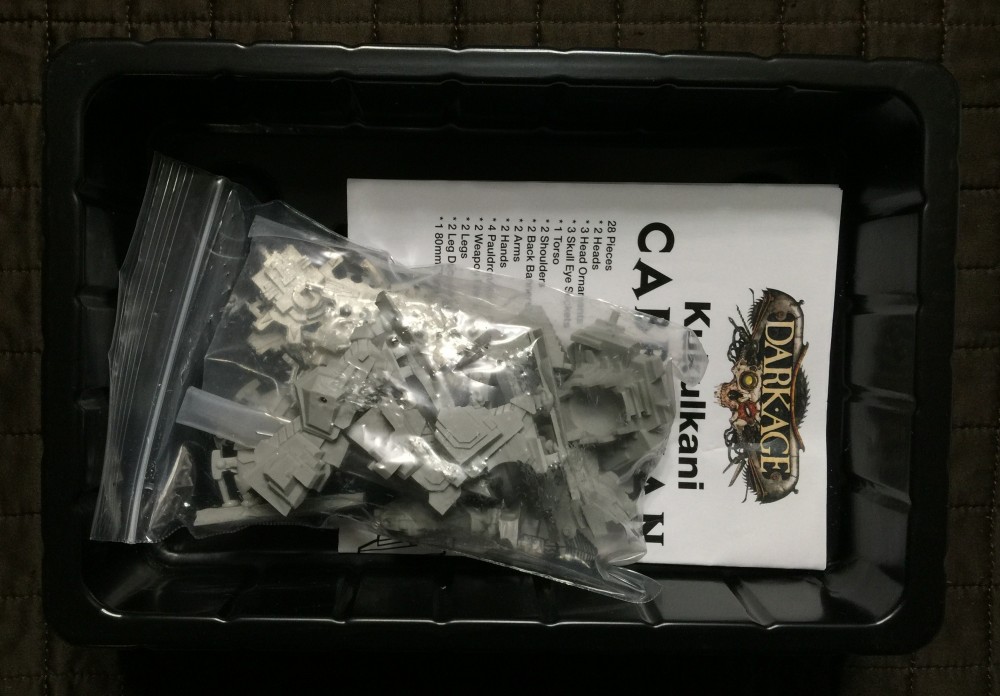 All the pieces are ziplocked up inside the box. There’s a smaller bag inside to keep the tiny and more delicate pieces safe. 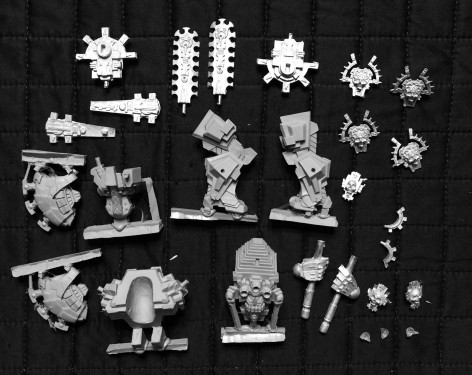 And here are all the pieces. I was a bit worried about how they’d fare stuffed in that bag, but everything was in good shape. 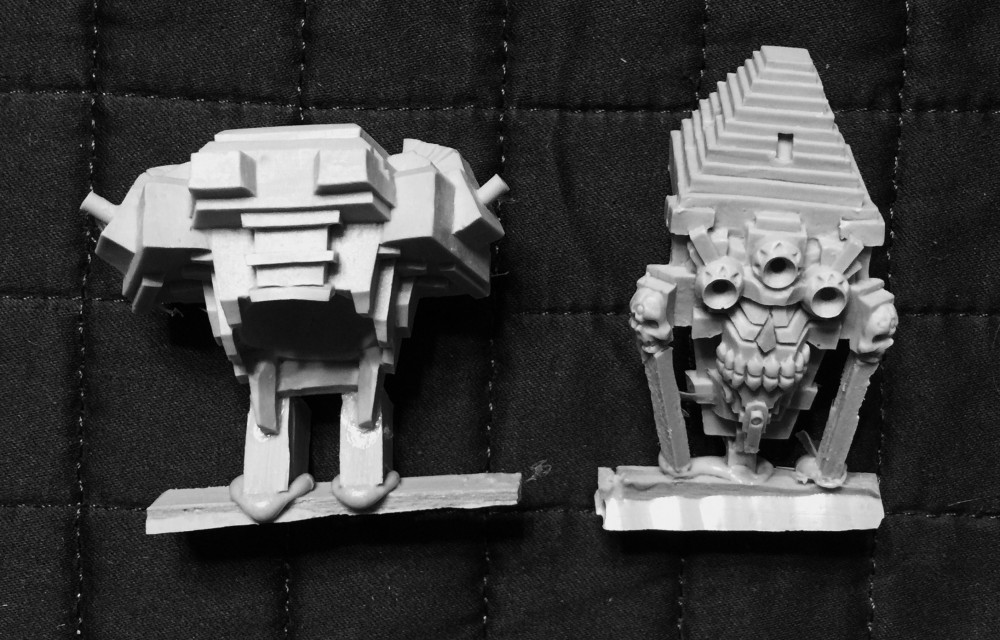 What I find so intriguing about the model is all the hard angles. I mean yeah, his pyramid head is going to be like that sure. 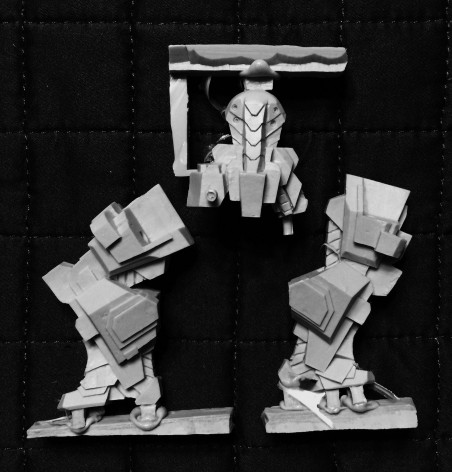 But the motif carries on throughout the figure. It almost reminds me of a cubist painting or something. 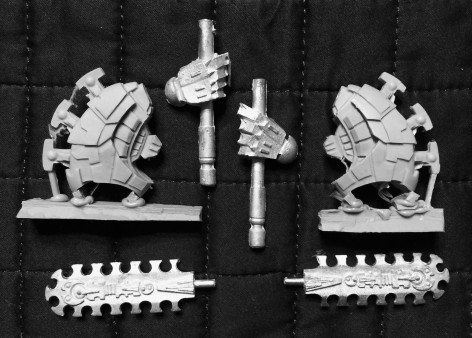 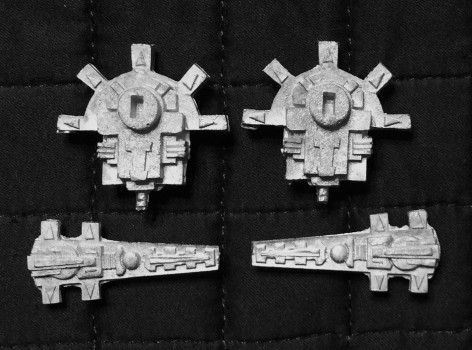 And of course it all mixes in with the Mesoamerican aesthetic 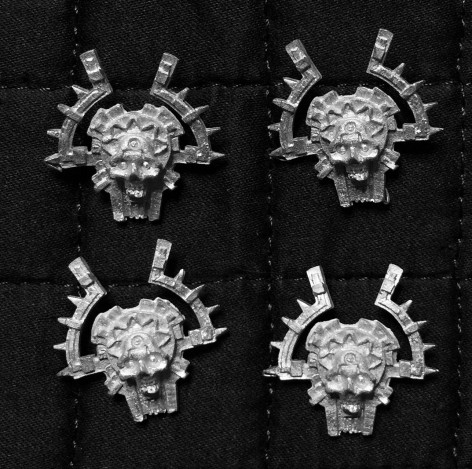 I don’t think you can buy Dark Age bits but these could have all sorts cool uses. 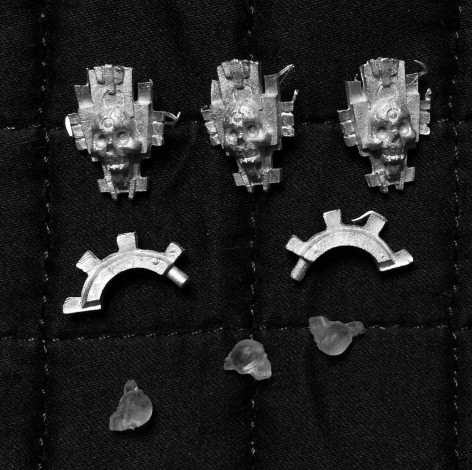 Same with these. At the bottom are some of those crystal skulls from the other article I linked earlier. 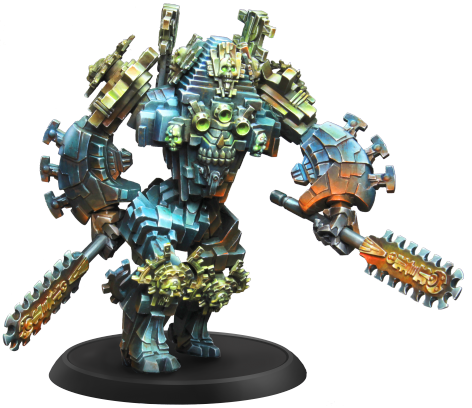 Here’s a better look at an assembled one with an amazing paintjob from the cmon site. Those skulls are supposed to go into those three sockets in the middle. I’m still in the middle of painting mine, and I think they look really cool there. it draws the focus to that area which I think is supposed to be the actual “face” anyway. I believe the face on the pyramid is supposed to be more of an ornament, and I’ve been painting my own to try to make that more apparent.

~A very cool kit for a game I’ve really been enjoying. Who else has tried Dark Age?