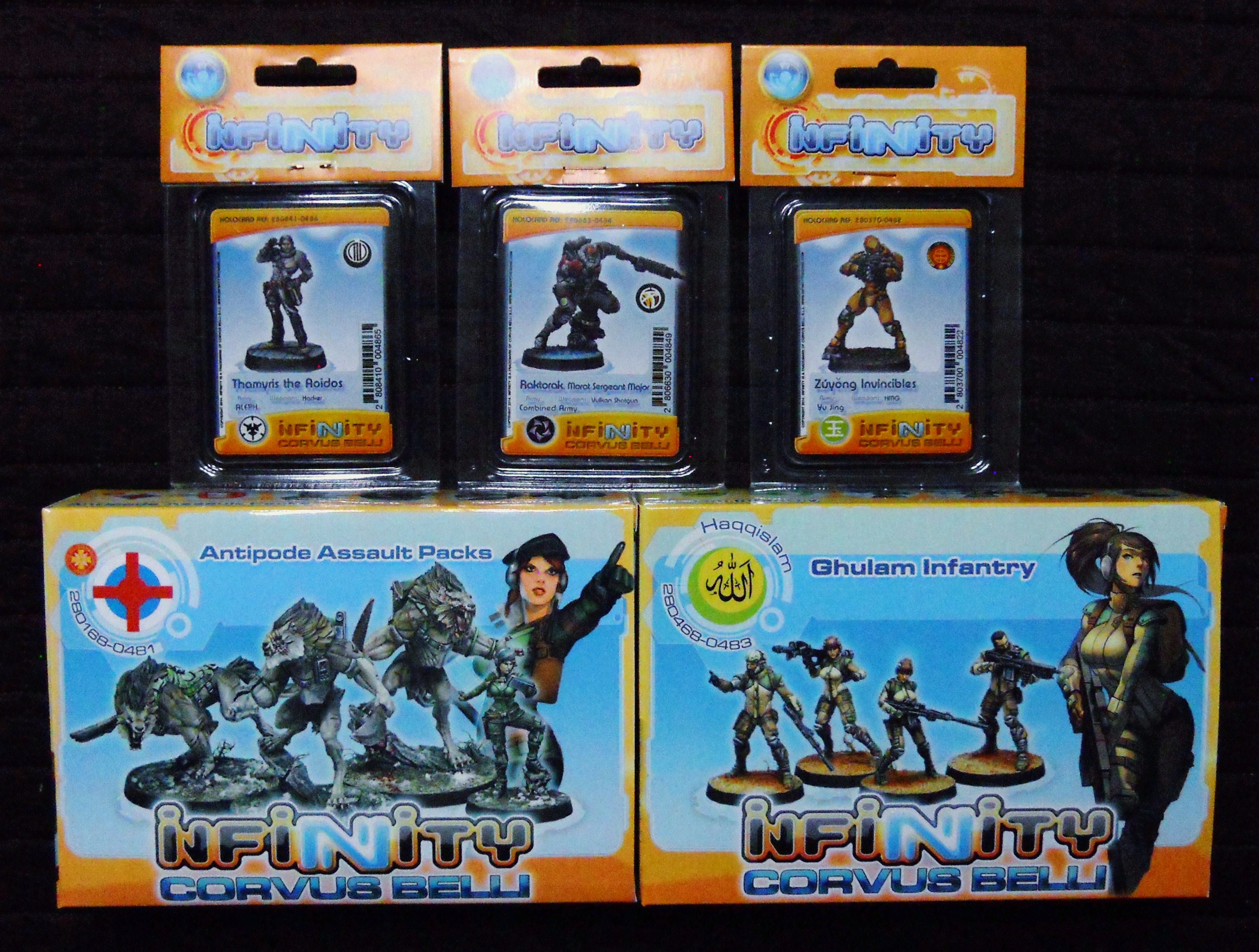 N3 has been out awhile now and I’m going back to examine past releases. Here are the ones from last August.

When these guys hit store shelves we weren’t quite sure what they would do in N3, and an N2 analysis was a little pointless. Now that N3 has been around for several months it seems like a good time to talk about them. 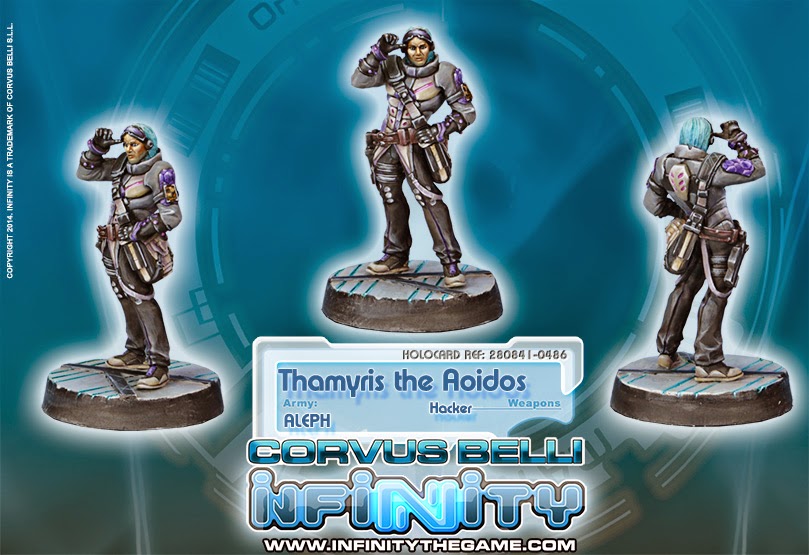 It seems a bit odd that a faction made up of androids would have the most characters but Aleph loves their ancient Greek mythological figures.  This guy was a singer who, can you believe it, got cocky and boasted he could out-sing the gods themselves. You can probably guess how well that went over. Now he’s a hacker for some reason. He’s not bad at it with WIP 14, but there are better hackers in Aleph. Not just higher WIP ones but Aleph is also fortunate enough to be able to take an Asura with the coveted Hacking Device plus. Thamyris does have a trick of his own though: a Marker to let him Launch deployable repeaters that he can hack from. Given how often my poor hackers get themselves killed, the thought of a Repeater I can launch is pretty attractive. This is the only Aleph model that can get this piece of gear so Thamyris makes a pretty attractive prospect. Then there’s the fact that this is the only hacker in Steel Phalanx with an actual (not just an assault) hacking device. Finally those Ekdromoi can use a controlled jump. 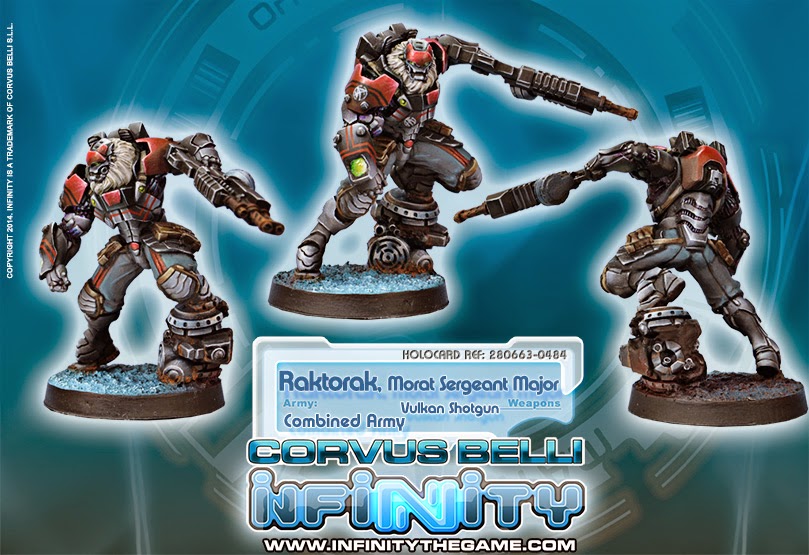 This guy is a little unusual in that, as far as I can tell, the primary reason he exists is to be the cheap fifth model in a full Suryat link. A link of 5 Suryats is just too expensive to really let you fit in everything you need, but this guy will free up points for (almost) a couple of Ikadrons. In other words, two more orders. And the Suryats will get the same +3 BS they would have gotten otherwise. So what about this guy on his own? For 5 points more you could get a Yaogat with better ARM and a Multispectral Visor Level 2. The Yao will just have a plain old boarding shotgun though. This guy’s Vulkan gets to use Fire Special Ammo in blast mode. Lets face it, Fire Ammo is pretty awesome. And he has a great BTS score if there’s viral ammo or similar things around. But even though he has a lot of good things in his favor, you can probably find a better use for the points if you aren’t interested in a Suryat link. Quite frankly I’m a bit surprised they even released this guy instead of another Suryat. There’s already a Raktorak in the Combined starter set and even though that one has a different weapon, I’m not sure if you’ll need this one too. I think he’s really a way to get a Raktorak without having to buy the new starter if you already own the older sculpts and don’t care to upgrade. 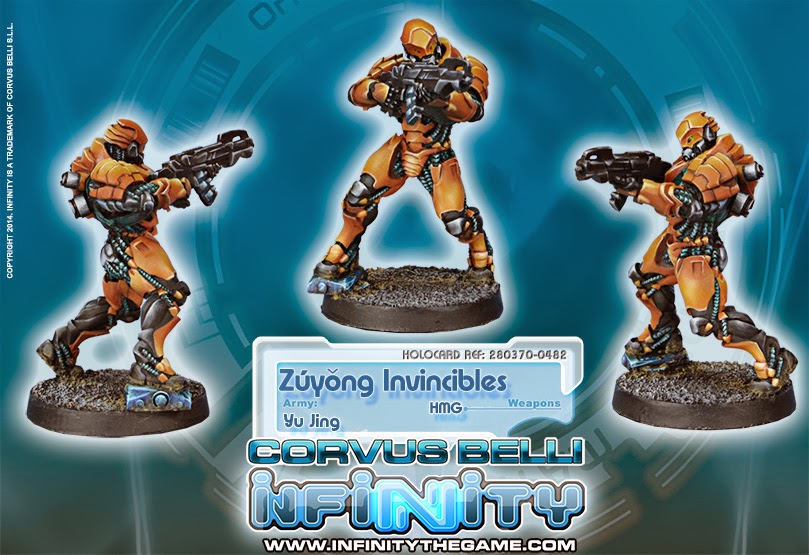 This Invincible is about as generic as it gets for heavy infantry. Honestly these guys are so inexpensive that I don’t think they even qualify as generic. Cheap is really a better word. ARM 3 is about as low as it gets for heavy infantry. And while you can actually find medium infantry with ARM 3, these Invincibles do have the extra wound and  4-4 move score which is the defining feature of most Heavy Infantry. So how cheap are these guys? This model with an HMG is only 35 points. The rank and file Zhanshi light infantry with an HMG will set you back 19. So this guy has two points of extra ARM, two points of BS, an extra wound, and several other improvements for less than twice the cost. And his HMG only costs 1.5 rather than the 2 SWC that more elite troops like Orcs or Mobile Brigada usually have to pay for the weapon. Unfortunately he only works for generic Yu Jing, so you sectorial players will have to go without this incredibly cheap HI option. 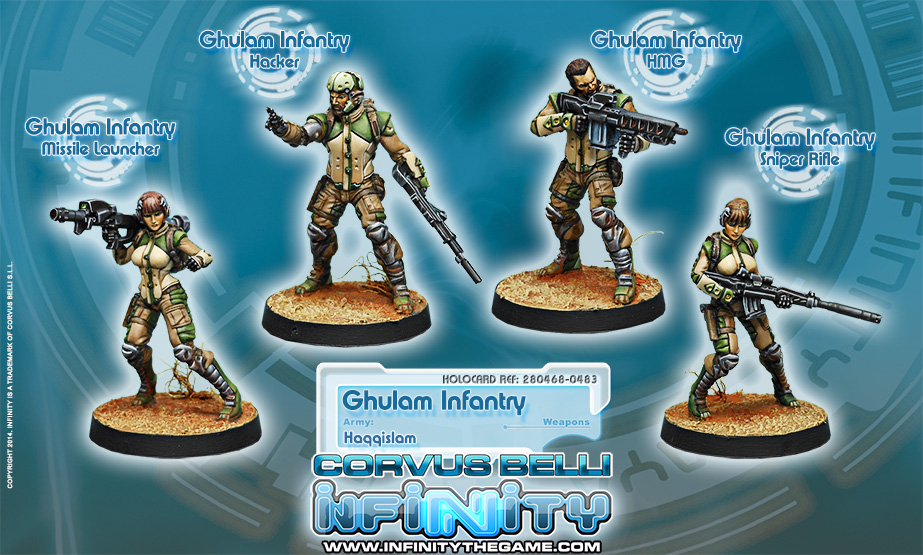 Cheap troops with Special Weapons for Haqqislam. They don’t cost many Army Points and their Special Wapons don’t cost that many SWC points. Fun fact, you can take the HMG loadout as a Lieutenant for only half an SWC. I don’t think this weapon comes that cheap outside of Ariadna. Oh yeah and since all Haqqislam troops have above average WIP the hacker in this set is actually quite useful. 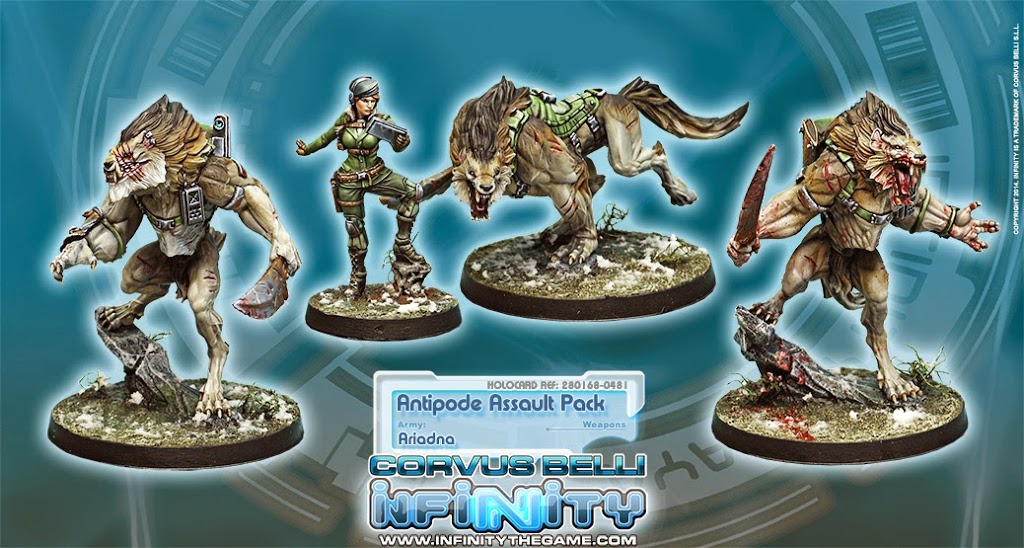 So I don’t think anyone will argue that these guys look amazing. But how do they work in game? They’re a tricky unit to use. Their activation is very similar to a coordinated order. You move the three big monsters together and reacting enemy models can only target one with AROS. Obviously you don’t need to spend a Command Token every time you use the pack. They have to activate together and the three only add one order to the pool.

If it wasn’t obvious, these are some models that want to get into CC. To help them make it there, they have Camo, so they’ll be harder to hit and will have to be spotted before they’re shot. Of course when you activate 3 Camo markers at once, your opponent will realize immediately that they have an Assault Pack on their hands. Additionally they have a high PH so they can dodge more easily, and Kinematika L2 so they move further with a successful dodge and can get into CC more quickly. With Super Jump and a Mov 6-6 value, little things like buildings won’t get in between these guys and their prey. And with Jungle Terrain, jungles won’t either. They even have Sensor so they can easily reveal camouflaged models nearby. If they can make it into CC they will absolutely shred whatever they find. Even tags aren’t safe since if all 3 make it into CC they’ll dish out a Burst 3 attack with AP, a PH of 17, and CC 20. Even with all this going for them, all four models will still only cost you 25 points.

Despite their ferocious appearance, they’re still vulnerable to other CC specialists. Things like Ninjas with a higher CC and Martial Arts will ruin their day. If they do get hit you can expect them to go down since being big and scary doesn’t actually make you any harder to kill. In Infinity it’s actual armor that counts, and these guys don’t have any of it. They have to rely on dodging to survive and if you roll low it can spell disaster. And if even one of them, including the controller dies, they have to pass a WIP check at -3 or go into retreat. Since they only have WIP 13, that makes it a 50/50 shot to pass or fail. Fortunately you can spend a command token to bring them back to normal. And since they count as a single trooper just the one token fixes all of them.

~How do you Infinity players feel about this release cycle? Did I get it right? Which one is your favorite?