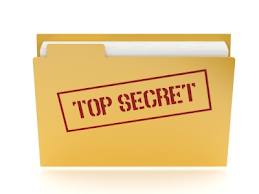 Pimpcron exposes the “leaked” 10-year plan for Games Workshop. It was filed under “Satire”.

Hello all! Your sneaky, sneaky friend Pimpcron is back! And this time with a glimpse into Games Workshop’s future thanks to some Flayed Ones Deep Striking into their “Vault of the Future”. (They are pretty melodramatic, right?) Anyway, all of this was filed under “Satire”; I’m not sure what that means.

Re-release all Codices again. Even the ones that were just released. They will be twice the current price, but will include a handful of new pictures of their models and water down your army flavor even further! What a deal!

All releases, even new models, will be limited-time releases. Games Workshop will release only minor amounts of these products and models, but keep about 80% in their warehouses. Once the secondary market prices spike because of the false demand, GW will slowly release their own products on eBay, and other secondary websites at 300% mark-ups.
Meanwhile they will publicly condemn those sites and make half-hearted legal attacks on them to keep up appearances.

Re-release all of the Codices AGAIN, but this time each codex will only include HQ and Troops unit entries. The Elites, Fast Attack and Heavy Support Data Sheets being sold separately as Supplemental books. (Ex: “Codex Space Marines: Heavy Support”, etc.) Each book will be $50 USD. 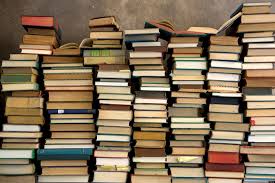 I brought the rules for my army.

They will release a series of new codices with full model lines, only to discontinue them within the year. Consumers will assume this is part of some sick joke.
Also, the rules are changed so that ONLY Games Workshop terrain may be used for playing. This is an attempt to cut out the custom terrain market, and (totally unrelated) their terrain prices go up within the week. They issue a statement saying that any scratch-built terrain is a direct infringement of their IP and anyone caught playing with non-Citadel terrain will be issued a cease-and-desist letter before receiving a lawsuit.

Double or Triple all maximum unit sizes for all armies and cut all points costs in half, in an effort to sell more models. A block of 90 Ork Boyz ranked up for 270 points will be common sight. “Typical” and “Suggested” sizes for games will double as well. 4000 point games will be common and will look more like Warhammer Fantasy. 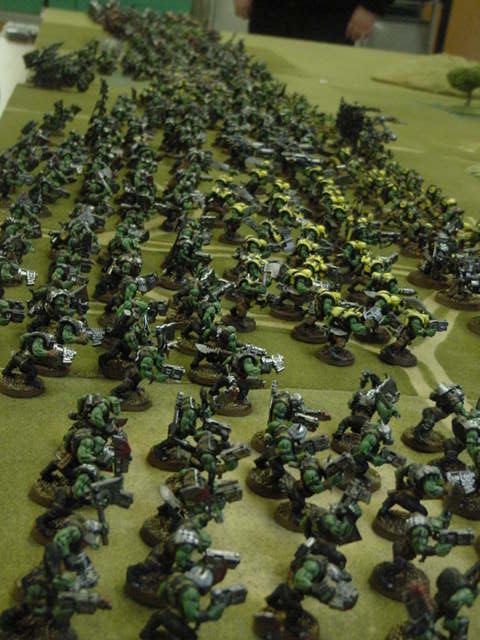 This is one of my Troop choices. Oh yeah, they have Objective Secured.

With the accessibility the average person will have to 3D-printers, GW’s sales start to drop dramatically, causing them to turn to renting plans of their miniatures via online market places. The brick-and-mortar stores that are still open by then will only sell clam-packs with a slip of paper in them that can be redeemed online for a one-time use of the corresponding miniature’s 3D-Printer plans.

As the next extreme step in supplements and formations, Games Workshop will begin running “1-day only” Daily Supplements. In other words, if you happen to be playing 40k today, you check the website and find out that the Daily Supplement that was just released includes a big discount on the points-cost of Berserkers! They are only 5 points each today! Or, they are all Strength 9 today! Sweet! They will often run significant Daily Supplements during tournaments as a back-door way of them making money through rigging the winners and losers. This will help prop up sagging GW stock with all of the gambling earnings.

Paper Codices are completely phased out with only Digital Codices being sold via the online store. They will be sold like the paper ones were, one for HQ and Troop, and separate ones for the other slots. They will be the same price as the paper ones, and will not include FAQ or Errata changes without paying for the update.

The most expensive pile of papers ever.

All Digital Codices will stop being sold out-right. They will only rent individual unit entries in 1-hour rentals. So each time you want to play, you have to log your tablet into GW’s website, select the units you want the rules to, and select for how many hours you plan to play from the drop-down list. Then pay via Paypal or Credit Card. It will be $5 per hour for each unit entry you want access to.
To prevent people just writing the entries down, Games Workshop will make daily changes to each unit entry. Some important, some not. One time you rent a Terminator entry, they might have a 5++, another time they might have a 4++. Sometimes, they come equipped with Thunder Hammers automatically, other times they might have Power Fists automatically.

Due to all of the 3D Printer Plans piracy, Games Workshop releases a new Battle Board that is essentially a 4-foot by 6-foot LCD Touch Screen Monitor that lays flat. You can only play 40k on these boards if you buy their 3D Printer Plans for the models, then purchase the corresponding bases that contain microchips. The bases tell the Battle Board what units they are, how many wounds left, etc. and the Board displays appropriate unit and weapons rules and stats in the corner.
It is at this time that GW discontinues sale of their digital Codices to tablets and mobile devices, and the only way the codex may be viewed is through their Digital Battle Board.

So what do you think? Is it dangerous for me to be giving them ideas like this?