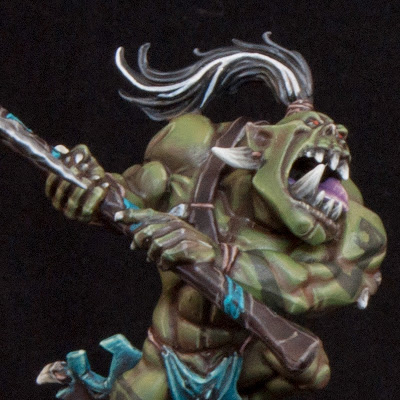 I originally painted this model back in 2012 and won a Silver at the US Golden Demons, well this is take two on this sculpt. Same sculpt, same paint job, different model. Why would I paint a duplicate of the same model? Several reason actually. 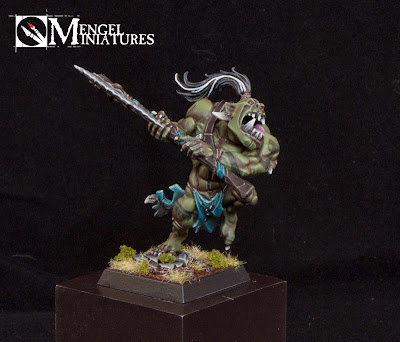 I just finished this guy up over the weekend to give to my dad as a birthday gift this past Sunday. He likes to show off some of my models in his office. Previously I had painted up a Ratling Sniper for him and when I asked him what he wanted this year he suggested one of my models I would be willing to part with. 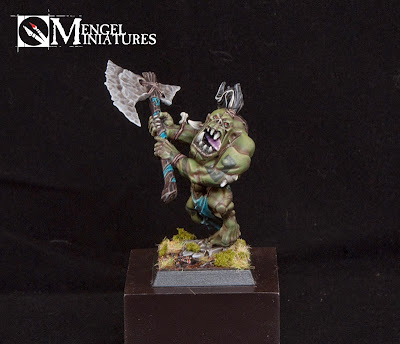 Well that’s easier said then done. It clearly has to be a pretty well painted model, since I want it to show what I am capable of, but all of my top shelf models have either been sold or I want to keep them for myself. When I was looking through what I had I found this Savage Orc Boss that was about 75% done, and has been in that state for over two years. After I had won my first Golden Demon award with a Savage Orc Boss I put on a painting class at my local store at the time, in Austin, TX. It was a Golden Demon workshop where I went over all of the techniques I had used to paint my winning entry. 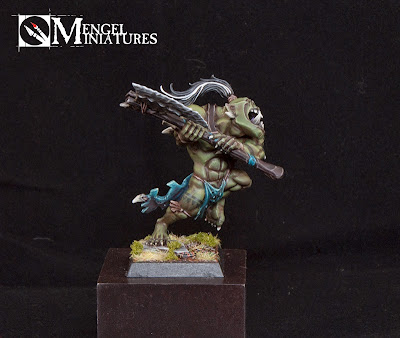 When the store told Games Workshop what they were organizing with me, GW was kind enough to donate a bunch of the plastic Savage Orc Boss models to use as well as a bunch of paint. I ran the class twice, and used the guy above for both of them. They ran about eight hours a piece (the store’s entire business day on a Sunday) and most of the people who came to the second class had been at the first. 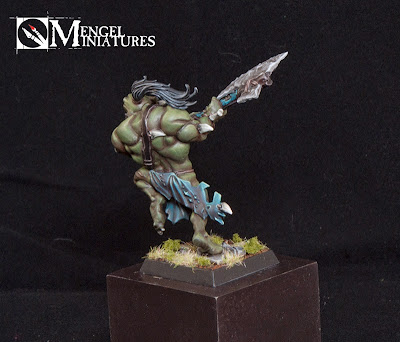 So when I found this guy again on my shelf this weekend, the only things I still had to were some of the straps, the base, touching up a few areas, and a few other odds and ends. I actually ended up tightening up a few of the highlights and lightning them up in spots as well. It was interesting looking at this model, that although it wasn’t exactly the one I had painted for the Demons, it was pretty darn close, and finding things on it that I would improve now. My painting style has definitely evolved since then and I would say I’m less afraid to push my highlights now compared to then. I also prefer really sharp, thin lines, sort of like the ‘Eavy Metal style. 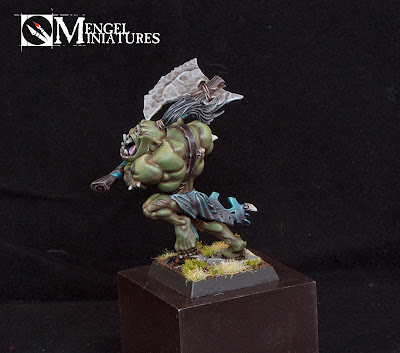 I have been saying I was going to finish this guy for years now. My original plan was to finish him and sell him on eBay, but all it took was my dad’s birthday to finally motivate me to push that final bit. I may have lost out on a sale, but hopefully it will suitably impress my dad’s co-workers from his desk top. Who knows, maybe I will even get some commission business out of it? 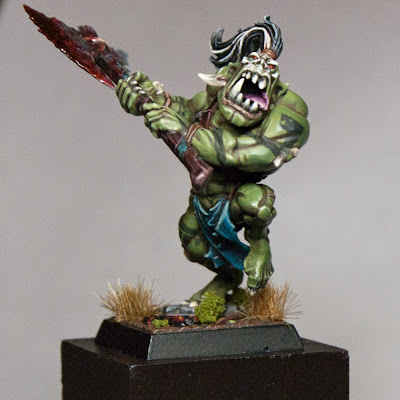 Here are some pictures of my actual Golden Demon Orc model. You can see a few differences, like the face paint, and blood on the axe, but for the most part it’s the same thing. I also used different colors on the two, since the original was painted with my own paints, which were primarily the older GW line at the time, while the newer one was painted with the store’s paints, which were all new colors. The main difference is the green, the older equivalent was much brighter. It was Knarloc Green for those interested. 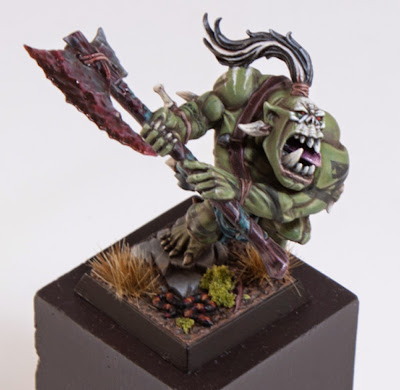 The other thing that really stands out to me, is how much my photography skills have improved. I won’t lie, it’s a steep learning curve, but I think I have it down now.  I think I am going to retake the pictures of my older model sometime soon, so look for those when I do. I’ll even throw up a side by side comparison of the original and the duplicate when I do. You can read a Part 1, Part 2, and Part 3 from when I was painting him for the Demons back in 2012.

As always, please be sure to vote for him on Cool Mini or Not here.