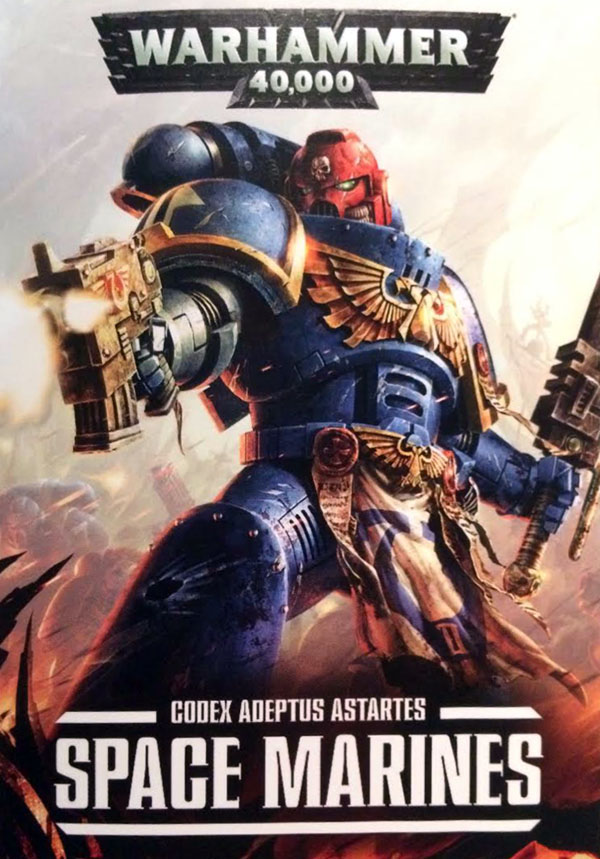 One lucky gamer got to flip through the new codex.  This is what he saw:

” I apologise if I’m uploading info that has already been posted.
FLGS nearby started showing SM codex for preview.
I simply skimmed through the codex so there will be many gaps and slightly inaccurate parts.
Points costs will not be posted.Chapter Tactics still remain, although every one of them has been ‘buffed’.
White Scars for example all get hit & run whether the model has bulky rule or not.
Combat Doctrines only gives to-hit rolls.

Devastators do not have Slow and Purposeful.
They do get a wargear allowing the squad to re-roll failed to hits for a single shooting phase.
Tactical squad can carry grav cannon & amp, although it’s almost twice as expensive as lascannon.

Vanguards get bonus to charge distance, while Ironclad & Venerable dreadnoughts get 4 attacks minimum.
Assault centurions’ siege drill now strikes at S10
Legion of the Damned is still in the codex, and it’s DS ability has been slightly buffed.

Most vehicles, if taken in squadron of three, gain significant buff.
Multiple Stalkers(now with interceptor) can ignore cover, where as three vindicators can instead fire a single shot with apocalyptic blast which ignores cover.

That’s all I can recall with any degree of clarity.”

It looks like those old 3-vehicle Apocalypse1.0 formations have make their way into the codex.  My 3 vindicators are looking forward to this!