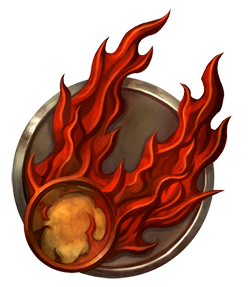 In celebration of the big event this week – we delve into the man, the legend, the Heldenhammer – Sigmar!

lore via our sistersite – Lexicanum

Sigmar Heldenhammer was a warlord from the Unberogen tribe who went on the found The Empire. Sigmar is now worshipped the patron god of The Empire. His sign is a two tailed comet. Sigmar carried the Dwarf-made warhammer Ghal Maraz, which is still a symbol of the Empire today.

The Imperial Calendar (IC) which takes its starting date from Sigmar’s coronation as Emperor, places his birth as the year -30 IC. Sigmar was born the Reikland area in the southwest of the Empire, to the Unberogen tribe, generally considered to have been one of the most powerful pre-Empire tribes. The night of his birth was marked with the appearance of a twin-tailed comet, which the human tribes took as a sign of great portent from the gods.

In the year -15, Sigmar is believed to have helped drive off a Goblin invasion of his village, and in the same year, led a punitive expedition against a Goblin war-party that was holding Kurgan Ironbeard, a king of the Dwarf people, a prisoner. In gratitude, Kurgan presented the young warrior with a magical rune-enchanted warhammer called Ghal Maraz (‘Skull-splitter,’ in the Dwarf Khazalid tongue).

Sigmar then went on a campaign to unite the disparate tribes of the future Empire, and one by one they submitted, either by conquest or diplomacy. The most famous incident was his subjugation of the belligerent Teutogens, the largest and most powerful tribe, who lived near the Middle Mountains in the north central Empire, near the current location of Middenheim. Their chieftain, Artur, was defeated by Sigmar in single combat.

From that point onward, Sigmar embarked upon a campaign of purgation and liberation throughout all of the tribal lands, primarily against the Beastmen, the human followers of Chaos such as the Norse (as evidenced by his defeat of Morkar’s invasion) and Greenskins (Orcs and Goblins), culminating in the First Battle of Black Fire Pass (IC -1), in present-day Averland, in the south-east of the Empire.

Following this great victory, Sigmar returned in triumph to his native Reikland and was crowned Emperor Sigmar Heldenhammer (‘Hammer of the Goblins’) I at Reikdorf, the site of the current Imperial capital of Altdorf. This date remains the Empire’s greatest holy day, as it marks Sigmar’s coronation and abdication fifty years later (IC 50) – it is in the summer of the Imperial year, on the 18th day of the month of Sigmarzeit.

Sigmar set up the leaders of the twelve main tribes that followed him as the Elector Counts of the Empire, a position that remains to this day.

The first main threat to the Empire during Sigmar’s reign was in the 9th year of the Imperial Calendar, when a massive Norsii invasion ravaged the Imperial lands north of Middenhiem. A climactic battle occured outside Middenheim at the height of the fighting, with Dwarf and Human troops battling the invading Norse. A Daemon Prince] led the Norse armies, protected by magical wards that stopped it from being harmed, but said wards were undone by the first Runefang Blodambana, or Bloodbane, wielded by Count Myrsa of Middenhiem, allowing Sigmar to kill the Daemon Prince outright. After the defeat of the Norsii, however, Sigmar’s army were set upon by Skaven ratmen emerging from the tunnels under the Faushlag Rock, but through sheer perseverance, the Skaven were defeated. It was during this time that Sigmar’s brother, Pendrag, and his love, Ravenna were killed by the swordsman Gerron, who escaped to the Norsii lands. Afterwards, Sigmar led a year-long crusade against the Norsii tribes, wiping out village after village, yet also searching for Gerron, in revenge for his betrayal.

The second threat to Sigmar’s realm was from the necromancer Nagash, who wanted to claim his crown back from Sigmar. Although the Empire was ravaged, and three tribes, the Justones, the Brigurdians and the Menogoths, were all but wiped out, Nagash was defeated at the gates of Altdorf by Sigmar’s army, and the necromancer destroyed.

In the fiftieth year of his reign, Sigmar put by his crown and set off into the east. Sources conflict on the details of what precisely motivated Sigmar to do this; some accounts claim he set off to return Ghal Maraz to the Dwarfs, but the famous rune-hammer has traditionally been the weapon of the ruling Emperor and the primary symbol/relic of the Sigmarite cult, founded by Johann Helstrum in IC 73. A number of heresies have sprung up regarding the authenticity of Ghal Maraz, but the official Imperial position is that the weapon wielded by the Emperors is the hammer of Sigmar.

Following his disappearance, Sigmar passed over the World’s Edge mountain range and no human ever saw him again. Since he was never known to have died, this may have played a large role in the early successes of the cult established in his honour. It’s now the foremost religion in the Empire and is inextricably intertwined with the political, cultural, and national identity of the Empire and its people. Interestingly, Sigmar never claimed to be a deity and his own religious beliefs while alive are subject to conjecture, although tradition dictates that he was crowned Emperor by the High Priest of the cult of Ulric, the northern god of winter, wolves, and war. However, the priests and worshippers of Sigmar often receive measurable and often positive answers to their entreaties and petitions, suggesting that something with some measure of power is answering them. Many take this as a sign that Sigmar indeed is a god, and watches over the Empire.

Lexicanum is looking for some Warhammer Fantasy fanatics, to keep pace with the ever changing world of Warhammer.  From chronicling the End Times and into the future of the Age of Sigmar, if you love wikis, come add your knowledge to the most accurate Warhammer wiki out there.