The Tome worthy of Sigmar is finally here! Checkout these Top Ten “Shockers” that we may have missed about what’s happening in the new Age of Sigmar!

1) True Homies –  Tyrion can see though his brother Teclis’ eyes. They wonder the realm of Hysh looking for any sign of other Aelfkind, but as of yet have found none (besides Malerion and his mother, who is ‘changed’).

2) They’ll be Back – When a Stormcast dies, he returns to Sigmar’s Realm as a flash of energy, ready to be reforged once gain. However they slowly lose a piece of themselves each time.

3) The New Gods – Tyrion, Teclis and Malerion Two of these Aelfkind are newly born gods, which two is anyone’s guess at this point but my money is on Tyrion and Malerion.

4) Blinded by the Light – Sigmar persuaded Teclis and Malerion to join forces and provide a barrier that surrounded the heavens and perplexed even the great Tzeentch himself. Under the cover of these clouds, the Stormcasts were created.

5) Summon Daemons – In battles fought using the Time of War campaign, Chaos Lords have a very good chance of summoning in units of Daemons every turn!

6) Nagash Risen – Nagash rises again (after being dispatched by Archaon) and with him all of the restless dead across the mortal realms. They bay to his commands, and now the walking dead battle side by side with the God King’s forces.

7) Lightning Bolts – The Dwarven God Grungni created the means by which Sigmar could teleport his forces to the realms. The rest was up to them once they arrived, as the only way they would return to Azyrheim was via a realm gate or by their demise.

8) Ghal Maraz – The fabled hammer, lost by Sigmar has been spotted in the realm of Chamon guarded by Tzeentch’s forces.

9) SPIES! –  The Skaven have spies stealthy hiding in Sigmar’s court, and they know where Ghal Maraz is now too.

10) The Betrayer. It was Nagash who was the great betrayer. He let down Sigmar in the final battle against Chaos in the Allpoints war – only to be shived in the back by the Skaven who had penetrated his realm of Shyish. Thus beginning the War of Bones.

~These Age of Sigmar campaign books are really cool. It’s like reading the original Realms of Chaos books decades ago – we are seeing wholesale worldbuilding again coming from Nottingham.

Author: Robert B
Robert is a veteran tabletop and miniatures gamer, and writer with over 20 years of experience. His specialtiesies are the worlds of Game's Workshop's Warhammer. He began writing for BoLS In 2010.
Advertisement
Age of Sigmar Lore
Advertisement 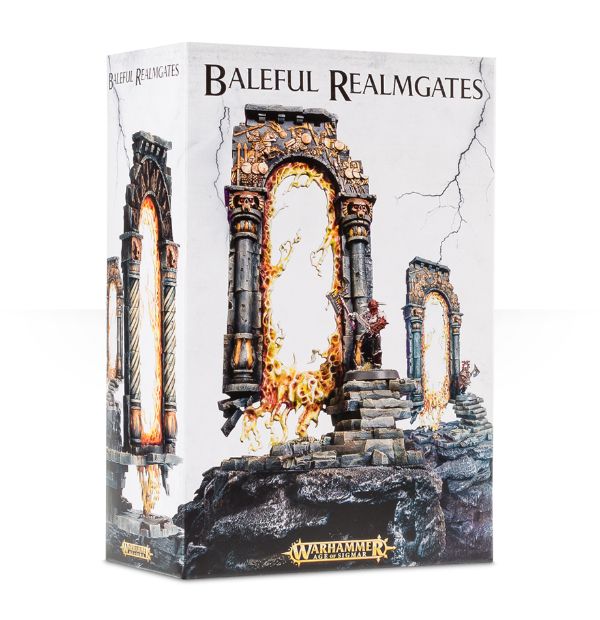